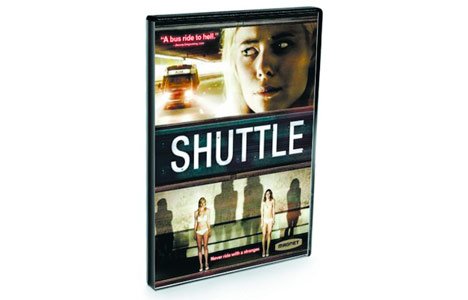 Passengers on a late-night shuttle bus from the airport get hijacked by a robber whose methods and motives seem to make no sense.

For most of its running time, Shuttle delivers exactly what you’d expect from a low-budget straight-to-video suspenser: conventional acting and visuals, stock characters whose attempts to escape meet with violent reprisals.

Two things kick it a notch above formula tedium.

The story takes increasingly nasty turns that escalate to a final, vicious twist, and Tony Curran delivers a remarkably restrained performance as the robber. Curran displays all the enthusiasm of a meter reader, which makes his gruesome deeds all the more real and terrifying.

The making-of doc is brief and uninformative.