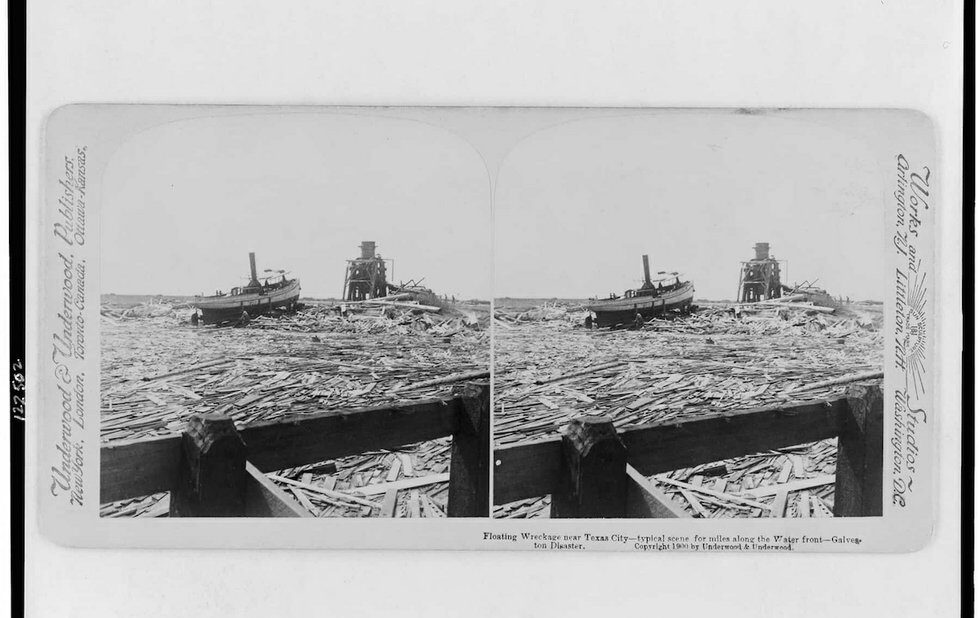 Welcome to NOW’s weekly spotlight on Toronto’s indie festivals and screenings. This is your chance to learn a little more about that cinematic event you’ve been meaning to check out, pitched by passionate programmers in their own words.

This week, because the screening in question is a little on the esoteric side, we went directly to the filmmaker.

Blake Williams, a Toronto-based experimental filmmaker and film critic whose eerie, dense and hypnotic 3D feature Prototype is back in a Toronto theatre for the first time since its TIFF 2017 playdates.

Prototype + A Selection Of Recent Experimental 3D Shorts, screening on Friday (January 18) at 7 pm at the Royal (604 College). “It’s where I first test screened my homemade DCP for Prototype right before I started sending it out to festivals two years ago,” Williams says, “so this kind of brings everything full circle.”

Williams’ hour-long feature – which begins as a meditation on the devastation of Galveston, Texas after a catastrophic hurricane in 1900, and spirals into something far stranger – will be screened with three other 3D shorts: Ken Jacobs’s Details of Pollock’s White Light, Johann Lurf’s Twelve Tales Told and Rainer Kohlberger’s more than everything.

Experimental, thoughtful, immersive. “I take pride in doing things with the 3D format that I haven’t seen in other movies before,” Williams says. “I think others appreciate seeing something new, in whatever form – things that don’t follow a template. The experience that Prototype offers is resistant to words, so usually I’ll have to gauge people’s reactions from the looks on their faces. It’s fun! The culture of cinema-going puts a lot of pressure on us to watch a movie and then immediately articulate a response to it – to translate what you’ve just gone through into a message or rationale or something – and so there’s some liberation that comes from seeing something that speaks primarily in images, and asks you to simply sit, watch and sense.”

WHY THE FASCINATION WITH A 119-YEAR-OLD DISASTER?

“I’m from the Houston area, so the Galveston Hurricane of 1900 has always been a very present part of the history and makeup of where I’m from,” says Williams. “It was important for me, in making a film that used this event as its subject, that I not try to speak for a time or experience I could never claim to be my own. Histories of things are written and recorded by individuals who have the power and influence to shape the narrative as they see fit, thus controlling how knowledge about our pasts is transferred to future generations, and so I’m always weary of propping up or adding onto a history that is always drifting further and further away from the truth of an experience.

“I wanted to make a film that was very forthcoming about this kind of distortion, and decided to surround the event with a sci-fi architecture that re-imagined everything: the storm as the origin of the 20th century cinema as the origin of vision and abstraction. 3D is funny because it has a way of making a movie world feel more real and more synthetic, and that’s exactly how I needed this world to feel.”

HOW DO THE SHORTS FIT IN?

“The three shorts are some of my favourite recent 3D films – one of which, made by experimental film legend Ken Jacobs, will be screening publicly for the very first time on Friday,” says Williams. “Each speaks to depth, abstraction, and time in ways that I think resonate with some of the formal strategies I used in Prototype.”