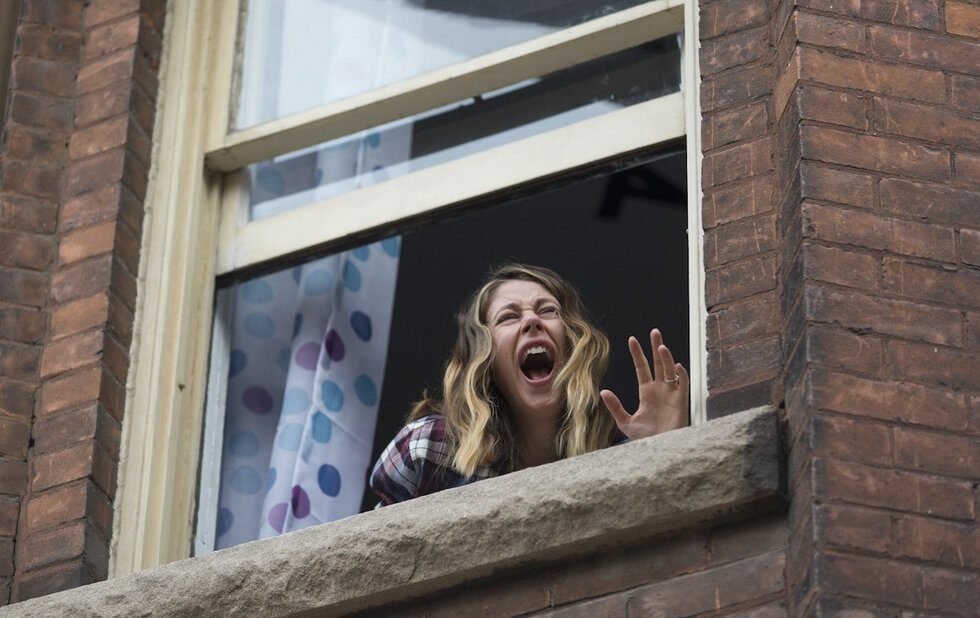 Amanda Crew contends with a dark presence spoiling her all-American lifestyle in Isabelle.

BLOOD IN THE SNOW FILM FESTIVAL at the Royal (608 College). November 22-27. bloodinthesnow.ca.

Blood In The Snow is back again, and it wants you to be very, very nervous.

The film festival dedicated to Canadian horror, genre and underground cinema has added a couple of days to its run – this year it’s from Thursday (November 22) to Tuesday (November 27) – to really gear up the anxiety and dread. So we thought we’d make a list of all the things you have to worry about.

YOU CAN’T TRUST YOUR DOCTORS

Friday offers a double bill of medical discomfort: At 7 pm, Adnan Ahmed’s Altered Skin stars Sanctuary’s Robin Dunne as an American who discovers a sinister conspiracy around a zombie virus spreading in Karachi and at 9:30 pm Rob Grant’s Alive spins a messy mystery around two severely injured people (Thomas Cocquerel, Camille Stopps) who wake up in a filthy hospital under the care of a physician (Angus Macfadyen) who’s just a little too attentive.

YOU CAN’T TRUST YOUR FRIENDS

The members of a fading rock band take a restorative canoe trip that turns nasty in Nick Szostakiwskyj’s Hammer Of The Gods (Saturday, 4:30 pm), thanks to a combination of psychedelics and a menacing presence that lurks in the woods. Seriously, guys: never go in the woods.

Seriously, you can’t – it’s all edited and recontextualized to create a narrative that bears only a glancing relationship to reality. In The Hoard (Sunday, 7 pm), directors Jesse Thomas Cook and Matt Wiele and co-writer Tony Burgess take that a couple of steps further, presenting the pilot for a scrapped show called Extremely Haunted Hoarders, in which a team of house cleaners and ghostbusters comes up against an awfully entrenched case of hoarding. This one’s a little on the silly side, but that’s okay. Reality TV is pretty silly to begin with.

YOU CAN’T TRUST YOUR FAMILY

Monday night’s program focuses on domestic distress. Tomas Street’s Fugue (Monday, 7 pm) revolves around an amnesiac (Jack Foley, the former Fashion Santa) trying to figure out if his wife (Laura Tremblay) is really his wife – and what it means if she isn’t – while Rob Heydon’s Isabelle (Monday, 9:30 pm) casts Silicon Valley’s Amanda Crew and The O.C.’s Adam Brody as a nice suburban couple whose attempts to have a baby go very, very badly.

Danishka Esterhazy’s Level 16, which closes the festival Tuesday at 7 pm, takes place in an underground facility where young women are trained to be docile, obedient and respectful of men – and are punished for any transgression. Is this a Handmaid’s Tale prequel, or something even worse? Two friends (Mary Kills People’s Katie Douglas and Adventures In Public School’s Celina Martin) are determined to find out.