Cate Blanchett heads up the jury, the fest addresses #MeToo and Turkey's Nuri Bilge Ceylan goes for his fourth award 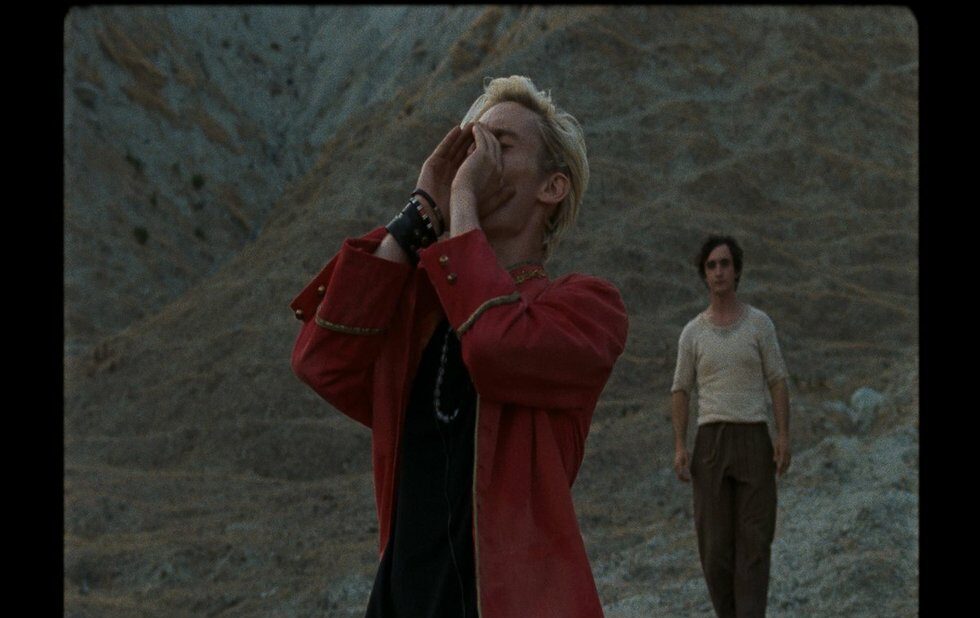 Alice Rohrwachers Happy As Lazzaro is one of three films directed by women in competition at this year's fest.

Alice Rohrwacher’s Happy As Lazzaro is one of three films directed by women in competition at this year's fest.

1. Cate Blanchett heads the jury and the fest addresses #MeToo

Blanchett is the 12th woman to lead the Cannes nine-person jury and she will have a majority of women members, Kristen Stewart and Ava DuVernay, among them.

In a recent Variety interview, Blanchett was outspoken in her criticism of the film industry, making the jury’s opening press conference potentially explosive.

In the age of #MeToo, Cannes is taking baby steps to keep pace. Four of Harvey Weinstein’s sexual assaults, including the alleged rape of Asia Argento took place during the festival, so France’s gender equality minister, Marlène Schiappa, working with the festival, has set up a helpline where women and men can report sexual harassment.

And France’s version of Time’s Up will convene a forum of minister of culture Françoise Nyssen, festival director Thierry Frémaux and several international equality campaigners.

Meanwhile, Danish bad boy Lars von Trier is back with The House That Jack Built, a serial-killer movie deemed too controversial for competition, his lifetime Cannes ban rescinded and last fall’s accusations of harassment by Björk lying fallow. There will be no press conference.

The Turkish master looks to continue his remarkable string of consecutive Cannes prizewinners following 2014’s Winter Sleep (Palme d’Or), 2011’s Once Upon A Time In Anatolia (Grand Prix) and 2008’s Three Monkeys (best director). Little is known about his new film, The Wild Pear Tree – Ceylan is still finishing it – but his unerring cinematic eye and sharp characterizations should make for riveting cinema.

Few filmmakers have grappled with complex moral choices with the depth Asghar Farhadi did in A Separation and The Salesman, both of which won best foreign language film Oscars. His new psychological thriller set in Spain, Everybody Knows, is said to continue the trend. Penélope Cruz and Javier Bardem bring their star power and acting chops, upping the quotient.

Jafar Panahi, no longer under house arrest but still forbidden to make films, again defies the authorities with Three Faces, his fourth film flouting the ban.

4. There are three women directors in competition

The number of women directors in competition remains the same as last year, a paltry three out of 21. Will the shifting zeitgeist make a difference when the awards are handed out? Alice Rohrwacher’s Happy As Lazzaro, her follow-up to the magic realism of The Wonders, is a time-travelling fable. Nadine Labaki (Caramel, Where Do We Go Now?) returns to Lebanon with Capharnaüm, the story of a child who launches a lawsuit because he’s unhappy with his life. Eva Husson’s Girls Of The Sun is the story of a Kurdish women’s brigade who battle jihadists in Syria and Iraq. A far cry from her breakout Bang Gang (A Modern Love Story).

David Robert Mitchell’s Under The Silver Lake is a neo-noir follow-up to Mitchell’s artful horror sensation It Follows. Ash Is Purest White is the new film from Cannes veteran Jia Zhangke. Lee Chang-dong’s previous film, Poetry, won best screenplay here in 2010. His latest, Burning, adapted from a Haruki Murakami story, stars Jeon Do-yeon, Cannes’s best actress in 2007 for Lee’s Secret Sunshine. Spike Lee’s BlacKkKlansman is based on the true story of an African-American policeman who infiltrated the Colorado Springs Ku Klux Klan along with his white partner. Hirokazu Kore-eda brings his empathetic humanism to Shoplifters, about a poor family who take in a little girl they find on the street.

Two docs mark the 100th anniversary of the Swedish legend’s birth. Celebrated German director Margarethe von Trotta’s Searching For Ingmar Bergman is a personal essay that promises to say as much about von Trotta as it does about Bergman. Jane Magnusson’s Bergman: A Year In A Life, focuses on the pivotal year 1957, when two of the best films ever made, Wild Strawberries and The Seventh Seal, were released.

Be Natural: The Untold Story Of Alice Guy Blaché, Pamela B. Green’s new doc, uncovers the amazing career of a woman who directed her first film in 1896 and wrote, directed and produced more than 1,000 others over the next two decades in France and the US.

Ryan Coogler went from the indie stardom of Fruitvale Station to the cultural moment of Black Panther in what seems like the blink of an eye. He will discuss it all in a live Cannes Rendez-Vous. The day before he introduces the 50th anniversary screening of Kubrick’s 2001: A Space Odyssey in a new 70mm print, Christopher Nolan sits down for an extensive conversation of his own noteworthy career.

Cage’s full-gonzo performance in Panos Cosmatos’s Mandy should enliven the 50th anniversary of the Directors’ Fortnight, which opens with the highly anticipated Birds Of Passage, Ciro Guerra and Cristina Gallego’s follow-up to Embrace Of The Serpent. Gaspar Noé’s Climax, the latest by the transgressive purveyor of cinematic sex and drugs, will be another attention-getter. Patrick Bouchard’s ten-minute stop-motion NFB short, The Subject, part of the Fortnight’s short film package, is Canada’s lone film in this year’s festival. Director Denis Villeneuve provides a Canadian voice on Blanchett’s jury.

Iconic filmmaker Jean-Luc Godard, now 87, won a prize in 2014 with his previous film, Goodbye To Language. His newest, The Image Book, whatever the content, will be compulsory viewing. After 20 years of gestation and misfortune, Terry Gilliam’s The Man Who Killed Don Quixote will close the festival unless legal action by the film’s producer derails the screening.

But really… there’s no stopping Solo: A Star Wars Story, which gets a red carpet launch ten days before its worldwide official release.