Experiment with Images, or play it straight with Cinefranco

This week’s film festivals couldn’t be more different – but that’s a good thing. 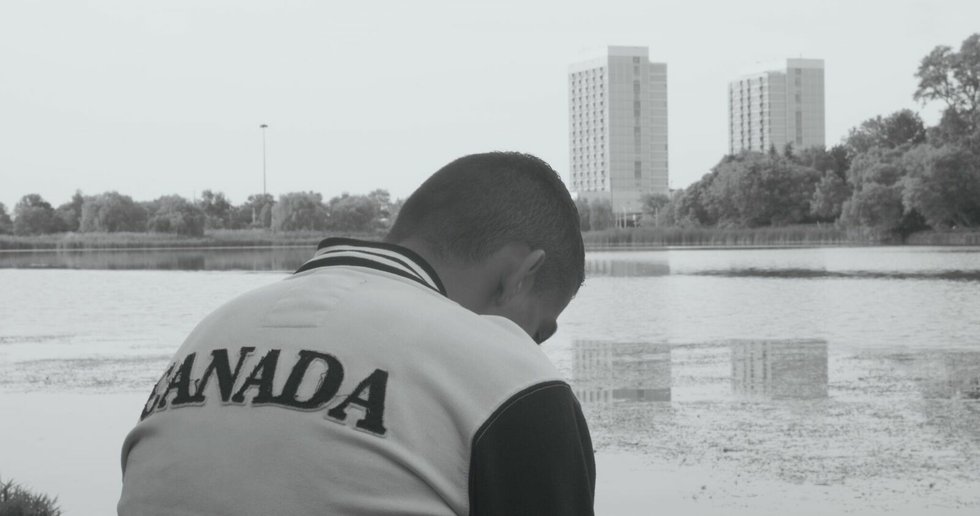 A still from Tales Of Two Who Dreamt

As TIFF Kids comes to a close and anticipation for Hot Docs reaches a fever pitch, two more festivals roll into town. Are you ready? It doesn’t matter!

This year’s opening-night feature, screening at 7 pm at The Royal, is Tales Of Two Who Dreamt from directors Nicolás Pereda and Andrea Bussmann. Pereda is the low-key dramatist who made Greatest Hits and Minotaur Bussmann is the maker of the experimental documentary He Whose Face Gives No Light, about extras waiting to perform on a Mexico City film set.

Their collaboration is a black-and-white meditation on exile and bureaucracy, observing the members of a Hungarian family who’ve applied for refugee status in Toronto. It’s beautiful and sad, and perhaps a little more concrete in its message than your average Images opener. You should see it.

The international shorts programs are as giddy and distinctive as ever: Program 3, subtitled Housekeeping Notes (April 24, 9:30 pm, Innis Town Hall) nods to the past via Hollis Frampton’s charmingly self-aware 1968 performance piece A Lecture and aims for the future with Vika Kirchenbauer’s cheerfully perverse You Are Boring!, in which a collection of actors deliver stern monologues to a potential client. The monologues are interspersed with little vignettes of physicality, several featuring a flesh-slapping motif that gets funnier with each repetition. Or maybe that was just me.

A Distant Echo (April 22, 5 pm, Innis Town Hall), the first feature by the English film artist George Clark, creates its narrative by marrying footage of California deserts with snippets of offscreen dialogue about exploration and the excavation of ancient tombs and a new score by Tom Challenger.

And though that dialogue is derived from a 1969 Egyptian film (Shadi Abdel Salam’s A Night Of Counting The Years / Al-Mummia), A Distant Echo is unquestionably its own thing. It has the texture of something strange and unformed, a movie without a conventional beginning or an ending but vibrating with potential from moment to moment. I get the sense that’s precisely what Clark wanted, and I’m awfully curious to see how it’s received.

For the full schedule, tickets and further information on various programs and installations, go to the Images website and click on anything that looks interesting.

And if you’re looking for a more conventional film festival, there’s always Cinefranco – which skipped its usual spring slot in 2016, settling for a week of screenings in the fall and a modest kid’s festival earlier this year. There’s no proper edition for spring 2017, either … but rather than sit the season out entirely, the festival is presenting Cinefranco Special Quebec, a three-day program curated by the Tournée du cinéma Québécois over three days at the Carlton Cinema.

It starts Friday (April 21) at 5 pm with a free First Nations program, collecting 14 shorts produced by Wapikoni Mobile and the National Film Board of Canada. And it continues with six feature films, including Iqaluit (Saturday April 22, 7 pm). The latest from director Benoit Pilon (The Necessities Of Life), it’s an Arctic drama starring The Barbarian Invasions’ Marie-Josée Croze and Atanarjuat’s Natar Unglaaq.

Iqaluit wasn’t available for review, but I did see The Squealing Game (Saturday, 4:30 pm), a tense drama about a middle-aged man (Paul Doucet, of the wildly successful Three Little Pigs films) looking to launch an Ashley Madison-like web business and a young woman (Julianne Côté of Tu Dors Nicole and Sarah Prefers To Run) with some serious intimacy issues.

It’s a good, slow burn with a nasty sting, and given the general lack of interest for commercial Quebecois cinema in English Canada, this is likely to be the only Toronto theatrical play it gets, and Côté is scheduled to attend. Check it out, and maybe stick around to see Iqaluit while you’re there.