Four Toronto film festivals you might not know about

If you think Inside Out marked the end of Torontos spring film festival season last weekend, think again. No fewer. 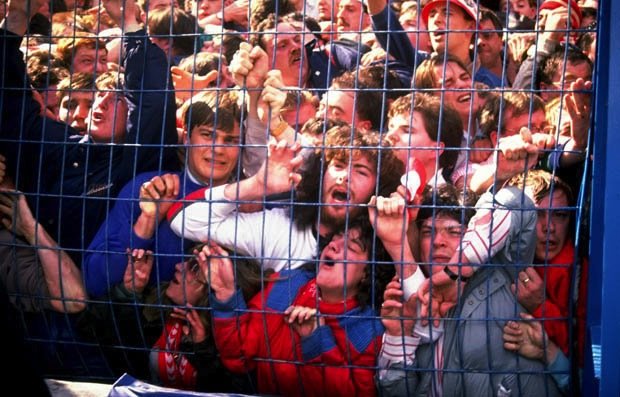 If you think Inside Out marked the end of Torontos spring film festival season last weekend, think again. No fewer than four more micro-festivals get rolling all over town this week, and we are here to help you find your way through the pack.

Where: Various locations: the AGOs Jackman Hall, Artscape Wychwood Barns on Christie and Cinecycle on Spadina.

What to see: The 17th edition of aluCine is focused on Indigenous Latin film, turning its attention to cultures compromised or endangered by colonialism and globalization. There are plenty of short works, including two Saturday-afternoon programs for children at Artscape Wychwood Barns, but the highlight of this years lineup is Salome Lamass Eldorado XXI (June 10, 9 pm, Jackman Hall). This feature documentary about the people who work in and around a massive mine high in the Peruvian Andes offers two hours of total immersion in other peoples lives. If you liked Leviathan or Manakamana, you wont want to miss it.

What to see: The CSFF has grown more ambitious over its nine years, and the 2017 lineup packs a lot of quality programming into three days of screenings. Daniel Gordons documentary Hillsborough (June 10, 6:30 pm) revisits the 1989 football stadium disaster in the UK in grim, painful detail, using the recent Warrington inquest as a fulcrum to debunk myths about unruly behaviour and public safety. Deborah Riley Drapers Olympic Pride, American Prejudice (June 11, 5 pm) looks at the African-American athletes who went to the 1936 Olympics in Berlin 18 in all, including Jesse Owens and what their trip meant to people back home.

What to see: The ICFF usually focuses on commercial Italian cinema, and theres plenty of that in the 2017 edition, including the recovery romance 7 Giorni (June 11, 6:45 pm) and the conjoined-twin drama Indivisible (June 12, 6:45 pm), which debuted at TIFF last fall. But this year theres also From Bello To Beautiful: The Art And Impact Of Italian-Canadian Cinema, a Canada 150 program with everything from free screenings of Vincenzo Natalis Cube (June 13, 4 pm) and Paul Tanas La Sarrasine (June 14, 9:15 pm) to the world premiere of Frank DAngelos latest effort, The Neighborhood (June 15, 6:45 pm).

Where: Japanese Canadian Cultural Centre on Garamond Court, just northeast of Don Mills and Eglinton. Its a schlep, but its worth it.

What to see: The TJFF offers a wide selection of contemporary Japanese cinema, like the historical epic Fueled: The Man They Called Pirate (June 8, 7:30 pm) and the generational melodrama Her Love Boils Bathwater (June 13, 7 pm). Highlights this year include Shinobu Yaguchis Survival Family (June 20, 7 pm), a bone-dry comedy about an average family trying to keep it together in the face of a nationwide power outage, and Sunao Katabuchis In This Corner Of The World (June 27, 7 pm), an animated drama about a young woman coping with life during wartime. Theres also a screening of Hideaki Annos ingenious, genuinely subversive Shin Godzilla (June 18, 2 pm) thatll be fun with a crowd.