Reelworld, Rendezvous With Madness and Toronto After Dark all kick off this week, and here's what you need to know 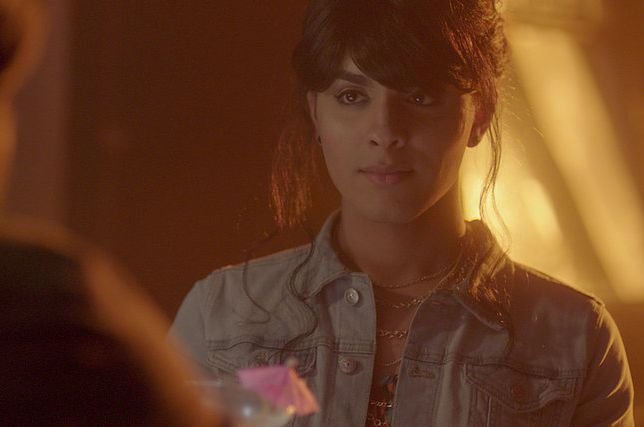 There are those who believe the fall festival cycle begins and ends with TIFF. They are delusional. Toronto practically shudders under the weight of fall film festivals in fact, there are so many in the month of October that we’ll be posting one of these roundups every week. It’s ridiculous, right? Yeah, we think so too.

Where: The festival holds its opening night gala at CBC’s Glenn Gould Studio (250 Front West), then moves to Famous Players Canada Square (2190 Yonge) for the rest of its run.

What’s playing: Reelworld was launched in 2001 to showcase work by emerging Indigenous and racialized filmmakers which inspire social change. (That’s literally its mission statement it took a little while for the industry to catch up to what Tonya Williams has been doing all along.) This year, the festival opens with Lenin M. Sivam’s Roobha (October 9, 5:30 pm, Glenn Gould Studio October 10, 6:30 pm, Canada Square), a thoughtful drama about a young trans woman (Amrit Sandhu) and an older man (Jesuthasan Anthonythasan) set in Toronto’s Tamil community. And Xiaodan He’s A Touch Of Spring (October 13, 8 pm, Canada Square) features a fine performance from Wensi Yan as a Montreal woman who visits her grandfather in China after the disintegration of her marriage.

What’s playing: Celebrating its 26th year – and launching on World Mental Health Day – Rendezvous With Madness expands to incorporate live performance, theatre and visual art. But the film selection is as strong as ever, from the opening night documentary The Song And The Sorrow (October 10, 7 pm, Hot Docs Ted Rogers Cinema), which explores the legacy of songwriter Gene MacLellan from the perspective of his adult daughter, the musician Catherine MacLellan, to Cédric Kahn’s austere, absorbing drama The Prayer (October 19, 9 pm), about a young addict (Anthony Bajon) who surrenders himself to a Catholic rehab program. The festival is also holding a free screening of Nora Twomey’s Oscar-nominated animated feature The Breadwinner in Dufferin Grove Park (October 16, 7:30 pm).

What’s playing: The 13th annual After Dark festival offers the traditional genre blowout, including the Toronto premieres of the British zombie musical Anna And The Apocalypse (October 13, 6:15 pm) and the J.J. Abrams-produced WWII thriller Overlord (October 19, 7 pm). But both of those will be getting theatrical runs in the next few months, so maybe concentrate on the smaller, stranger stuff, like Issa Lopez’s opening-night gala Tigers Are Not Afraid (October 11, 7 pm), a tale of ghosts and orphans in contemporary Mexico, or Justin McConnell’s body-swapping horror exercise Lifechanger (October 16, 9:30 pm). And while a genre festival seems like a weird slot for Corey Stanton’s Robbery (October 15, 9:30 pm), a conventional crime picture starring Art Hindle as a thief slowly slipping into dementia, the After Dark audience should appreciate its slippery plot and strong performances.