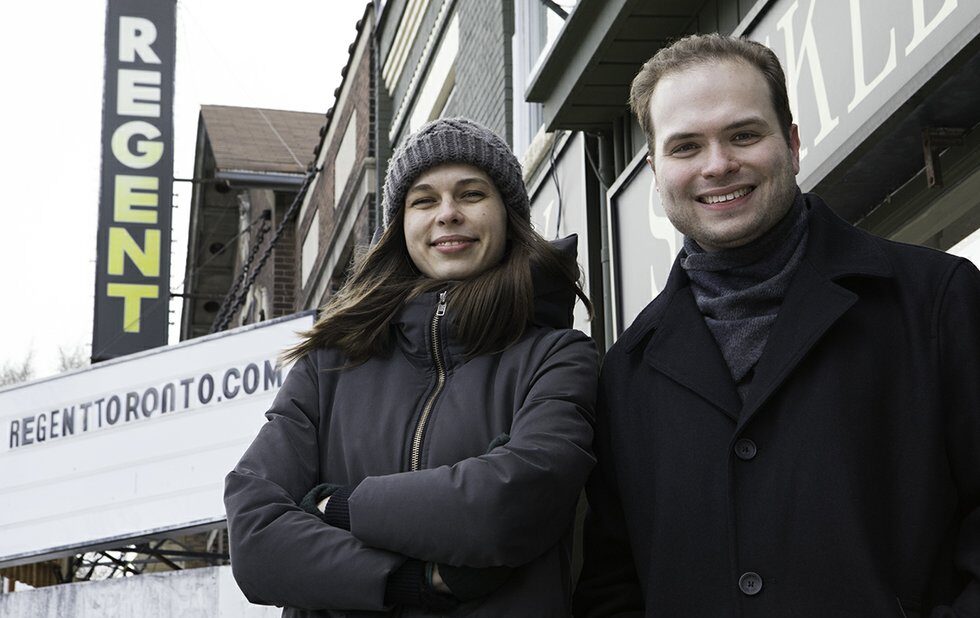 The second edition of the Pendance Film Festival, Thursday (January 31) through Sunday (February 3) at the Regent Cinema (551 Mt. Pleasant).

“Our mission statement is ‘Story Over Everything’,” says Misovic, “and we do mean everything. We program based on impact. We try to select projects we find to be honest, compelling, textured, layered, nuanced, balanced… it’s a long list. Our end goal is to change the way the world sees young festivals and Canadian festivals in general. And we’re very confident that this will be the most ambitious second-year film festival ever put on. Not just in Canada.”

Maybe a little hyperbolic. “The general atmosphere is like being a kid at Disney World,” Misovic says, “with less Mickey and more movies. Pendance has youthful and passionate energy. It’s palpable, completely organic and it emanates from everyone who walks on stage or into the theatre. The fact that the films are awesome helps a lot as well.”

In addition to the shorts and features, the festival also offers passholder networking events on Thursday, Friday and Saturday, and workshops with ACTRA industry relations representative Taisa Dekker (Friday, 3 pm), To The Night writer/director Peter Brunner (Saturday, 11:30 am), In Reality producer/director Ann Lupo (Sunday, 11:30 am) and Copenhagen and Kodachrome director Mark Raso (Sunday, 1:30 pm). “They’re all meant to hopefully aid in the growth of young filmmakers in Toronto,” Misovic says, “something all of these instructors support strongly.”

Pendance prides itself on curating new films that haven’t screened at other Toronto festivals – specifically, that big one in September.

But programming around TIFF’s footprint can be a bit of a challenge, he admits.

“Getting great films to screen at totally new film festivals is a very difficult proposition regardless of how you approach it,” Misovic says. “This is doubly true for bigger features like [A.J. Edwards’s young-adult character study] Friday’s Child (Friday, 8:15 pm), [Brunner’s psychological drama] To The Night (Saturday, 7:30 pm) or [Thomas and Michael Matthews’s indie thriller] Lost Holiday (Saturday, 9:30 pm) – there’s a lot of distributors that simply look at Pendance as a major let-down for a Canadian premiere. And I’m sure we didn’t help ourselves by saying we required Ontario premieres on all features and preferred Canadian premieres. Had we not had that restriction of effectively not being able to pick a single film TIFF picked, this entire process would have been 50 times easier. But then we wouldn’t be talking about this festival at all.”

Forced to recommend just one title, Misovic opts for festival opener Friday’s Child, “because it’s our first feature. I think once people come, they won’t want to leave.”