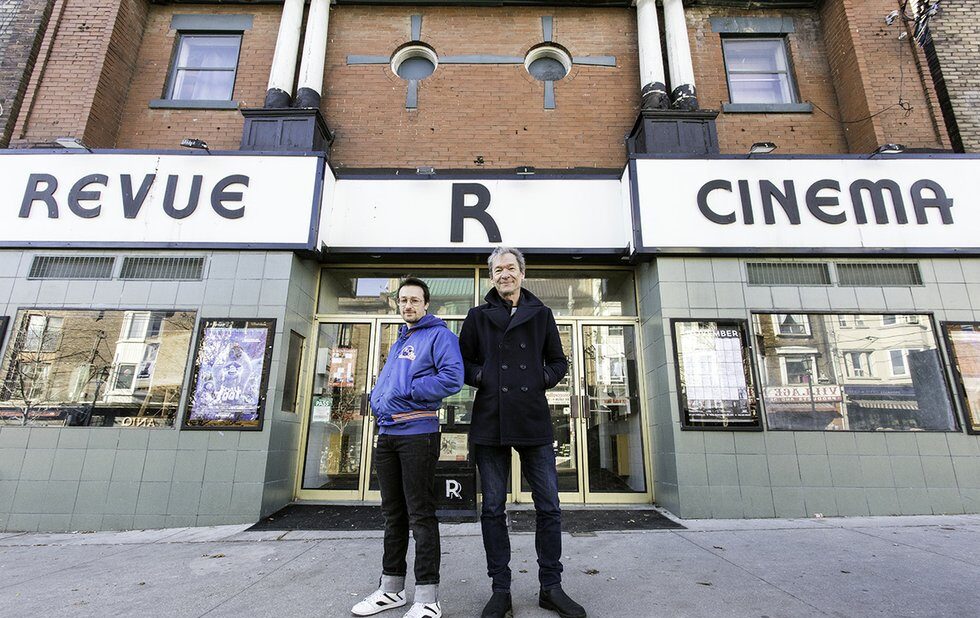 The Last Pogo Jumps Again, screening Saturday (December 1) at 9:30 pm at the Revue Cinema (400 Roncesvalles). It’s an expanded version of Colin Brunton’s 1978 concert documentary The Last Pogo, celebrating Toronto’s punk and hardcore scene, and when we say “expanded” we are not kidding: The Last Pogo Jumps Again is three hours and 24 minutes long, delving into the histories of the Viletones, Teenage Head, the B-Girls and the Ugly, along with lesser known acts like the Ramones and the Sex Pistols.

“I was driving a cab in 78,” says Brunton, “and I’d just smoked a joint coming down Spadina so I pulled up at the Horseshoe to air out my cab in time for the bar rush and see what was happening in the club. I used to work there and make their handbills. Andy Patterson of The Government was talking to Gary Topp about these two concerts The Garys were putting on to close out their run at the Horseshoe – The Last Pogo and The Last Bound Up. The Last Pogo was going to feature some of their favourite local punk bands, and The Last Bound Up would be Rough Trade, new wave bands, and some reggae. I thought that’d make a great little film so I blurted out, ‘I’m going to make a film of that!’ Next morning it still sounded like a great idea, and I thought ‘Well, I can’t afford to do this and I don’t know how to do this, but I think it would be a cool film, so, yeah!’ We only ended up filming the Last Pogo because we ran out of film, but it was just as well. The Last Pogo ended in a riot, which is as perfect an end to a rock concert that I could imagine.”

The film spent the subsequent decades as an underground sensation (and a highly sought-after bootleg), and in 2006 Brunton decided to follow it up: “I’d scored a decent video camera, and I thought it’d be cool to check on some of the people from the original punk scene and see what they were up to, and give my son Ollie some insight into Dad’s well-spent youth. One of the first people I interviewed was Kire, because he was the son of original Viletone Chris Haight.”

“I was in my last year of Ryerson’s film program,” Paputts says, “and I had met Colin at the Horseshoe, at one of the many reunion shows that were taking place during that time. We tried filming at the Main Street Go Station on the train platform. We only got a few questions in before security asked us to beat it. After that initial failed interview I slowly became more and more involved, whether it was tracking people down, interviewing them, clearing video and music rights, or editing.”

The completed, expanded Last Pogo Jumps Again rolled out in 2013. (We liked it.)

WHAT’S THE VIBE LIKELY TO BE?

“I know a lot of old band members are going,” says Brunton. “And with that crowd, there’s always a good chance of fun.”

“I’m hoping the vibe of the screening is similar to our cast and crew screening, which turned into a madhouse,” says Paputts. “They were basically re-enacting the film in person. People were yelling at the screen and yelling at each other from across the auditorium.”

IT’S NOT JUST FOR PUNKS, YOU KNOW

The filmmakers would like to stress that newbies are welcome. “The ideal audience is someone who wants to learn more about Toronto’s history,” Paputts says, “as told through some of the most interesting characters this city has to offer. One of the biggest strengths of the film is that you don’t need to be a fan of the music to enjoy it: it looks at art, fashion, politics, feminism, crime, Hamilton and so much more. There’s something for everybody!”