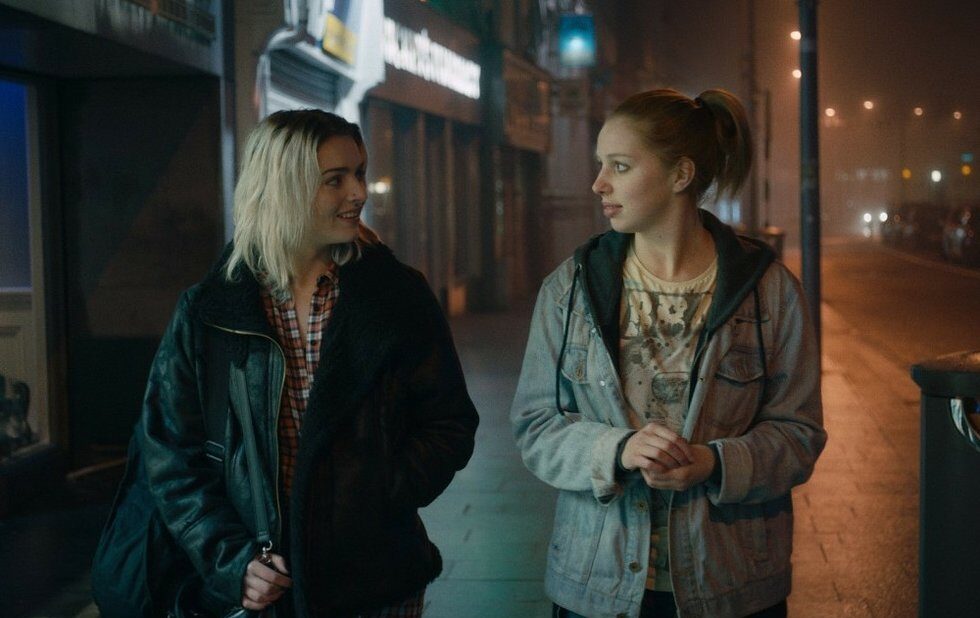 Tara Lee (left) and Seana Kerslake star in the spiky-sweet A Date For Mad Mary.

If its March, it must be time for the Toronto Irish Film Festival. The eighth edition rolls into the TIFF Bell Lightbox this weekend with the usual mix of features, documentaries and shorts arranged along a Celtic theme.

This years fest starts with Darren Thorntons A Date For Mad Mary (Friday, 7 pm), a spiky-sweet drama adapted from Yasmine Akrams stage play 10 Dates With Mad Mary about a young woman (Seana Kerslake) whos shocked to find herself demoted from her expected position as maid of honour at her best friends wedding. (It might have something to do with Mary having spent a few months in jail for a violent assault. In fact, it absolutely does.)

Now in need of a plus-one for the event, Mary goes looking for a guy she can tolerate… and after all that, finds herself drawn to a musician named Jess (Tara Lee). The queer angle puts new energy into a familiar storyline, and Kerslake and Lee have terrific chemistry, making every scene between them twitch with life.

Id love to see this film get a proper theatrical run here, but it feels a little too small to attract a Canadian distributor, so this might be your only chance to see it with a crowd. You should do that.

The festivals also hosting an encore screening of the Canadian-Irish Oscar nominee The Breadwinner (Saturday, 2 pm) heres Radheyan Simonpillais review, if you need a nudge as well as its annual Irish Short Film Showcase (Saturday, 5 pm), which runs a little grim this year but features one terrific documentary: Mia Mullarkeys Throwline, which looks at Taxi Watch, a Kilkenny network of cabbies who keep an eye out for people in crisis. (Check out the trailer here.)

And theres always a sports documentary. This year its George Best: All By Himself (Sunday, 4 pm), a look at the Manchester United football legend that celebrates his superhuman prowess in the game but also doesnt back away from the alcoholism that derailed his career.

Director Daniel Gordon lays out the story simply and efficiently, recounting Bests life with archival footage and talking heads, letting the tragic arc emerge from the juggernaut of celebrity. Its not a revolutionary treatment of the subject, but its a solid sports doc and, again, one youre not likely to see again inside of a Toronto theatre. Catch it while you can.