This weekend at the Royal Cinema, get an adrenaline rush by watching After Hours, Before Sunrise and other films that all take place in one night 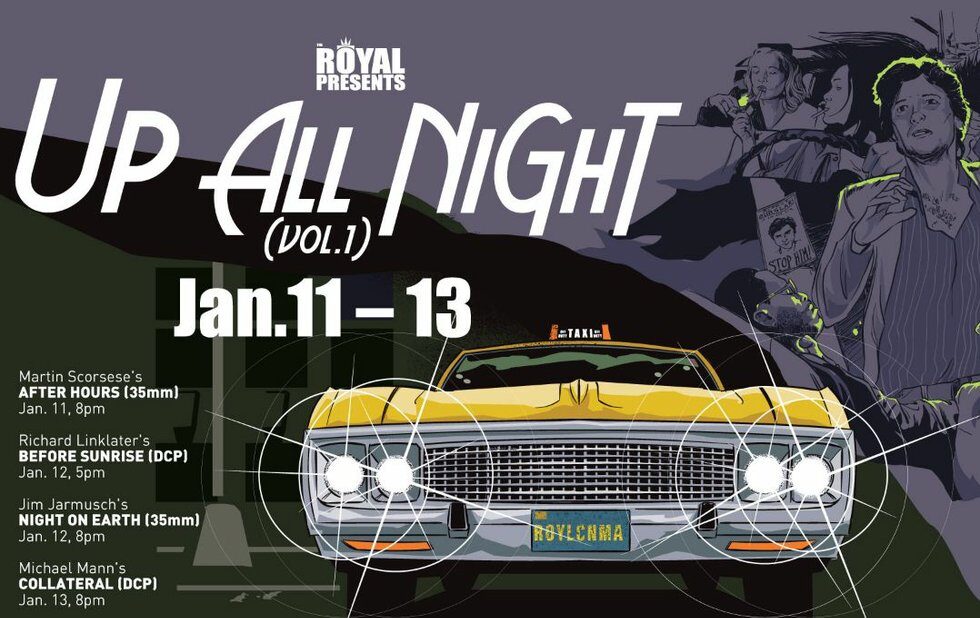 Welcome to NOW’s weekly spotlight on Toronto’s indie festivals and screenings! It’s your chance to learn a little more about that cinematic event you’ve been meaning to check out, pitched by passionate programmers in their own words.

Brendan Ross, who curates the Neon Dreams Cinema Club at The Royal and appears on Hollywood Suite as a contributor (among other things), and Alicia Fletcher, who programs retrospectives for TIFF Cinematheque, runs the Revue Cinema’s Silent Revue series and teaches film preservation at Ryerson University (among other things).

“We want to simulate that exciting, dizzying and sometimes hallucinatory feeling of what it’s like to be up way past your bedtime without actually having to,” Ross says.

Deceptively calm: “We’ll have some moody tunes before the films to get you in the right mindset,” says Fletcher. “Expect to sip coffee or imbibe an alcoholic beverage while listening to Tom Waits wax poetic on Edward Hopper’s iconic Nighthawks painting during the pre-show.”

“We’re also handing out loyalty cards at each screening, which qualify you for some wonderfully curated prize-packs at our closing Sunday night film,” Ross adds. “The more films you see, the better your chances will be to win.”

“Brendan’s favourite of the bunch is hands-down Scorsese’s criminally under-seen After Hours in 35mm, while I’m most enthused about seeing Before Sunrise on the big screen,” Fletcher says. “Each film is incredibly special in a way that’s completely unique, and because of that we believe that seeing all four films together will be a truly rewarding experience.”

“The plan would be to dive deeper into more obscure titles and films that rarely see the inside of a movie theatre,” Fletcher says, teeing up Ross to explain their concept.

“The dream is to do it as an actual marathon that takes place from dusk until dawn, with the last film ending as the dawn is breaking,” he says. “Logistically it would be quite the undertaking, and it’s hard to know if people would actually commit to such a wild concept, so let’s just say we’re testing the waters with this weekend-long version.”