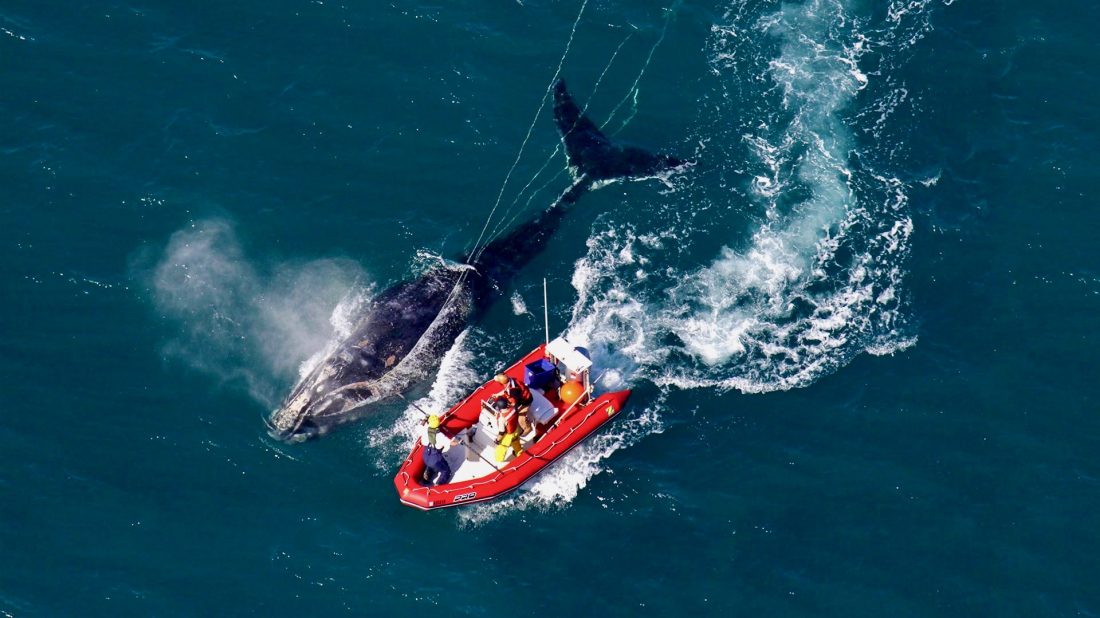 Image from ENTANGLED by David Abel and Andy Laub.

For years, Water Docs Film Festival has been using film as a catalyst for action to protect our water resources and mitigate the impacts of climate change. While the event always succeeds in spreading awareness, Water Docs is shaking it up this year by collaborating with other Canadian film festivals.

ReSurge: Canadian Film Festivals for a Liveable Climate is a unique and breakthrough idea that brings together 14 film festivals to cohost an online environmental documentary series for audiences everywhere.

From November 9 to 14, the virtual festival will screen a selection of films that illuminate water and climate themes. Environmental enthusiasts can also attend discussions with filmmakers, newsmakers, and activists, providing direct connections to action in their community.

“Before the pandemic, there was good public momentum behind taking serious actions to avert more climate crises,” says Stan Gibson, executive director of Water Docs Film Festival and Ecologos, which he founded with his wife in 1998. Ecologos motivates and encourages others to nourish a commitment to action for water, a liveable climate, and sustainability by drawing upon their fundamental connection to nature.

“We’re incredibly concerned about how COVID-19 put that momentum on the back burner as we didn’t see much climate change influence on the last election,” says Gibson. “So we dreamed up ReSurge as a way to nudge public sentiment back in the direction of its previous momentum.”

To commemorate its 10th anniversary, the environmental film festival has teamed up with Toronto’s Hot Docs International Documentary Festival, imagineNATIVE Film + Media Arts Festival, and Reelworld Film Festival, along with festivals from Vancouver to New Brunswick.

“As a film festival, it’s in our genes to understand that documentary film is the storytelling of our times. We’re thankful that these festivals have responded head-on to the urgent need for climate action by joining forces with us,” says Gibson. “There’s power in numbers and we look forward to engaging audiences in profound ways with ReSurge, along with providing experiences that move people deeply to spark meaningful climate action.”

Without getting too dark, global warming and climate change will soon wreak havoc on our planet’s food and water resources. Temperatures will become more extreme, sea levels will rise and glaciers will melt, all thanks to greenhouse gas and carbon emissions.

“We have always promoted the myriad of small steps people can take to protect water. This time, however, we’re out to move the dial on pushing real change at the level of corporations and governments,” says Gibson.

On an individual level, one can conserve and protect water resources by taking shorter showers, using cold or warm water to wash their clothing and by disposing of chemicals properly. Volunteering to remove plastics and waste from beaches, streams and rivers can also make a significant difference.

The public also needs to demand more action from their local and federal governments. Pushing them to prioritize cleaner energy sources and addressing other concerns like deforestation and pollution.

“The climate crisis is not a joke. Think seriously if you want our children, your children, to have a future on this planet,” says Gibson. “Everyone must press the corporate and government parties in their vicinity that they’re not going to be able to eat or drink money, which is what their top priority is right now. The immense power that the public holds must be understood by all of us.”

During ReSurge, virtual festivalgoers can catch the Canadian premiere of Watt The Fish by Emerick Missud and Dorian Hays, ENTANGLED by David Abel and Andy Laub and Last Paddle? 1000 Rivers, 1 Life by Roger Williams. Williams’s thought-provoking documentary stars river conservationist Mark Angelo, the recipient of this year’s Water Warrior Award. The film follows Angelo as he fearlessly paddles some of the most vulnerable rivers in Canada and around the world.

On closing night, author Paul Hawken will make a virtual appearance to discuss his latest book Regeneration: Ending The Climate Crisis in One Generation. It provides readers with a compelling response to climate change that is sure to spark evocative discourse.

“For 14 film festivals to come together, along with three academic institutions, to pool their impacts is totally unprecedented. We expect ReSurge will reach around four million people,” says Gibson. “It’s truly a meaningful and memorable persuasion for protecting water and putting carbon in its place.”

For more information and to purchase tickets, click here.