Toronto really likes Penny Marshall’s A League Of Their Own

Podcast We Really Like Her! is hosting a memorial screening of the late director's baseball comedy classic 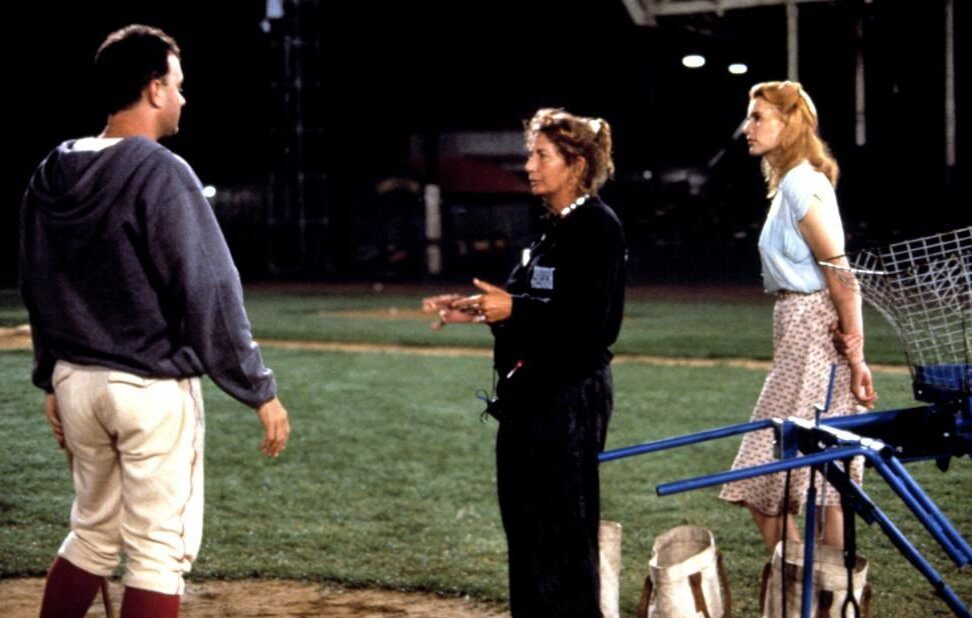 Danita Steinberg (@danitasteinberg), comedian, writer, freelance social-media manager “and aspiring Golden Girl,” and Emily Gagne (@emilygagne), filmmaker and social-media specialist for the Canadian Film Centre. Together they host the film podcast We Really Like Her!, which led to the screening series of the same name.

We Really Like Her!, a bimonthly series at the Revue Cinema (400 Roncesvalles) that “aims to put a spotlight on films that were made by and/or are about women,” Steinberg says. “Penny Marshall’s A League Of Their Own is both!”

“We particularly like to program movies that have been unfairly maligned by critics and audiences for being unapologetically feminine,” adds Gagne, pointing out that the first film in the series was the Cher/Winona Ryder dramedy Mermaids. “We also like to highlight films with female characters that subvert expectations, like Helen Hunt’s Jo in Twister.”

As mentioned above, the late Penny Marshall’s 1992 baseball comedy A League Of Their Own is screening Thursday (January 24) at 6:45 pm. The show is sold out, but rush tickets will be available at the door.

“A League Of Their Own is a movie about sisterhood – literally and figuratively, since the lead characters are related – and a movie where the women are both supporting and challenging each other,” says Gagne. “It’s the kind of movie we needed to see in 1992 and still need to see now.”

“Penny Marshall is a big part of why we wanted to screen A League Of Their Own,” says Steinberg, “but a lot of people don’t realize that it’s the highest grossing baseball movie of all time. How cool is that?”

Convivial, but not obnoxious – much like the podcast. “We always intro screenings together, taking turns speaking about why the movie resonates with us and highlighting the women involved,” says Gagne. “We also try to have a fun giveaway too – for A League Of Their Own we’re giving away a copy of Penny Marshall’s memoir and a prize pack from Canadian Girls Baseball.”

“We always want everyone to feel like they’re just hanging out with pals,” adds Steinberg. We are all about earnest celebration and loving what you love!”

A lifelong Bette Midler devotee, Steinberg only wants to screen Beaches and The First Wives Club, while Gagne dreams of doing a Diablo Cody retrospective “which would include her more critically acclaimed films like Juno – for which she won the Oscar –  and underrated gems like Young Adult and some of the movies she worked on as a script doctor, like the Evil Dead remake.”

“We are still in the process of locking down our March screening, but we are hoping to play a horror film because we both love the genre,” says Steinberg. “Also, March is always a moody month.”