What to see at the 2019 What The Film Festival

A Bread Factory, Patrick Wang's four-hour indie about a community theatre threatened by gentrification, opens the annual outsider film fest at the Royal 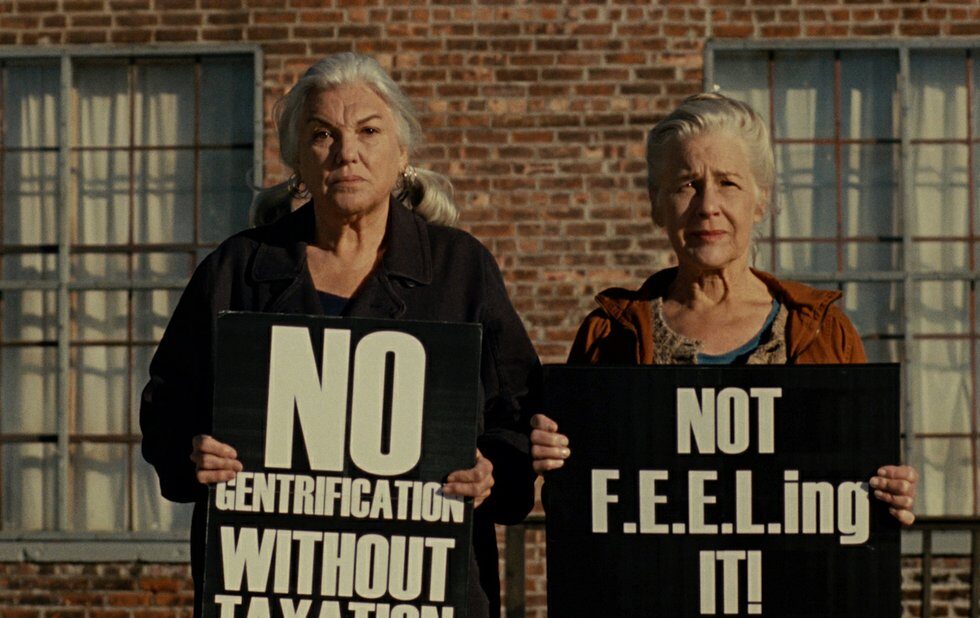 The fifth edition of the What The Film Festival (or the WTF Fest), at the Royal (608 College) from March 1 to 3.

Kuplowsky launched the WTF festival “to showcase eccentric ‘outsider’ films that intersect definitions of both genre and avant-garde cinema and operate outside the traditional parameters of taste and convention,” he explains. “It began largely as an excuse for me to play movies that weren’t comfortably fitting the purview of other festivals I was programming for. It is the one time as a curator where I do not concern myself with a film’s marketability, whether it is something an audience will be preconditioned to want to see, whether it conforms to formal and aesthetic conventions, or even whether it is technically proficient. What is paramount is simply eccentric and fascinating ‘decisions’ on the part of the filmmakers – choices and ideas that you will not encounter at more mainstream festivals.”

“It’s a very welcoming atmosphere,” Kuplowsky says, noting that his audience has come to expect the unexpected. “We’ve certainly had divisive screenings, but we always keep things positive. The ballots for Audience Award exclude negative evaluations – rather, it’s between whether you liked the film or admitting that it was too weird for you.”

And after hosting an off-site market at the Monarch Tavern last year, the WTF non-theatrical experience is moving to the Super Wonder Gallery (584 College) for something new.

“We’re transforming the market into a full-on party,” Kuplowsky says. “It will take place on the Saturday night (March 2), and includes a musical performance from Dinosaur Island, and even some art installations, the most notable of which is a ‘video gallery’ where we’ll be displaying 100 of the strangest and rarest VHS cassettes ever produced on vintage video shelving, flanked by offbeat movie posters.”

“It’s a masterpiece, and the film I am most excited to share with Toronto audiences,” he says. “Yet it’s also a film that few major festivals made space for, that no one appeared to be bringing to Toronto screens and that the filmmaker has ended up self-distributing – so it was very much in need of and deserving a bigger audience. Patrick was enthusiastic about the opportunity, and I am so thrilled that he will be attending the screening. I think our audience will definitely embrace it I just hope they’re not intimidated by the runtime and just pretend they’re binging Netflix.”

“The filmmaker I am most excited about is the prolific Mickey Reece, who has been quietly averaging two feature films a year for the past 10 years in relative obscurity. I call him the Soderbergh of the Sticks,” says Kuplowsky. “His 23rd film, the impeccably titled Strike Dear Mistress, And Cure His Heart (Saturday March 2, 5 pm) is a wickedly witty and horror-tinged riff on Ingmar Bergman’s Autumn Sonata. Also, if you’re a fan of Tommy Wiseau’s The Room or Neil Breen’s Fateful Findings, Surfer: Teen Confronts Fear (Saturday March 2, 7:30 pm) might become your new favourite midnight movie. So don’t miss that.”

AND, OF COURSE, THERE’S A SATURDAY AFTERNOON MARATHON OF THE CLASSIC CHILDREN’S SHOW COWBOY WHO?

Kuplowsky believes the Ottawa-region television series Cowboy Who? (1990-1994) “might be the greatest and strangest piece of Canadian media ever produced,” and he’s holding a Saturday afternoon marathon to prove it (Saturday March 2, noon).

“It’s as if Mark Frost and Douglas Adams were the showrunners of Hilarious House Of Frightenstein with The Kids In The Hall in the writers’ room and the budget of the first season of Mystery Science Theater 3000. It begins as a parody of The Howdy Doody Show, and then quickly transforms into a Pythonesque deconstruction of both children’s entertainment and media culture at large. We’ll be serving up some of its wildest episodes with an all-you-can-eat cereal buffet table and the series’ creators, complete with the original puppets and props from the show. It is your patriotic duty to attend!”