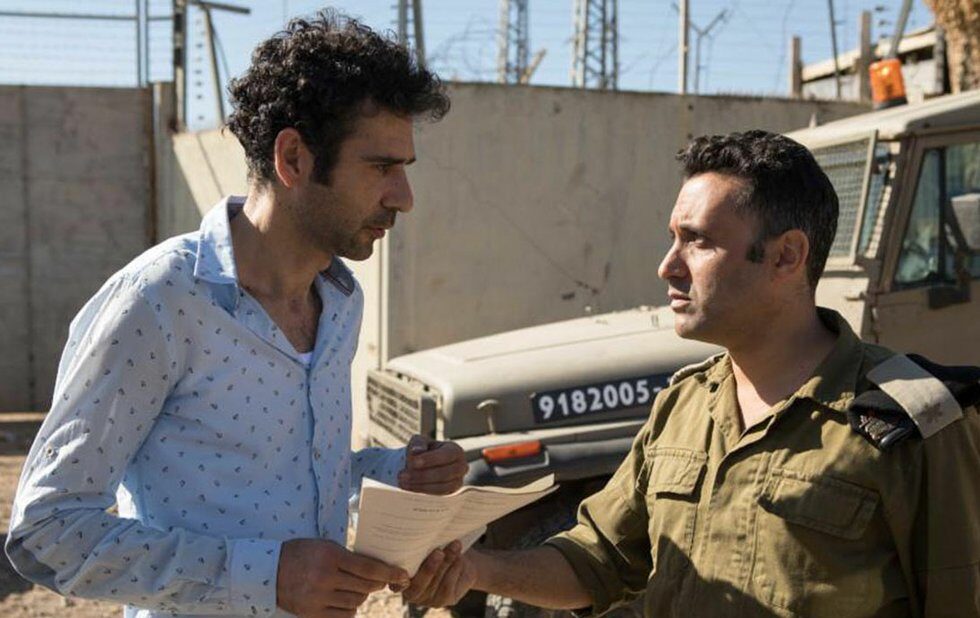 TORONTO JEWISH FILM FESTIVAL Runs Wednesday (May 2) to May 12 at multiple venues. tjff.com.

You know how it goes: if Hot Docs is winding down, it must be time for the Toronto Jewish Film Festival to start up, rolling out a wealth of culturally distinctive features, shorts and television – along with plenty of documentaries – all over the city.

Feeling overwhelmed? Totally understandable. Below are five films that stood out to us.

The title notwithstanding, this year’s TJFF opener is in fact a comedy – and a rather charming one, as TIFF audiences discovered last fall. Sameh Zoabi’s low-key farce stars Kais Nashif as Salam, a Palestinian working as an intern on his uncle’s soap opera about an Arab woman (Lubna Azabal) working as a spy in Israeli during the runup to the Six-Day War of 1967.

Salam isn’t a terribly ambitious guy, but he finds himself increasingly important to the show’s production – first as a dialogue coach, then as a writer’s assistant, and then as an unlikely conduit for script notes, thanks to his daily encounter with an Israeli military commander at a Ramallah checkpoint. (The guy’s wife is a fan of the show. It’s complicated.)

The organic but ridiculous complications pile up in a way that recalls the reverse-Jenga plotting of Sydney Pollack’s Tootsie – a daunting comparison, but one that Tel Aviv On Fire ultimately earns. Nashif makes a great deadpan hero, and it’s fun to see Azabal, best known here for her role in Denis Villeneuve’s Incendies, show off her subtle comic skills.

If you missed it at TIFF last fall, here’s your chance to catch up to Michal Aviad’s insightful, unsettling drama about sexual harassment in the workplace, and the power dynamics that trap women in an office with their abusers. Liron Ben-Shlush (Maya) plays Orna, a wife and mother of three who takes a job with her old army commander (Menashe Noy), who’s now an aspiring real-estate tycoon. The potential rewards are considerable, but so is the danger: he keeps nudging Orna into compromising situations, drawing her back after each offence with promotions and promises of lucrative deals. And slowly but inexorably, the threat level escalates.

Aviad and her co-writers, Sharon Azulay Eyal and Michael Vinik, set this specific relationship against an Israel caught between progressive idealism and swaggering alpha-male entitlement, and Ben-Shlush is riveting as a competent, capable woman coming apart under the constant, smothering stress of a situation she never thought she’d experience.

Yoav and Doron Paz, makers of 2015’s gimmicky found-footage horror movie JeruZalem, are back with a much more thoughtful project, reworking the Hebrew parable that may have inspired Mary Shelley’s Frankenstein into a grim ghost story focusing on Hanna (Hani Furstenberg), a 17th century Lithuanian woman who calls upon the mythical clay avenger to protect her village from a gathering threat – but receives something very different, and a lot more personal, instead.

It’s an intriguing blend of Robert Eggers’s The Witch and the Dybbuk-teasing prologue of Joel and Ethan Coen’s A Serious Man, mixing classical horror elements into a moving study of grief and rage. I didn’t see that coming.

Hungarian filmmaker Tamas Yvan Topolanszky picked a fairly weighty subject for his first feature: a biopic of his countryman Michael Curtiz, focused on the director – played by Ferenc Lengyel – as he moves heaven and earth at Warner Bros. to make Casablanca while also trying to patch things up with his long-neglected daughter (Sunset breakout Evelin Dobos). The stylized black-and-white visuals are a hint that much dramatic license will be taken in the name of larger truths, but it’s a gamble that pays off thanks to the clever script by Topolanszky and Zsuzsanna Bak, a strong performance by Lengyel that does justice to the headstrong impatience that made Curtiz a sort of beloved irritant to his collaborators, and Dobos’s eerie poise in their scenes together. The Hollywood stuff’s not bad, either.

Fiddler: A Miracle Of Miracles

You might not think of it that way, but Fiddler On The Roof is one of the more thematically complex Broadway smashes – an ebullient musical about a big-hearted patriarch grappling with the slow erosion of his faith, his community and even his identity as his five daughters push back against his cultural expectations.

Max Lewkowicz’s documentary looks at the show’s 65-year legacy with an all-star assortment of celebrity guests – including Stephen Sondheim, Austin Pendleton, Jessica Hecht, and Lin-Manuel Miranda, who famously staged one of the numbers at his wedding – and footage from multiple productions, including Norman Jewison’s 1971 feature film with Chaim Topol as Tevye, the 2013 Stratford run with Scott Wentworth and the 2017 Chichester Festival run with Omid Djalili. And just as the show does, the doc finds the very Jewish anxiety beneath all the joyful singing and dancing, demonstrating precisely why a generation raised in the shadow of the Holocaust embraced Fiddler On The Roof like a long-lost relative from the old country.

We’re also intrigued by the Beaver Power program, which offers a deep dive into Canadian comedy TV and movies produced between 1968 and 1984. It’s filled with legends like Lorne Michaels, Ivan Reitman, Rick Moranis, Ken Finkleman and Al Waxman, working stuff out sure, the hairstyles are regrettable, but that was the style at the time.

The full schedule is available here.