Our best bets for the experimental film and new media fest, including IMAX art films at the Cinesphere and Lido Pimienta's live graphic novel performance 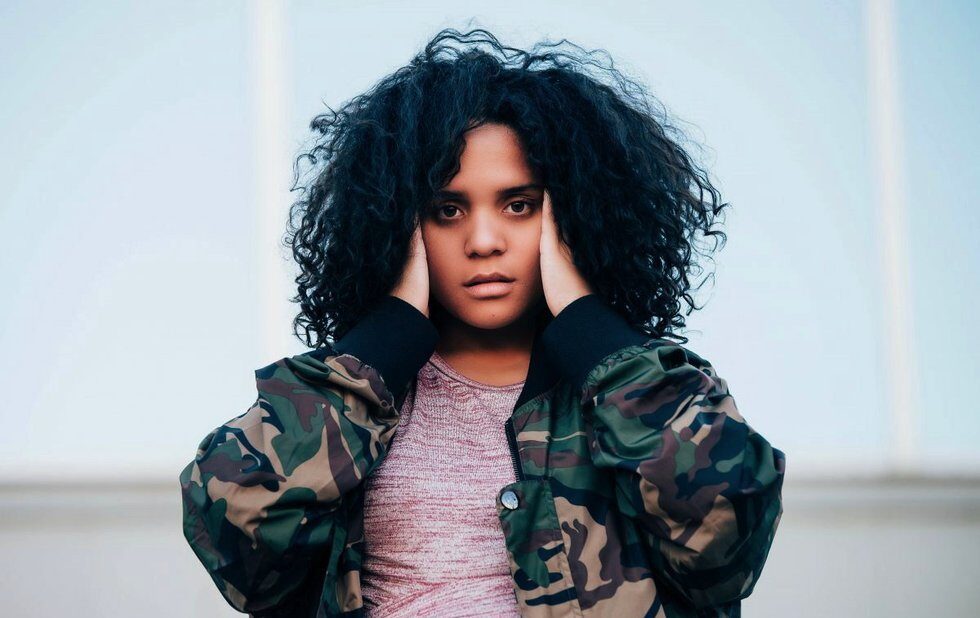 Images Festival, an annual event devoted to  film, performance and art that exists outside the mainstream runs April 11-18. Some big and buzzy names in experimental film are screening work and a couple of NOW’s favourite local performers are taking the stage. Here are our critics’ best bets for this year’s fest.

Outer Worlds at the Cinesphere

Ontario Place’s Cinesphere is one of the best movie screens in Toronto. Usually, it’s where you go to classic  blockbusters like The Dark Knight or Purple Rain, but Images is making use of the recently revamped large-format cinema with a closing-night program of IMAX-shot shorts. The five films, all original commissions by format-busting directors, are making their world premieres. They include Cityscape by Michael Snow, one of the country’s leading conceptual artists Lichen by Lisa Jackson, whose VR project Biidaaban set up at City Hall last fall Embers And The Giants by Kelly Richardson, known for her hyper-real digital landscapes  the Indonesia-shot Garden Of The Legend Of The Golden Snail by Oliver Husain and Aeriel by Montreal-based video artist Leila Sujir.

If you missed Gibson’s I Hope I’m Loud When I’m Dead at the Toronto International Film Festival last fall, the anxious and kaleidoscopic short will be on display as part of the London-based video artist’s first North American exhibition. Opening at Mercer Union, the show features Hope I’m Loud When I’m Dead (2018) and another short, the 16mm-shot Deux Soeurs Qui Ne Sont Pas Soeur.  The former uses home footage, news clips, cinema references, poetry and appearance by Eileen Myles to mediate on motherhood in a chaotic world, while the latter is  springboards from a 1929 Gertrude Stein script to examine personal concerns amidst political upheaval.

The Polaris Prize-winning musician has been busy working on a new album – as chronicled in the first season of CBC arts series In The Making – but is returning to the stage for a show billed as part theatre, part performance at the Museum of Contemporary Art (MOCA).  She previously performed her “live graphic novel” We Are In A Non-Relationship Relationship at the new works and experiments-focused Rhubarb Festival in 2017 so this will be a chance to see how the show has evolved since then. Whether singing or talking, Pimienta is always entertaining and engaging.

Images launches its 2019 edition with the Canadian premiere of British video artist Pilgrim’s hour-long conceptual piece, described as a “music video album” but far more complex than that term might lead you to believe. It’s a strange, beautiful, intimate exploration of connection, with evocative imagery set to seductive electronic compositions, poems read by Carol R. Kallend and the voices of Robyn Haddon and Daisy Rodrigues. I was really struck by Sparkling Body, shot in negative video and featuring a Haddon vocal that hits an Antony And The Johnsons note who knows what might resonate with you?

Vancouver filmmaker Wei uses her father’s unpublished spy novel as the jumping-off point for this deliberately fragmented short feature, which embraces the limitations of DIY cinema (and the puckish delights of green-screening yourself into whatever the hell you want to) while occasionally nodding in the direction of the espionage thriller the material was originally intended to be. (Wei will also be doing an Artist Talk at the festival, followed by a conversation with Canadian Art’s Merray Gerges, April 14 at 3 pm at Small World Music.)

The concept of “anti-racist mathematics” was introduced in post-Apartheid South Africa as a way of addressing issues of “education, power, alienation and access to the future” – similar to decoding the gendered and racialized bias that exists in word problems. B.C. artist Peters expresses the concepts through hypnotic digital models and deceptively soothing voiceovers, guiding us through the destructive intersection of capitalism and militarism. It’s beautiful, simple and occasionally terrifying.

Canadian-born, London-based filmmaker Mercer is fascinated by people who make movies outside any recognizable system – one-man auteurs like Len Cella and Phil Chambliss, the subjects of his short docs King Dong and Glass Eyes Of Locust Bayou, respectively. Gary is his most ambitious project yet, an hour-long documentary about music producer turned filmmaker Gary Davis, a key figure in the evolution of East Coast hip-hop who walked away from the industry to reinvent himself as a filmmaker in Florida, writing and directing pulpy horror and action movies no one ever sees.

Brooklyn filmmaker Svatek’s video essay is a meditation on the bizarre irony that although the tiny island nation of Tuvalu is slowly being consumed by rising sea levels (thanks, climate change!), its virtual presence is expanding proportionally thanks to the popularity of the internet domain extension .tv. Mixing fictional voicemails from a long-vanished citizen of Tuvalu, contemporary footage of the island and feeds from the various websites that use the .tv domain, Svatek creates a gently surreal feeling of melancholy for a place that still exists, if only tenuously.

Choreographer, dance and recent Griffin Poetry Prize finalist Aisha Sasha John returns to the stage at Images to perform a work-in-progress called Heat at The Costume House. We don’t know much else about it, but told NOW last year that her dance practice is all about listening: “When I started dancing again it was through improvisation technique. And that’s about listening – listening to my body, listening to the space. Training myself to listen is allowing myself to be receptive as a human being and to go with the flow, to surrender. What is the universe insisting to me?’”

Pamila Matharu: One Of These Things Is Not Like The Other

The Toronto artist and educator is a well-known figure in the city’s art scene so it’s appropriate that her debut solo exhibition is filled with work by other artists. The show is like a personal window in discussions around representation – or “decolonial aesthetics” – in local arts and media, mainstream and independent. On the walls are a mix of archival media clippings and images – including a recent NOW Magazine article and photos of 90s Toronto TV icon Monika Deol –  art works and objects, which surround a cozy-looking Bhaithak (Punjabi/Hindi/Urdu for “lounge”) that is hosting a series of discussions during the month-long run. In the next room is a video installation paying tribute to  late Indian painter Amrita Sher-Gil.