The best movies and free screenings in Toronto this summer

In addition to Ocean's 8 hitting the big screen in summer 2018, there are a number of free flicks, outdoor screenings and cool film festivals going on 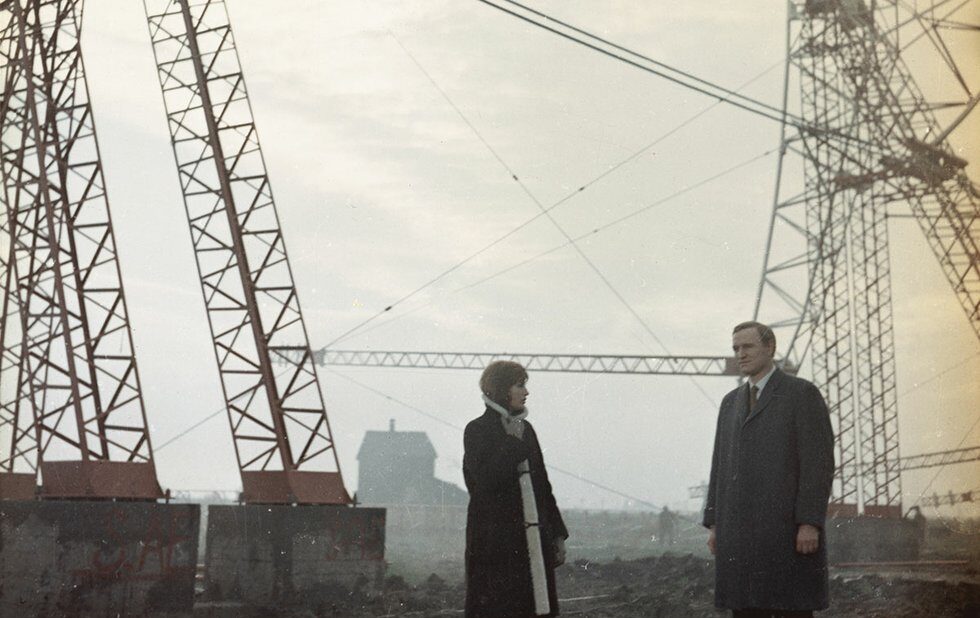 Cool down with classics at the TIFF Bell Lightbox

A touring version of the Museum of Modern Art’s 2017 retrospective of Michelangelo Antonioni is one of two film programs that stand out among TIFF Cinematheque’s summer season. The art house hasn’t done a retro of the influential Italian filmmaker since before it moved to TIFF Bell Lightbox in 2010, so if you haven’t seen classics like Red Desert, L’Eclisse or Zabriskie Point on the big screen, prioritize this series.

Elaine May’s directorial career has yielded only four films, but the comedy legend maintains a devout following among critics and film students. With many reassessing the ways Hollywood has failed to foster female directorial talent, this nine-film retro of May’s directing, acting and screenwriting career couldn’t be better timed. Key films to check out include May’s 1971 cringe comedy classic A New Leaf and her 1987 musical masterpiece Ishtar. 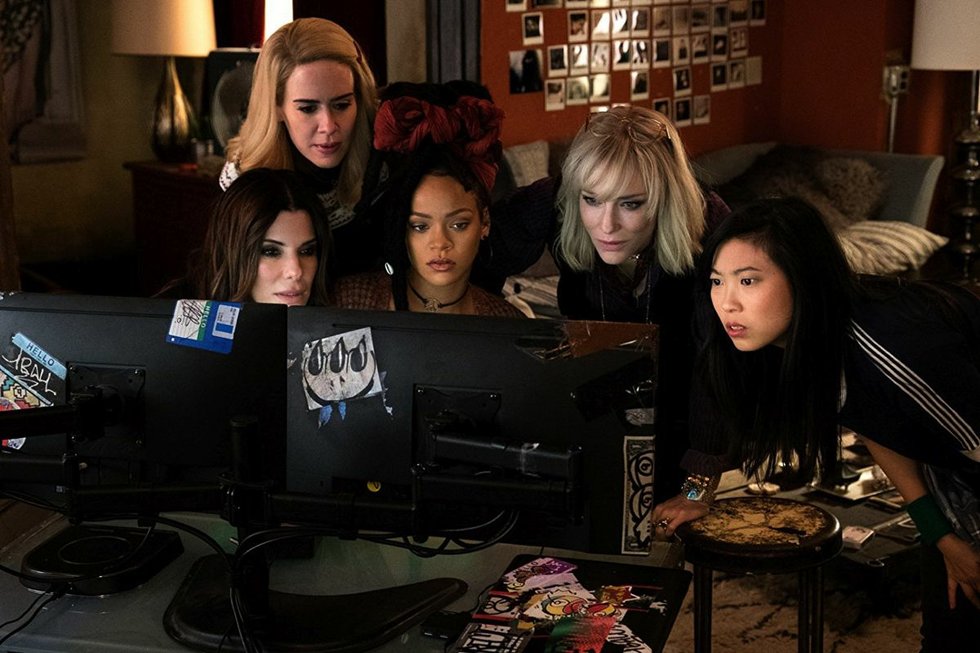 Sandra Bullock is Debbie Ocean, an ex-con who’s out to pull off the greatest robbery of her career: a raid on the priceless jewellery sported by celebrities at the Met Gala. But first she’ll have to assemble a crew of experts to plan the job, avoid detection and get away clean.

If this sounds familiar, it’s supposed to: Ocean’s 8 is a female flip on Steven Soderbergh’s all-star Ocean’s movies, with Bullock in the Clooney role of ringmaster and Cate Blanchett, Mindy Kaling, Helena Bonham Carter, Sarah Paulson, Awkwafina and Rihanna – yes, fricking Rihanna – as her crew.

Will anyone from the previous trilogy turn up? Who knows? Maybe Don Cheadle will drop by to annoy everyone with that accent.

Get your superhero kick at Incredibles 2

It’s been 14 years since Brad Bird’s The Incredibles blasted its way onto the list of superhero delights, and demonstrated that Pixar Animation is utterly without equal in its chosen field.

But no time at all has passed for the characters, and so Incredibles 2 picks up with Craig T. Nelson’s Mr. Incredible tending to super-baby Jack-Jack while Holly Hunter’s Elastigirl is out saving the world for a change. Samuel L. Jackson and Sarah Vowell return as Frozone and Violet, and Better Call Saul besties Bob Odenkirk and Jonathan Banks join the voice cast along with Catherine Keener and Isabella Rossellini.

Let’s see if anyone is dumb enough to wear a cape this time around.

It probably says something about pop culture eating itself that one of this summer’s most anticipated movies is a sequel to the big-screen adaptation of an ABBA jukebox musical.

Do we need to spend two hours finding out what happened to Donna as a young woman? Are there enough recognizable ABBA songs for a second film? Does Baby Driver’s Lily James look even the slightest bit like a young Meryl Streep? Does any of it matter?

Based on the way audiences responded to Cher’s appearance in the trailer the three times I’ve seen it, Mamma Mia! Here We Go Again is going to be massive. 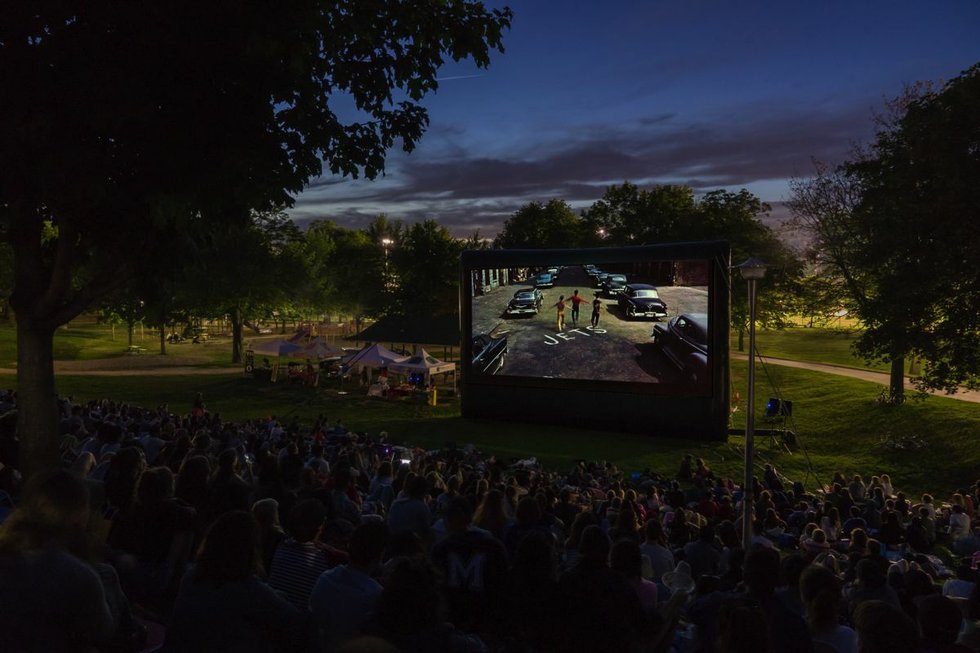 Get outside for a free flick

Every year around this time, the city lights up with free outdoor screening – and there’s something for everyone. Depending on your mood and how far you’re willing to travel, you can lose yourself in crowd-pleasers or disappear into something deeper and more thoughtful. Here’s a quick rundown of the biggest programs. (And yes, we usually include Harbourfront Centre’s Wednesday-night Free Flicks series, but no information was available at press time.)

Yonge-Dundas Square’s Tuesday evening City Cinema program is dedicated to rockumentaries this year, so wear your favourite band tee and try to keep the smell of pot to a minimum.

The St. Lawrence Market BIA has lined up three screenings in St. James Park: a Pride Week screening of Kissing Jessica Stein (June 21) preceded by a drag show on the Gazebo Stage Coco (July 26) and Breaking Away (August 23). oldtowntoronto.ca

The Aga Khan Museum brings back its Dancing In The Park series, with Saturday night outdoor screenings of La La Land (July 7) and The Wiz (August 4). agakhanmuseum.org

First up is Baltimore, as seen in John Waters’s Hairspray (June 24) then it’s Toronto via Sarah Goodman’s Porch Stories on Canada Day (July 1). Other destinations include Hong Kong in In The Mood For Love (July 15), Paris in Amélie (August 5) and Vienna in Before Sunrise (August 12).

Every film will be preceded by at least one short, and the whole thing closes with a surprise screening on August 19. As always, this series is free/pwyc, with donations welcome. christiepitsff.com

Start making friends with Torontonians who own sail boats: this August, Sail-In Cinema is back on Lake Ontario. Movies will be shown on a massive two-sided screen set atop a barge in Toronto Harbour. You have until July 12 to vote for the two movies that will be screened. (As of our publishing deadline, Space Jam and Guardians Of The Galaxy are leading the pack, which are two good picks to watch under the stars). If your mission to find a friend with a boat fails, you can watch from Sugar Beach.