The best TV shows about nurses

In honour of National Nurses Week, here are nine medical series that put nurses at the centre of the drama 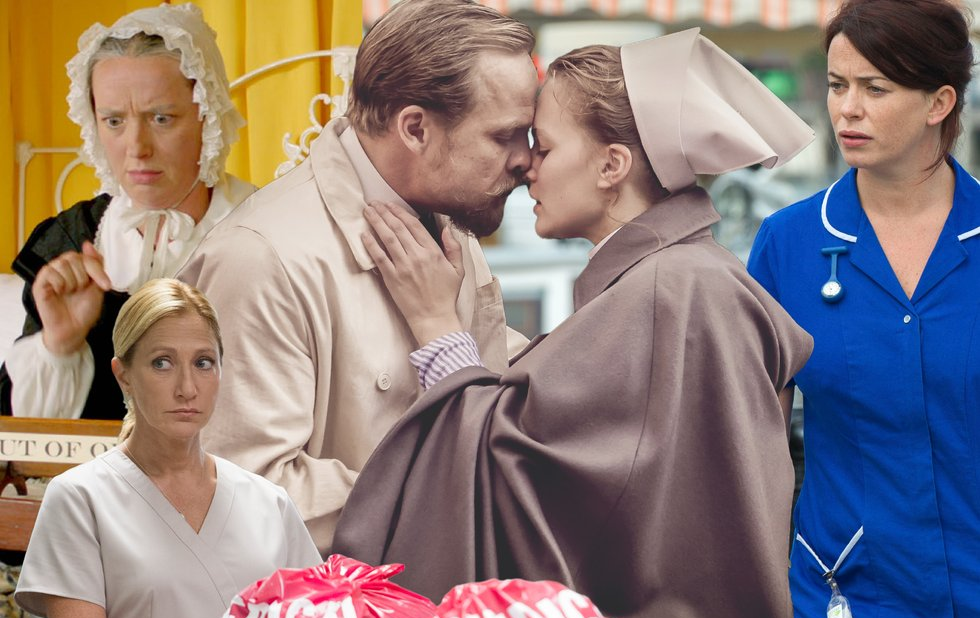 The Royal Today is as soapy as it gets.

The TV and movie stereotype goes like this: nurses are overly caring women, calm and with affectionate demeanour. In popular medical shows like Grey’s Anatomy, nurses are often sidelined as extras in narratives revolving around doctors.

In real life, nurses are hardworking and possess technical and interpersonal skills that are integral to patient care. It’s a profession of migration and immigration. Nurses deserve better stories on TV.

With 500 nursing schools, the Philippines is recognized as a global exporter of nurses, with 25 per cent of Filipinos working abroad as nurses. Canada’s Live-In Caregiver Program is a specific category for nurses trained in the Philippines.

Kerala, in South India, also contributes to the international supply of nurses, with 287 training institutions producing close to 20,000 graduates annually who had an emigration rate of about 30 per cent in 2011. The majority of these nurses migrate to the Middle East, but 5.5 per cent work in Canada.

A walk down a hallway of any GTA hospital reveals the diversity of nurses. They come from the Caribbean, South Asia the Philippines and beyond, but their stories are rarely seen on screen and that’s unfortunate.

International Nurses Day is observed on May 12 – the birthday of Florence Nightingale – to acknowledge the global contributions of nurses and nursing. And because 2020 marks 200 years since Nightingale’s birth, the mother of modern day nursing, the World Health Organization has declared the International Year of the Nurse and Midwife. How apropos, given the role nurses are playing during the current pandemic.

For these reasons, I’ve assembled a list of best shows about nurses available on streaming platforms. These series show how nursing has changed over the past 100 years and remind us that, behind the facade of being frontline heroes, nurses can have dramatic lives, too.

Since we’re still physically distancing and can’t take to the streets to rally or visit the nurses in our lives, I’ll be watching these TV programs about nurses. 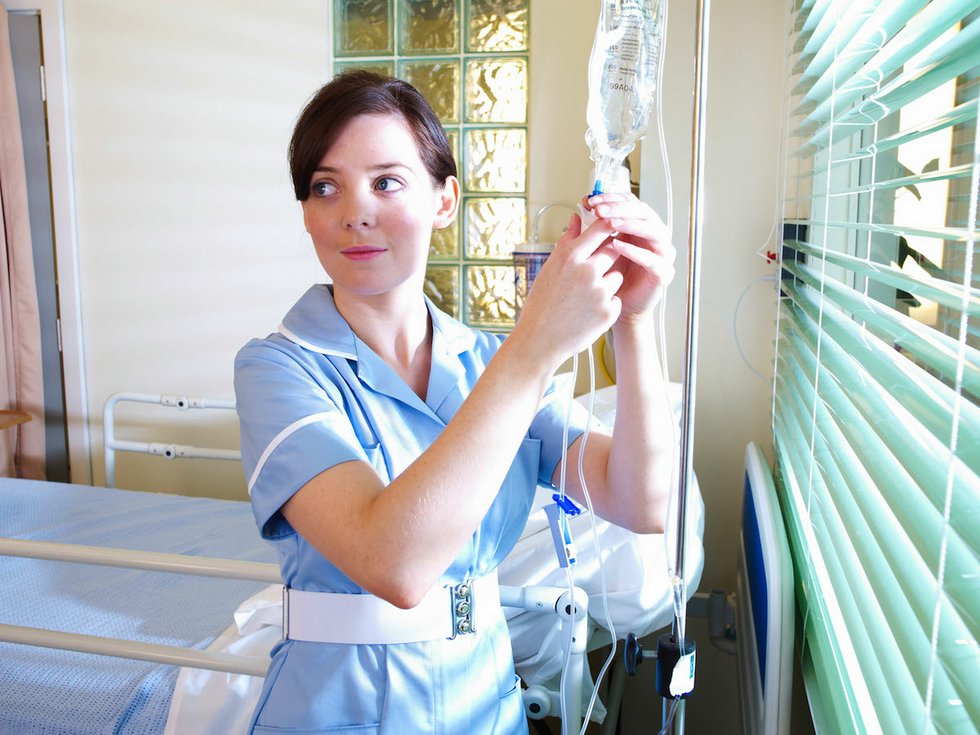 This humourous biopic is a good place to start your trip down TV nursing lane. Beginning at the end of the Crimean War in 1856, Florence Nightingale (Laura Fraser) returns home to her rich, Victorian lifestyle as a hero committed to doing more than becoming someone’s wife. As a nurse manager, she had reduced the number of wounded soldiers succumbing to infection by increasing hygiene and sanitation conditions. The biopic draws from letters and her private journals to tell the story of the woman who forged the profession through formalized education. Musical theatre and asides are interspersed between scenes of Nightingale with her family, the queen, doctors and policy makers, to recount how she became the mother of modern nursing.

This mockumentary is a hilarious take on the way history has treated the titular nurse and her moniker, “Lady With The Lamp.” (Nightingale attended to soldiers in the dark with a lamp during the war.) Similar to Florence Nightingale, this episode of the Horrible Histories series also uses musical numbers to tell her story, with Meghan Trainor’s pop hit All About That Bass becoming an ode about Nightingale’s emphasis on basic sanitation. With specific digs at gender, class and even racial disparities of the Victorian period, this episode is a unique take on this oft repeated story.

This spin-off of British period medical drama The Royal – which was set in the 60s – is as soapy as it gets. Headed by a male nurse, the modern Royal team is comprised of “sisters” who lust after him. In the first episode, more than one person collapses randomly, a student nurse is fatally stabbed by a visitor who is trying to steal drugs and disdain for the working class is just another narrative arc. An accented, Jamaican nurse in charge of students and general coordination is a reminder of the UK’s true nursing population. The steamy staff relations had me hooked.

Nurse Frankie Maddox (Eve Myles) pays daily visits patients in their homes. On the verge of getting engaged, she’s a rare female TV character who chooses her career over her relationship. Because Frankie works in homes and not in clinical settings, the show isn’t full of hospital tropes and tells stories often overlooked. While checking on a pregnant patient, Frankie is able to detect the daughter is unwell, without being told, and rush her to the hospital. But Frankie’s not cast as a hero or a feminist – she is a person who genuinely loves and prioritizes her job. That kind of happiness is fun and inspiring to watch.

This doc series follows speciality cancer nurses in different medical settings in the UK. Drawing interviews with patients, families, nurses and their colleagues, the show spotlights the variety of support nurses offer from delivery of medication through IV, grief counselling to assistance in wig wearing. The great moments occur between patients and their nurses, and in seeing the satisfaction these nurses draw from their work. 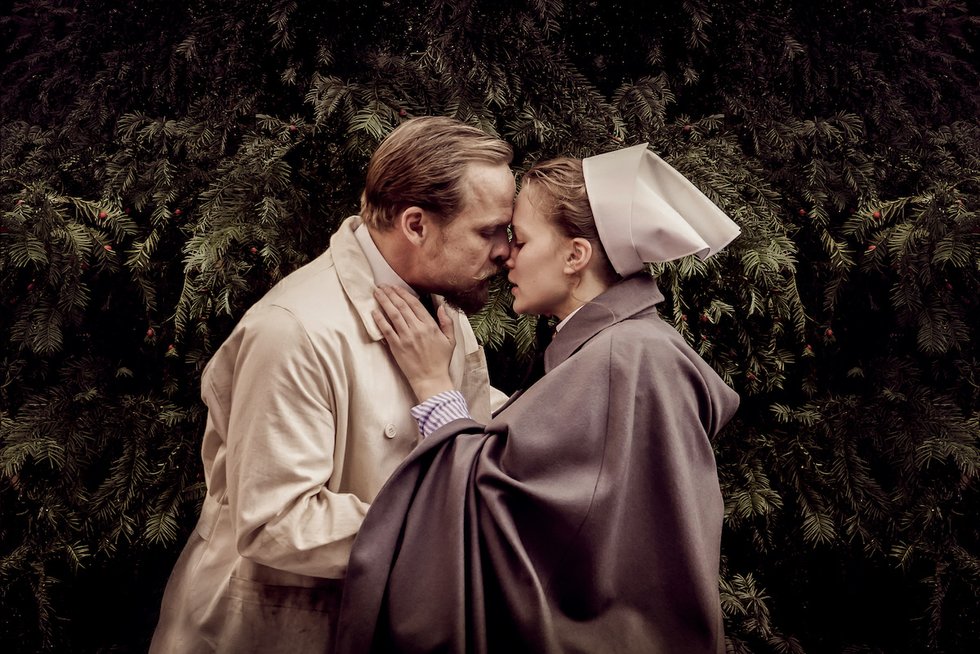 This German period drama isn’t about nurses specifically, nor is it easy to watch, but it offers an interesting history of medicine from the 1880s to World War II via one Berlin hospital. Surgery for appendicitis is experimental and operations are performed in theatres for student observation and as an exercise in German pride. The students are men, but the series shows how women were considered troublemakers who needed to be kept in line while men discuss important things like science. And yes, the show is historically accurate enough to portray characters who sympathize with Hitler. Charité is fascinating show about a time when fascism, dangerous nationalism, genocide and gender collide with the development of modern medicine.

This British true-crime doc series tracks the cases of several nurses (men and women), who have exploited their roles and responsibilities to heal in order to commit murder. Medical, criminal and psychological experts analyze stories told by the families and doctors of victims who range from babies to elders, while dramatic reconstructions give voice to the criminals themselves. It’s an interesting exploration of the psyche healer-killers, and a rarely exposed niche of true crime.

Morocco:  Love In The Times of War

(2017, one season, Spanish with English subtitles)

Set in 1921, this series follows a group of very wealthy women on the verge of marriage as they travel south to Melilla from Madrid while caring for wounded soldiers. The costumes are excellent – think Downton Abbey but less decadent because this is a war zone. There are handsome, wounded soldiers in uniform and perfectly coiffed, dainty nurses in uniform and lots of blood. This is not a serious show about nurses. After being told to prove herself as the best, one nurse uncovers a dusty piano and starts to play, distracting staff from bombs outside. This show starts with the the backdrop of war and gets steamy.

Jackie Peyton (Edie Falco) is an emergency room nurse living a double life. At home she’s a doting mother and wife and at work she’s respected as her department’s most valuable asset. But she’s secretly using narcotics. A classic of its time, Nurse Jackie dispels every myth about nurses giving everything of themselves for the job. Jackie has boundaries and a loud mouth to enforce them. While one nurse stereotype is dispelled, another is reinforced by her two gay co-workers, one brown and one white. Nursing student Zoey (Merritt Weaver) is a stand-in for the stereotypical nurse. She calls Nurse Jackie a saint, who returns the comment with a sharp glare. This comedy is worth watching for Weaver and Falco’s dynamic alone, but also for the medical drama, the co-worker drama and for its depiction of diversity on screen.

One response to “The best TV shows about nurses”