What Michael Jordan and the Chicago Bulls meant to Toronto

As The Last Dance wraps up on Netflix, Kardinal Offishall and Jully Black remember how the NBA's biggest star impacted Canadian culture 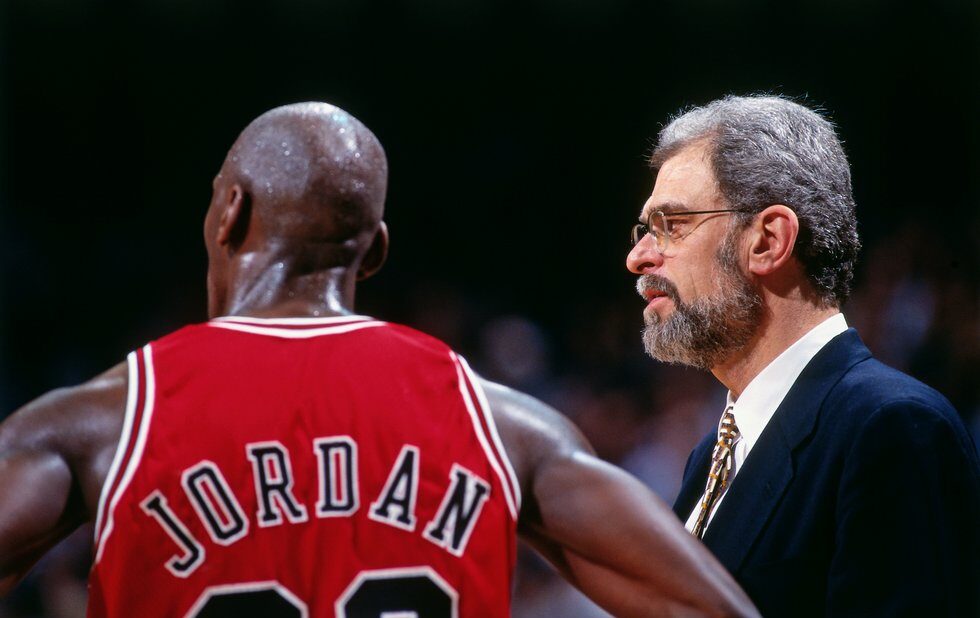 Toronto comes up short in The Last Dance, the riveting docu-series streaming on Netflix Canada, that delves into Michael Jordan’s legacy with the Chicago Bulls when the dominated the NBA – and global pop culture – in the 90s.

To the sound of KRS-One’s 1997 banger Step Into A World, episode seven blazes through the 95-96 season, when Jordan, Scottie Pippen and Dennis Rodman led the Bulls to a then-record 72 wins. Among their 10 losses that season, one was served up in Toronto.

“This is not an expansion team,” Jordan told reporters at the SkyDome, accepting defeat to the Raptors in their inaugural season with a smile.

For Toronto, the tense matchup also tested allegiances. Before we had the Raptors, what NBA franchise do you think our people loved watching?

“Until we had the Raptors, Chicago was my team,” says singer/songwriter and actor Jully Black.

Both Black and rapper-turned-Universal Music Canada exec Kardinal Offishall have been watching The Last Dance, which is a vivid trip down memory lane for many basketball fans and an introduction to a major turning point in the NBA to others. Offishall describes the series as a “cheat code” for newbies, curating some of the “best highlights ever in the history of basketball.”

Both Toronto born-and-bred musicians (and b-ball fiends) got on the phone with NOW to explain what the game meant to Toronto before the NBA came to town, and how the name Jordan rang out in our neighbourhoods.

“Us in the neighbourhoods, we were living that out,” says Offishall, who was born in Scarborough, spent his childhood in Flemingdon Park before moving near Little Jamaica in his teen years.

“You would watch a Michael Jordan game Sunday – you’re watching the Bulls play, but really you’re watching for Jordan – and the next day you’re in the park, going for your shot and screaming out ‘Jordan!’”

“That whole Jordan era was crazy,” says Black, describing a period in basketball that fostered rivalries between legendary players like Magic Johnson, Larry Bird and Patrick Ewing, with the Bulls captain dominating over all. During her formative years at Jane and Finch, Black would watch every Jordan game while also competing with her high school basketball team at Ontario Federation of School Athletic Associations (OFSAA), taking on Sarnia’s team, the Fighting Irish.

“I wore 23 [Jordan’s number]. I wasn’t even point guard but I demanded the number.” 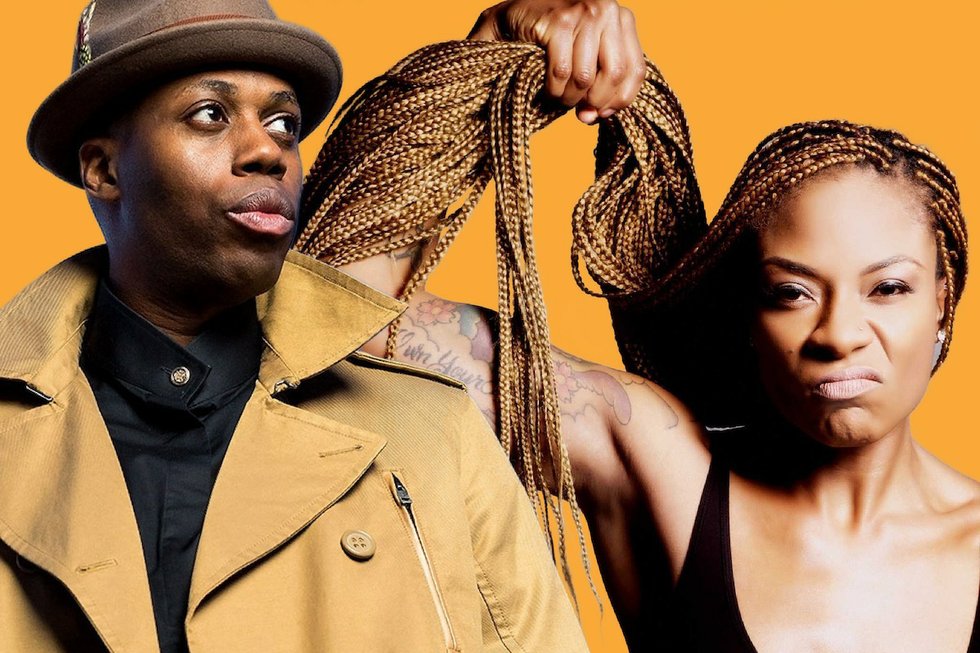 Raising the bar for Black Excellence

Full disclosure: I’ve never watched an entire NBA game – not even when the Raptors claimed the championship last year. But, as The Last Dance points out, Jordan was such a massive pop-culture force that I also have fond memories from the so-called “Jordan era.”

Whether you were watching the games or not, you knew the name Jordan signified greatness, you knew everyone wanted to “be like Mike” and you worshipped that silhouette on high-tops and tank tops: the Jumpman looking like a ballerina, reaching for a basket while giving us a grand jeté.

“He had that much of an impact,” says Offishall, “not just on the game but also the culture and the neighbourhoods around the world that idolized him and the sport of basketball. All of these things permeated into all the underserved communities around the GTA and around the world.

“What we were seeing is people that looked like us – people who had similar stories – but they were succeeding. And they used basketball as a way to better themselves. They used this in order to build a better life for themselves. It was very aspirational.”

Black adds that Jordan raised the bar for Black excellence, a kind that was widely embraced, like no one else before him.

“It was work ethic,” she explains, describing how Jordan’s mentality is something she tried to commit to when embarking on a career Toronto’s then-nascent hip-hop and R&B music scene. The Last Dance digs deep into Jordan’s herculean efforts to better himself and his team. Sometimes his tyrannical approach crossed over into verbal and physical abuse. The show doesn’t so much raise the question of whether the ends justifies the means so much as it argues affirmatively, yes, it did.

The cost of Jordan’s greatness wasn’t something fans knew back then. The cost of his most popular merchandise is another story.

For a pre-teen in Scarborough or Flemingdon or Jane and Finch, Air Jordans were an unattainable status symbol, the playground Maybach that even I coveted. Costing well over $150 in the early 90s (which was astronomical at the time), the first pair of Jordans I could afford was for my son. Offishall says he couldn’t afford a pair till he was a teenager. And Black points out why having a pair was also a hazard to your health.

“Where I lived, you’d be turned upside down for those shoes,” says Black. “They’re getting taxed. And I don’t mean HST.”

And now, Toronto has an entire store dedicated to the brand. Offishall points out the irony in Jordan’s fashion foothold.

“Jordan dressed like a goof,” he says. “His brand was ill. But his personal style to this day is terrible.”

I ask if Jordan’s buttoned-up style, with the oversized suits or shorts and pants riding way high, was just another way for the clean-cut and vehemently apolitical player to appeal to White America. This is the guy who has been rightfully criticized for saying “Republicans buy sneakers too” to explain why he wouldn’t endorse African-American Democratic candidate Harvey Gantt in a senate race against Jesse Helms, a notoriously racist senator.

“White America, Black America, whatever,” Offishall answers. “Those terrible dad jeans that he wears and his awful shirts tucked in with terrible belts, that’s not stylish in any race.”

Basketball fashion, style and aesthetics weighs on the culture at large. Offishall explains that there were many small but significant moments along the way, starting with the Fab Five, the University of Michigan’s all-freshman 1991 team. They brought hip-hop into basketball, playing Naughty By Nature at their games, and introduced North America to longer and baggier shorts that come down over the knees.

“They made it a thing,” says Offishall. “That’s when everybody started wearing bigger shorts in the neighbourhood.”

But if basketball culture was becoming hip-hop, the NBA was slow on the take.

“Think about Allen Iverson,” says Offishall, referring to the high-scoring star from the mid-00s. “At the time when he was at the height of his game, he was wearing braids and tattoos and whatever.”

Offishall points out that while those things seem trivial today, Iverson was the only example of someone wearing braids or cornrows in the NBA. “He was so hip-hop.”

The NBA’s white owners feared hip-hop. They even introduced a dress code to keep players from looking too hip-hop in 2005 after an unfortunate brawl dubbed the Malice At The Palace. Though over the years, NBA players have found a way to bend that dress code, merge high fashion with hip-hop and own their looks.

“Culturally, things are just different,” says Offishall, speaking to the shift in the NBA.

He also describes a bigger shift in Toronto’s basketball culture after the NBA came to town. Separating our basketball culture as pre-Rapters and post-Raptors, Offishall likens the evolution to hip-hop in the GTA, before the T-Dot became known as the 6ix.

“Growing up here you did it because you love it, because there was no proven opportunity for you to be globally recognized for what it is that you do,” he says. “He explains that up to a certain point, you couldn’t even count on making enough of an income in hip-hop to afford a house. “Sure we had the holy musical hip-hop trinity: Michee Mee, The Dream Warriors and Maestro. But still, there was a glass ceiling for all of those guys.”

“All of a sudden, people said, ‘Oh wait a minute, this can be something outside of just a domestic hit. There’s actually life in this.’ That’s the same thing that happened with basketball.”

Offishall name drops Greg Francis, who represented Canada at the Sydney Olympics and is currently coaching at the University of Ontario’s Institute of Technology (UOIT), as an example of the many players who excelled playing basketball in Toronto high schools or with summer leagues competing from neighbourhood to neighbourhood.

“But at the time, going to the NBA wasn’t a thing,” says Offishall. “For sure there were people that had the chops to make it to the NBA. But the NBA wasn’t really looking to Toronto to be a place at a certain point in time.”

But with the culture shift that the NBA brought to Toronto, we saw more prep schools and other institutions training and scouting players, and building up a generation that started with guys like Flemingdon’s Jamaal Magloire and reached out to the likes of Brampton’s Tristan Thompson.

“Now it’s not unfamiliar for us to know someone from a particular neighbourhood in the GTA that’s made it to the NBA.”