The Second Time Around proves its never too late for love 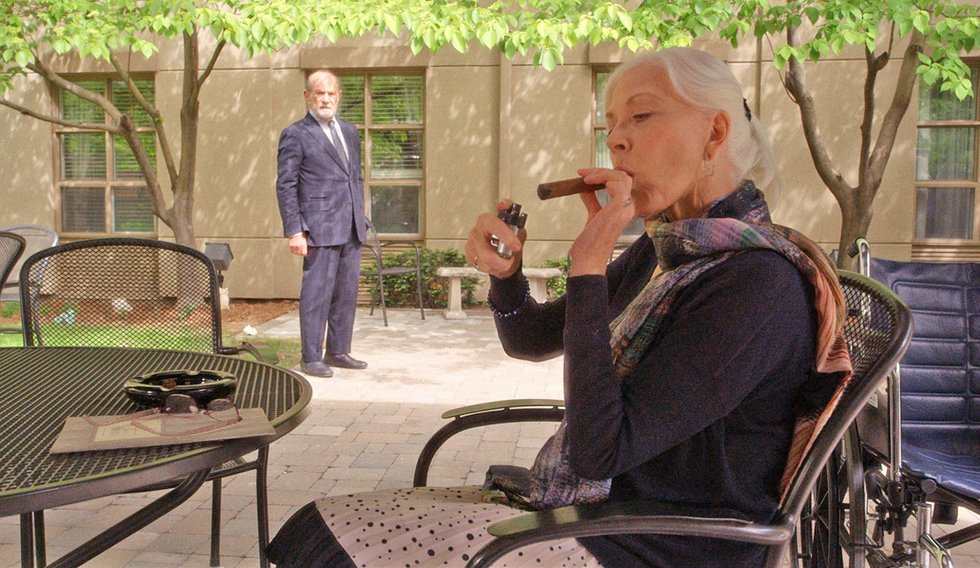 This story about Katherine and Isaac, two elders who fall in love at a retirement home, could have sunk into saccharine depths, but its authentic take on aging keeps it from making your teeth ache.

When Katherine (Linda Thorson) falls coming out of the opera and breaks her leg, circumstances force her to convalesce at the facility. Initially shes horrified appalled at the lineup of walkers in the lobby, rolling her eyes as the cheery nurse enthuses about the programming. She is not, she insists, staying for long.

At her table in the dining room, an array of characters scoffs, all except grumpy Isaac (Stuart Margolin), who expresses only his deep distrust of doctors. When Katherine needs some clothes mended, Isaac, a former tailor, sews her skirt, reluctantly delves into his personal history and reveals that, like Katherine, hes a music lover.

And so the friendship begins.

This is a simple story told with little nuance. But the relationships are believable, especially Katherines with her alpha-female daughter (Laura de Carteret), who doesnt have much time for her, and her pierced granddaughter (Alexis Harrison).

Its always a pleasure to see a bunch of Canadian veterans Louis Del Grande, the late Don Francks and especially Jayne Eastwood, whose character reacts to the budding romance with obvious jealousy strut their stuff. And as gentle as this piece is, it doesnt shy away from pointed references to dementia: one of the residents at Katherines dinner table never utters a word, and it looks like one of Isaacs poker players is forgetting how to play.

Theres no denying the death rate at an institution for elders.

But dont worry this pic is neither too sweet or too sour.