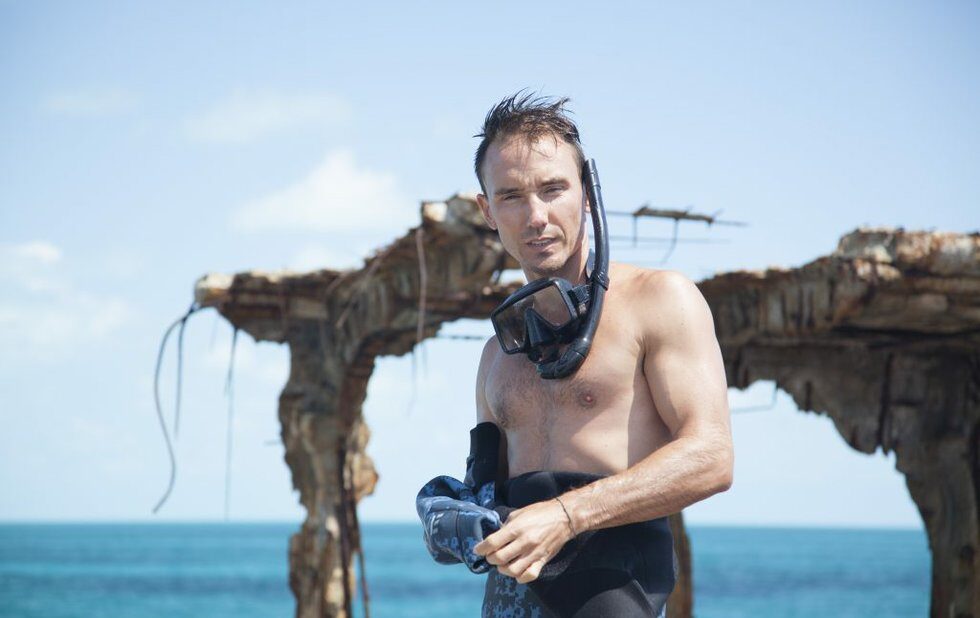 Late filmmaker and activist Rob Stewart's Sharkwater: Extinction will screen as a special event at TIFF 2018.

The Toronto International Film Festival has announced the bulk of its Canadian lineup, including new films by Denys Arcand, Jennifer Baichwal, Thom Fitzgerald and the late Rob Stewart.

Anthropocene, the new collaboration between directors Jennifer Baichwal and Nicholas de Pencier and photographer Edward Burtynsky, will screen as a special presentation a few weeks before the trio’s exhibition of the same name opens at the Art Gallery of Ontario on September 28. The film is the third entry in a documentary trilogy about the environment (following Manufactured Landscapes and Watermark).

Denys Arcand’s The Fall Of The American Empire, also the third entry in a trilogy, is playing in the special presentations program, as is Miranda de Pencier’s The Grizzlies, based on the true story of the Kugluktuk lacrosse team and co-written by de Pencier’s writing and producing partner on Anne, Moira Walley-Beckett.

Another anticipated title is late environmental activist Rob Stewart’s Sharkwater Extinction – completed after the filmmaker’s death during production in January 2017 – which will be screened as a “special event” during the festival. It opens in theatres on October 5.

Six world premieres will screen under the Contemporary World Cinema banner: Falls Around Her, a character study reuniting Darlene Naponse and Tantoo Cardinal, director and star of the 2010 drama Every Emotion Counts Sébastiane Pilote’s The Fireflies Are Gone, starring Karelle Tremblay (Les Êtres Chers, Hochelaga, Land Of Souls) as a restless young woman in a small town The Great Darkened Days, a period drama about a Quebecois draft-dodger hiding out as a Charlie Chaplin impersonator from Félix And Meira’s Maxime Giroux and starring Martin Dubreil, Sarah Gadon and Roman Duris Kingsway, the new film from Vancouver-based director Bruce Sweeney starring Gabrielle Rose and Camille Sullivan Les Salopes Or The Naturally Wanton Pleasure Of Skin, which appears to be a drama about female pleasure from Quebec director Renée Beaulieu and Thom Fitzgerald’s Splinters, an adaptation of Lee-Anne Poole’s 2010 play about a loaded mother-daughter relationship.

Igor Drljača’s first documentary The Stone Speakers – a look at four towns in Bosnia-Herzegovina that have reinvented themselves as “unique tourist destinations” – will screen in the Wavelengths program, which will also feature the North American premiere of Andrea Bussmann’s Oaxaca-set political allegory Fausto.

Finally, the festival anointed Rising Stars, an initiative to promote young Canadian acting talent: Devery Jacobs, star of Rhymes For Young Ghouls and The Sun At Midnight Lamar Johnson, who co-stars in the TIFF gala The Hate U Give Michaela Kurimsky, who makes her feature acting debut in Firecrackers, and Jess Salgueiro, who appeared in last year’s Mary Goes Round and co-stars in Patricia Rozema’s MOUTHPIECE. (TIFF will announce the four international Rising Stars later this month.)

None of the festival’s press releases mentioned Xavier Dolan’s long-in-the-works debut English-language feature The Death And Life Of John F. Donovan, which we may now assume exists in a quantum state that cannot be perceived with our paltry human senses. It was rumoured to be headed to last year’s TIFF and then this year’s Cannes Film Festival. Dolan told Indiewire in April that the film was accepted to play at Cannes, but he declined the offer.

The 43rd Toronto International Film Festival runs from September 6-16. Full details on the announced features and shorts can be found here.