David Mackenzie's historical drama, produced by Netflix and starring Chris Pine as Robert The Bruce, will open this year's festival. And there's some other stuff coming too. 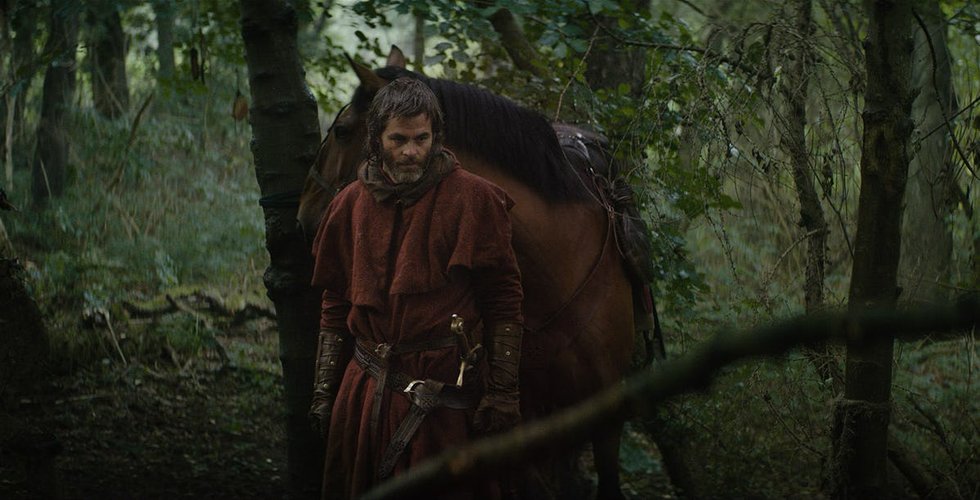 Chris Pine is Robert The Bruce in Outlaw King.

The historical drama, which stars Wonder Woman’s Chris Pine as Robert The Bruce alongside Godzilla’s Aaron Taylor-Johnson and Lady Macbeth’s Florence Pugh, will be the first Scottish production to open TIFF. It’s also the first Netflix feature to open the festival, so we’ll be hearing about that for a while.

The festival also named Jeremiah Terminator LeRoy as this year’s closing night gala. Directed by Justin Kelly, the drama stars Laura Dern and Kristen Stewart as Laura Albert Savannah Koop, the women who convinced the world they were hardscrabble author JT LeRoy … for a little while, at least.

Still piling on titles, TIFF announced another 47 features in its Contemporary World Cinema program – 27 of which are world premieres. The list will make your nose bleed, but highlights include Katherine Jerkovic’s Roads In February, a Canada-Uruguay production starring Arlen Aguayo-Stewart as a young woman confronting some painful truths while visiting her grandmother in Uruguay Radu Jude’s “I Do Not Care If We Go Down In History As Barbarians”, an essay film about Romania’s denial of the Holocaust, and Rosie, an Irish drama about a newly homeless family directed by Paddy Breathnach and written by Roddy Doyle another Irish film, Lance Daly’s Black 47, stars Animal Kingdom’s James Frecheville as a deserter trying to make his way home during the Great Famine.

Also screening under the CWC banner: Wolfgang Fischer’s Styx, a Berlin Film Festival award-winner starring Susanne Wolf as a sailor who comes to the aid of a boat of refugees Natalya Meschaninova’s Core Of The World, about a young veterinarian drawn into the lives of the family that employs him to care for their hunting dogs, and Avi Nesher’s The Other Story, a drama about two Israeli women looking to break out of their rigid lives.

The festival also revealed its Wavelengths program, showcasing the year’s more experimental filmmaking. Among the 43 titles announced are new features from James Benning (L. Cohen), Ulrich Köhler (In My Room), Roberto Minervini (What You Gonna Do When The World’s On Fire?) and Wang Bing (Dead Souls, an eight-hour documentary), new shorts from Ben Rivers (TREES DOWN HERE) and Apichatpong Weerasethakul (Blue) and a “cinematic experiment” about textiles and patterns by Jodie Mack (The Grand Bizarre). Mack also has a short in the program, Hoarders Without Borders.

RAY & LIZ, the feature debut from British photographer Richard Billingham, is an autobiographical drama starring Justin Salinger and Ella Smith (and Patrick Romer and Deridre Kelly) as fictionalized versions of Billingham’s parents Sergei Loznitsa’s The Trial uses found footage to reconstitute a show trial from the Stalin era. Bi Gan’s Long Day’s Journey Into Night was hailed at Cannes for its technical virtuosity, while Mariano Llinás’s The Flower, a drama in the works for nearly a decade, comes with its own bragging rights: at 14 hours, it’s the longest film ever produced in Argentina, and the longest film screening at TIFF 2018. Plan your schedule accordingly.

The 43rd Toronto International Film Festival runs from September 6 to September 16, 2018. The full schedule will be released August 21. More information on this year’s programming is available at the festival’s website.