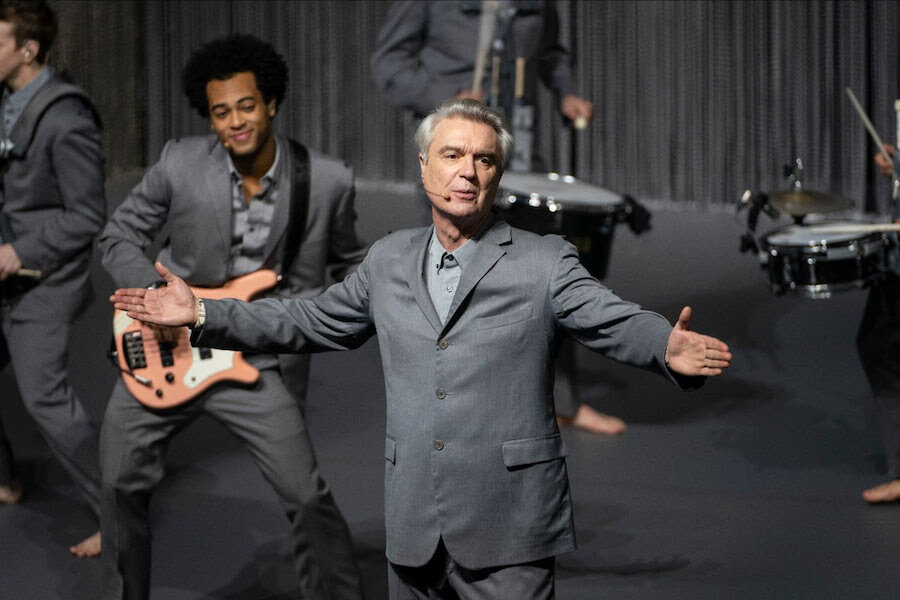 Produced for HBO, the documentary – which will be available to stream September 10 on TIFF’s online platform – captures Byrne’s run at Broadway’s Hudson Theater. The musician assembled 11 international performers (including Toronto drummer Jacquelene Acevedo) to play songs from his 2018 solo album and a number of reworked tracks from his discography, including several Talking Heads hits.

Toronto audiences got a taste of the show when Byrne played the Sony Centre in August 2018. The Broadway version was inspired by his work on the 2015 Luminato show Contemporary Color – subsequently restaged in Brooklyn and captured in a Ross Brothers documentary – and its themes of inclusion.

“This joyful film takes audiences on a musical journey about openness, optimism, and faith in humanity,” TIFF executive director and co-head Joana Vicente said in a press release. “This is especially poignant at a time of great uncertainty around the world.”

A meeting of two radical talents

The combination of Lee and Byrne is a fascinating mixture. Both are radical talents who defined America in very different ways in the 80s, and have remained artistically vital and politically engaged throughout the subsequent decades.

“Spike Lee has somehow always been exactly of his moment and ahead of his time,” said TIFF’s artistic director and co-head Cameron Bailey in the same statement. “With David Byrne’s American Utopia, he brings Byrne’s classic songs and joyous stagecraft to the screen just when we need it. Spike’s latest joint is a call to connect with one another, to protest injustice, and, above all, to celebrate life.”

It’ll be interesting to see how Lee’s often bombastic visual style mixes with Byrne’s famously minimalist aesthetic. The musician (and occasional filmmaker) spoke of American Utopia being a particularly intimate project when it opened on Broadway, with Annie-B Parson’s choreography designed to showcase musicians in motion.

The troupe’s performances of Once In A Lifetime and Toe Jam on Saturday Night Live earlier this year had a joyful warmth that radiated through the screen. (Sadly, the clips are no longer available on SNL’s YouTube channel.)

Another musical opener for TIFF

This is TIFF’s second consecutive festival to open with a music documentary. Daniel Roher’s Once Were Brothers: Robbie Robertson And The Band launched the 2019 edition.

David Byrne’s American Utopia will make its broadcast premiere on HBO and Crave later this fall.