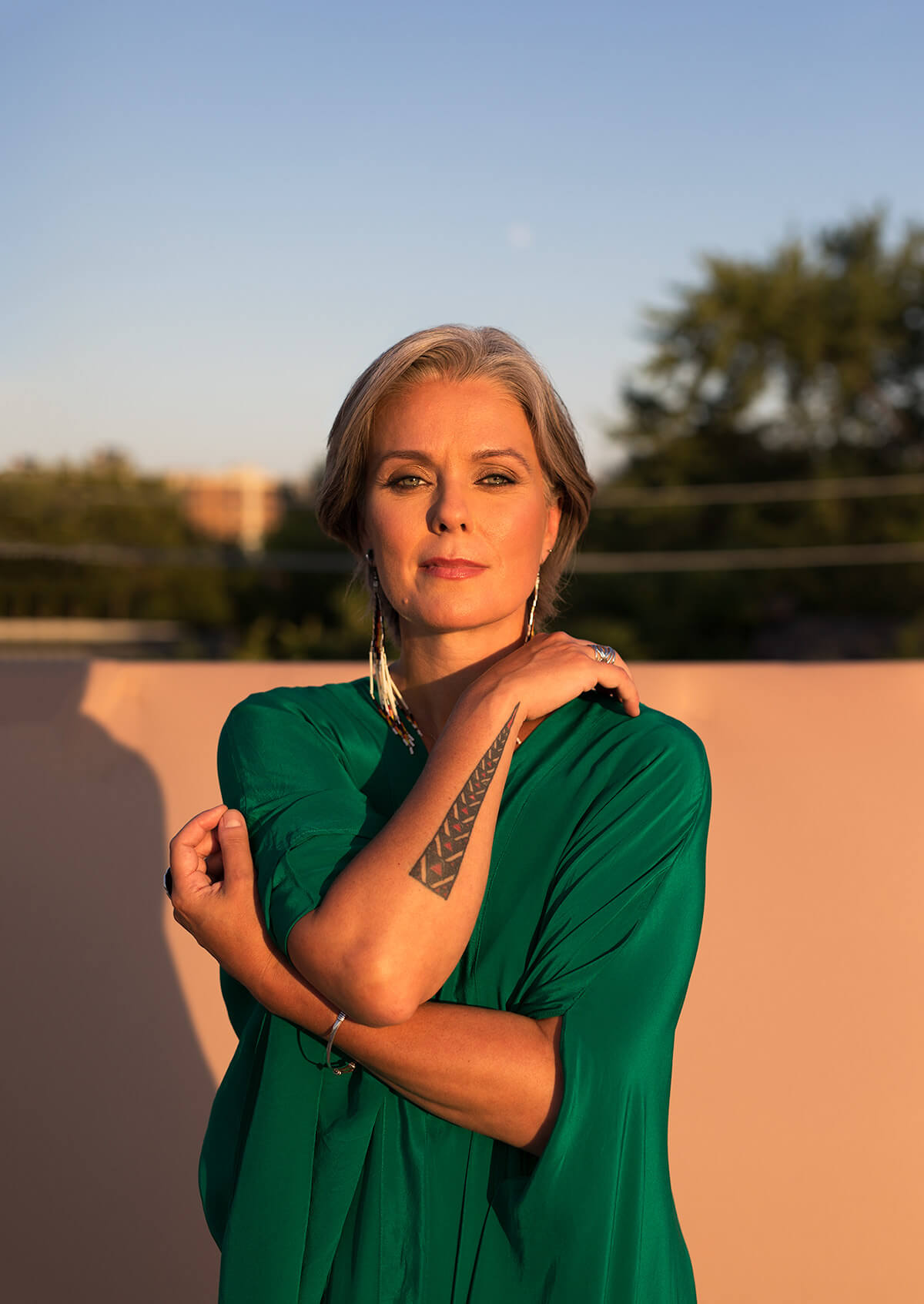 Michelle Latimer is headed to TIFF with the CBC series Trickster and the documentary Inconvenient Indian.

In The Inconvenient Indian, Thomas King writes that Native history, as written, has never been about Native people. “It’s been about whites and their needs and their desires,” writes King, providing much needed context to how Indigenous people are represented in print and on screen.

Latimer’s documentary is all about how a white settler lens has framed Indigenous people since the dawn of cinema. She shows the earliest surviving footage of Indigenous people on celluloid: Thomas Edison’s 1894 film Sioux Ghost Dance. In the short – one of a series of what Edison called “actualities” – performers from Buffalo Bill’s Wild West Show circle around a stage putting their culture on display.

“Those practices were actually illegal and outlawed,” says Latimer, the director behind Viceland’s Indigenous resistance doc series RISE. She adds that the only time Indigenous people were welcome to take part in their own culture, whether it be the Ghost Dance or Sun Dance, was when they were doing it for a white settler lens.

“Native people were literally at the time being starved off their lands to create settlements,” says Latimer. “And yet they were put on stage for these travelling Wild West shows that then translated into the Hollywood Western.”

Filmmaking has racist foundations, from The Birth Of A Nation’s valorization of the KKK to Nanook Of The North’s retrograde and staged depiction of Inuk people in Canada. Inconvenient Indian lays bare how those images were manipulated and weaponized by a colonial lens, feeding into a narrative of the savage Indian that would make cultural genocide more palatable.

That’s why, Latimer argues, when it comes to representing Indigenous people and culture, authorship is crucial.

Latimer engages this conversation at TIFF on two fronts. She breaks down the urgency of Indigenous authorship and representation in Inconvenient Indian. Then she shows those virtues in practice in Trickster, the six-part adaptation of Eden Robinson’s novel Son Of A Trickster, which Latimer directs with soul and vigour. 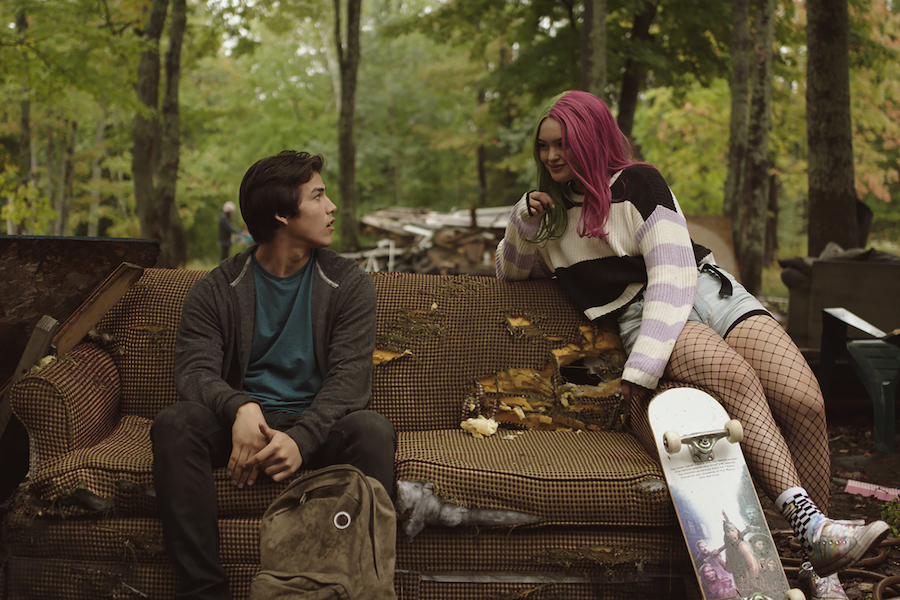 In Trickster, magnetic newcomer Joel Oulette stars as Jared, a resourceful teen in Kitimat, British Columbia. He works at a drive-thru while cooking and dealing MDMA on the side, supporting himself and his mother (Crystle Lightning), a passionate and turbulent force of nature. While energy companies are in the background, wreaking their devastation on the land and community, Jared starts encountering talking crows, doppelgangers and people whose skin just ain’t sitting right.

Jared also encounters racists who pay him compliments that don’t sit right. “You’re one of the good ones,” says a drive-thru customer. That line didn’t come from Robinson’s book. It was a “compliment” Latimer herself has received and added to her adaptation.

Latimer, who lives in Toronto, is speaking to me from Thunder Bay, where she was raised. She’s been going back and forth, most recently returning home to finish the sound mix on Inconvenient Indian. She also squeezed in NOW’s photo shoot on her condo’s rooftop, shedding her all-Black everything look and showing off a head of striking silver and white hair.

She blames/credits Trickster for the new look, joking that making the show has significantly aged her. Latimer put off getting a colour while filming the series. Then the COVID-19 pandemic hit, making a visit to a hair stylist impossible. So she just grew into it.

Latimer’s journey with Trickster began with reading the novel three years ago, then lamenting that she could never afford the rights. Indigenous artists didn’t have the capital and influence to compete with bigger production companies that would bid against them for rights to the coveted stories. A case in point is the Richard Wagamese novel Indian Horse. White producers got the rights, then hired a white writer and white director to make the movie about residential school trauma.

Latimer just happened to be lamenting the issue at a dinner in passing to Jennifer Kawaja, an executive producer at Sienna Films, the company behind the CTV series Cardinal. Kawaja offered to help acquire Son Of A Trickster despite not having read the book. She consumed it the following weekend and immediately partnered with Latimer to purchase the rights. The writer and director is especially grateful that Kawaja laid out 50-50 terms.

Latimer wagers that very few if any production companies at Sienna’s level would do that. Drawing from experience, she explains that producers would just take the rights and ownership while paying the Indigenous creative(s) a fee for directing or showrunning.

“These are grey waters right now,” says Latimer. She urges the industry to explore how to create safe spaces for Indigenous voices, and not just offer gun-for-hire gigs while placing the role of “representation” on their shoulders.

We’re at a point where diverse and Indigenous storytelling are PR buzzwords that producers will cash in on. The danger now is that producers will hire BIPOC talent to fill a mandate or serve good publicity but not empower those creatives with ownership stakes or final cut.

The situation that Latimer describes in filmmaking is not unlike the conversations that are happening in news media organizations, including the CBC. These conversations have intensified since the racial reckoning spurred by George Floyd’s murder in the U.S.

In The Walrus, former CBC reporter Pacinthe Mattar wrote about an unsupportive environment where stories dealing with race were met with intense scrutiny. Christine Genier, an Indigenous woman, resigned from her post as host at CBC radio show Yukon Morning. She announced on-air that she was tired of the underrepresentation at the company and that CBC’s Journalistic Standards And Practices prohibit BIPOC journalists from voicing their concerns and opinions. CBC has announced internal reviews and efforts to empower marginalized voices.

When it came to adapting Trickster, Kawaja, who is of Middle Eastern descent, brought capital and infrastructure through Sienna Films. But she also recognized that Latimer, who comes from the Indigenous community, is bringing all the intellectual property. That was the reasoning behind splitting ownership 50-50 and empowering Latimer to rely on her experience and knowledge to edit, cut and rework the Trickster trilogy for television – in collaboration with author Robinson, of course.

“That’s where the shift has to happen,” says Latimer. She explains that more settler producers need to recognize – on contracts and balance sheets – the wealth Indigenous creatives bring to their own stories. “It’s not just for the taking.” 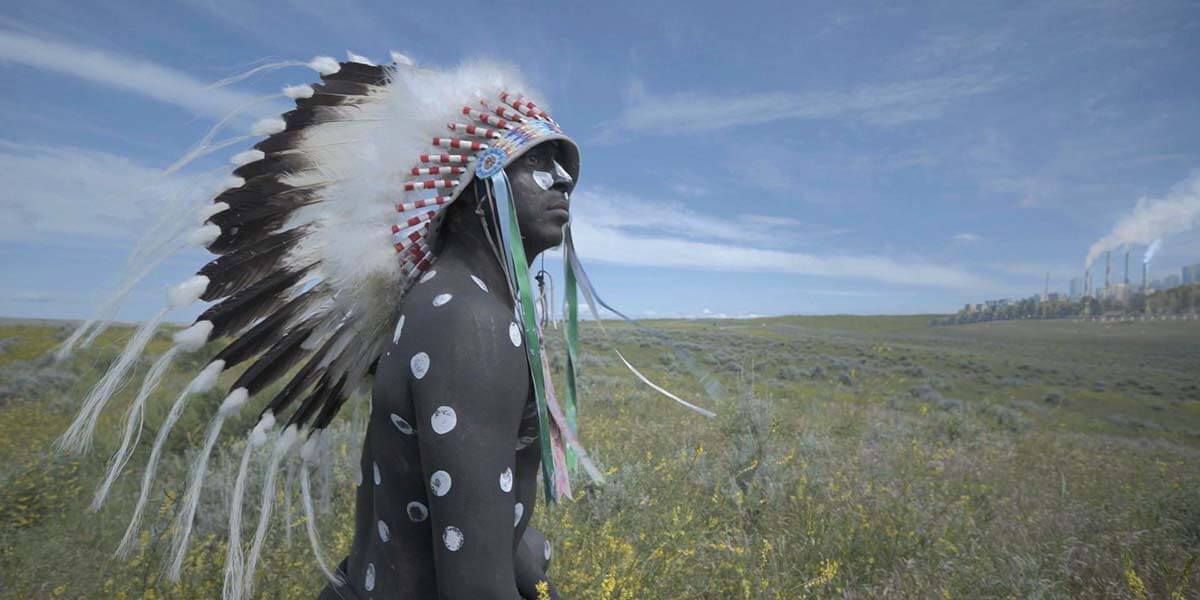 For Latimer, Trickster is about reclamation and healing. At its core, the novel and the upcoming series are about an Indigenous teen who just wants to fly under the radar but discovers his ancestry, the trauma that runs deep in his history and the power he inherits from it all.

While she remains vigilant about how Indigenous voices could be misrepresented, Latimer is also heartened and inspired by how the community is stepping into its own. They can embrace the culture in ways that previous generations couldn’t because it was criminalized.

Meanwhile, in Inconvenient Indian, she drops in on filmmakers Nyla Innuksuk and Alethea Arnaquq-Baril, musicians A Tribe Called Red and artists Kent Monkman and Christi Belcourt. The doc showcases a generation that is owning the culture in all its plurality, whether at a protest, in galleries, through video games or at a party where feathers glow in black light.

“It’s easier for us to try to reclaim these things,” says Arnaquq-Baril, in the film. She explains that the previous generation endured residential schools, the Sixties Scoop and an inescapable culture of racism, so embracing culture can be a painful and hard-fought process “because they were shamed so hard for it.”

That issue hits home for Latimer. Like so many Indigenous people, she grew up with a complicated relationship to her heritage. Her father is French-Canadian. Her mother is Algonquin and Métis, raised in Northern Ontario, away from her community in Kitigan Zibi. Latimer’s mother was Catholicized at a school taught by nuns, where abuse was prevalent. She is not unlike the generation that Arnaquq-Baril describes.

The Trickster director recalls watching her mom bury her heritage while growing up in Thunder Bay, a town riddled with racism. As a result, Latimer grew up detached from Indigenous traditions and often confused about her mixed-race identity.

“It’s an awful thing to grow up seeing the parent you idolize trying so hard to fit in,” says Latimer. She talks about how her mother would explain away her dark skin or let people assume she had returned from vacation. “I realize she wanted me to have the same opportunities as every other kid, but her shame was apparent.”

In terms of grappling with her own identity, Latimer’s first job didn’t make things easier. At 14, she worked for Fort William Historical Park, representing Indigenous culture for tourists.

Latimer was a performer there, dressed like a young Ojibwe Métis girl from the 1800s. She sat in a wigwam, beaded and talked to tourists about her character’s history. In some ways, the experience felt authentic and affirming, as she learned beading and harvesting from her Elders. But then we think back to the Buffalo Bill performers in Thomas Edison’s films. She told the story of the fur trade as written by settlers for settlers. Meanwhile at school, she was learning a whitewashed version of her own history.

Latimer also grew up aware of her own privilege as a light-skin person. At a young age, she saw her friends cope with more intense racism than she did. And even today, she remains uncomfortable with how her light skin may have benefitted her career “because society is so fucked.”

There’s a coming-of-age story somewhere here, in which Latimer sorts out this growing list of complications and emotions to discover her connection to Indigenous culture. Perhaps it’s the material for another movie. For now, she cites Thomas King. In The Inconvenient Indian, he writes about the struggle for Indigenous people to be seen because they don’t conform to stereotypical notions of the “Dead Indian” (think bone chokers and Tomahawks).

“I realize that’s the story for so many of us,” says Latimer, who adds that the community is not a monolith and being mixed-race doesn’t make her less Indigenous.

After leaving Thunder Bay, Latimer started to connect with other Indigenous artists like Jennifer Podemski, whose experiences echoed her own. The commonalities were empowering. They built a community, and that community is very visible in Inconvenient Indian and Trickster.

“I was able to own my experience and translate that into making art, for, and about, my community.”

The director recalls a visit to Thunder Bay. She joined her sister and mother on a trip to Walmart to get passport photos. The attendant told Latimer and her sister that they were so lucky to be living in Toronto, adding that she disliked living in Thunder Bay because there were “too many Indians.”

According to Latimer, her mother snapped: “You should really be careful who you’re talking to. I’m Indian!”

“My mother would never have said that 20 years ago,” says Latimer, proud to witness that (r)evolution.