NOW MagazineMovies & TVTIFF review: 76 Days is a breathless look at the COVID-19 outbreak in Wuhan

TIFF review: 76 Days is a breathless look at the COVID-19 outbreak in Wuhan

Shot inside a hospital during the winter lockdown of Wuhan, this documentary chronicles China's initial response to COVID-19 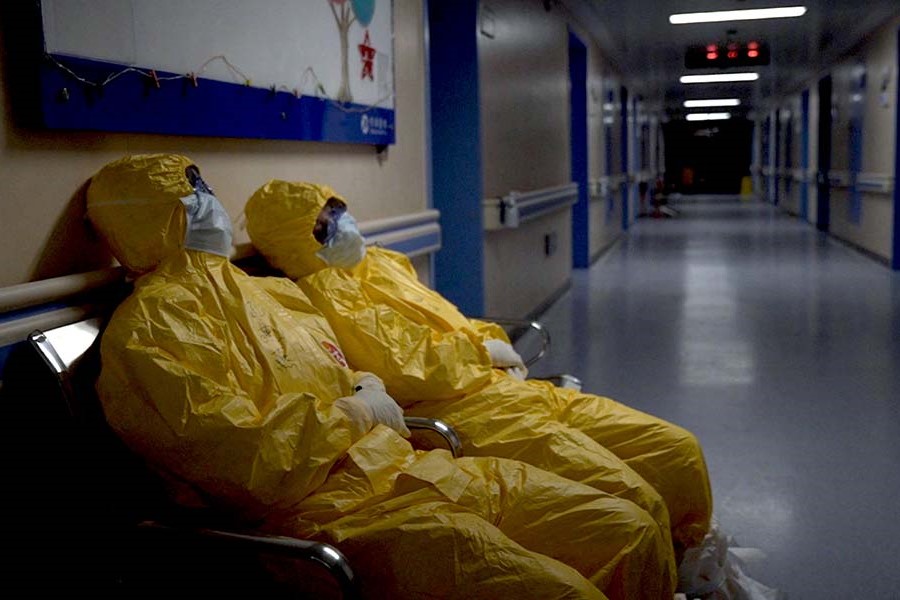 Doctors take a rest break in the documentary 76 Days.

The press notes for 76 Days include a request not to include any details that might help the Chinese government identify and possibly persecute the people or locations shown in the film.

I’m going to honour that request, partially because it seems like a good idea and partially because there’d be no point in trying to identify any of the doctors, nurses or orderlies we see in the documentary; they’re all wearing PPE from head to toe, the better to limit their exposure to the coronavirus raging all around them. The documentary is nearly over before we see a medical worker without a mask, and it’s jarring.

Shot guerilla-style inside four Wuhan hospitals over the course of China’s lockdown, 76 Days is a movie about health-care professionals doing their best to care for an endless onslaught of patients as COVID-19 whips through the population. It’s early February; the pathology of the virus is still unknown. All that’s certain is that the case numbers won’t stop rising, supplies are short, and there’s no end in sight.

New York-based filmmaker Hao Wu – who created a narrative out of the footage that co-directors Weixi Chen and an anonymous filmmaker sent out of China – presents that story with a minimum of editorial flourishes or helpful soundtrack cues. There’s an initial flash-forward that finds a hospital official cataloguing the possessions of the dead. Then we’re back at the beginning of the outbreak, with new arrivals being asked to triage themselves on the other side of a very heavy door, so the staff can admit them one at a time by urgency.

Wu repeatedly checks in on a couple of patients: an older man with dementia who wanders the corridors demanding to go home, and a more cooperative woman trying to keep her spirits up as her condition worsens. We root for them, even as the staff mutter about ventilators and other radical measures.

76 Days emulates the feeling of the doctors themselves, racing to deal with the next problem as quickly as possible because stopping for even a moment could lead to total collapse. (Emotional? Systemic? Either, or probably both.)

The movie is both journalism and history, the cameras at ground level on ground zero. It’s an unpleasant experience, but a necessary one at this particular moment. And don’t you dare go out for a drink afterward.