TIFF review: Concrete Cowboy gets lost on the trail

Despite a magnetic turn from Idris Elba, Ricky Staub's first feature can't integrate all of its ideas into a coherent story 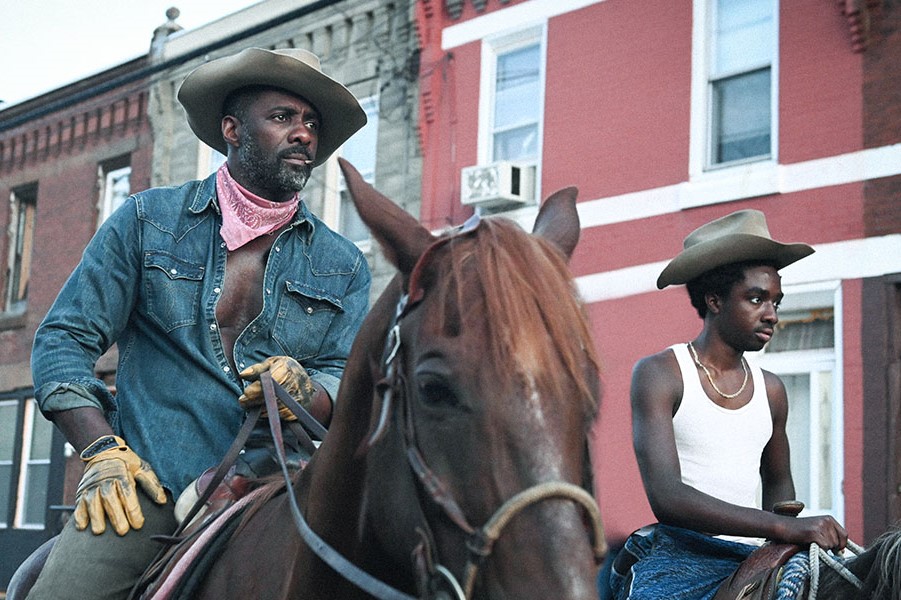 There are at least four different movies rattling around inside Ricky Staub’s Concrete Cowboy, and it never gets a handle on any of them.

Sometimes it’s a coming-of-age tale about a troubled teenager (Stranger Things’ Caleb McLaughlin) who gets a chance to turn his life around working with horses at a stable in a struggling Philadelphia neighbourhood. Sometimes it’s a melancholy look at people trying to maintain a specific way of life as the world moves on around them. Sometimes it’s a generational drama about a father and son learning to understand one another. And sometimes it’s a slick urban drama about the poisonous influence of drugs on Black lives.

Oh, and there’s also an underlying allegory about how gentrification plays on the weaknesses of the economically disadvantaged, reworked here into a story of ranchers defending their land.

Concrete Cowboy fishtails through all of these different modes, never finding a way to integrate all of its ideas into one coherent work. And while I often say I’d rather watch a film with too many ideas than too few, this particular film is an exception to that policy: adapting G. Neri’s novel Ghetto Cowboy with co-writer Dan Walser, Staub may have the best of intentions but lacks the skill to deliver on them.

Concrete Cowboy doesn’t lack for talent: Idris Elba is almost ridiculously suited to the role of a modern horseman, giving his Harp – a man with a code that must be respected, even when it works against him – a few flickers of self-awareness and an ease that only emerges when he’s surrounded by his fellow riders. The film’s best scene finds Harp and his posse schooling Cole in the history of Black cowhands in the west, erased by decades of movies and television shows featuring exclusively white heroes.

When Concrete Cowboy engages with the ideas of legacy and identity, it’s powerful and considered; when it tries to serve its other narrative goals, it’s not nearly as successful.