NOW MagazineMovies & TVTIFF review: A Suitable Boy is both groundbreaking and conventional 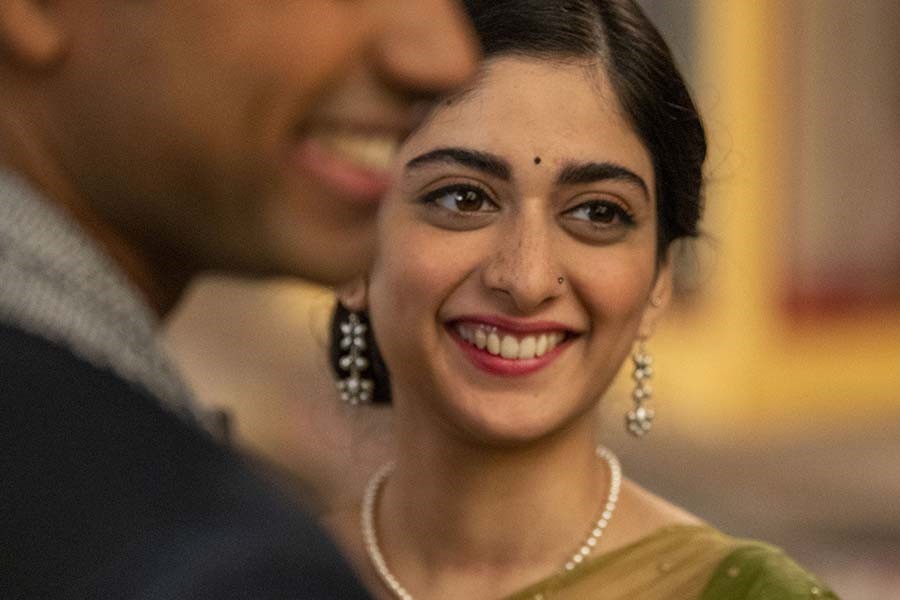 The closing night gala at TIFF, A Suitable Boy is, undeniably, a landmark miniseries: an expensive, elaborate BBC adaptation of Vikram Seth’s 1993 novel, it’s the first such production to feature an almost entirely South Asian cast. And it’s directed by Mira Nair, whose Salaam Bombay! and Monsoon Wedding, among others, have offered unsparing, emotionally acute explorations of Indian culture.

No expense has been spared: its India looks like India, rather than a collection of soundstages, and Seth’s tale of people finding their way in a newly partitioned nation is told through the eyes and experiences of Indian characters, rather than from a colonial perspective that exoticizes or marginalizes the locals, as was the case in projects like The Jewel In The Crown. (It’s been nearly four decades since that prestigious ITV production, which also nicely illustrates how rarely Indian stories are told at this scale.)

The narrative focus is split between two characters, both living in whose families are united by marriage: Lata Mehra (Tanya Maniktala) is a student determined not to let her traditional mother (Mahira Kakkar) choose her husband and therefore her future, while her new brother-in-law Maan (Ishaan Khatter) – whose brother has just married Lata’s sister – is rebellious in a different way, embarrassing his politically connected family and courting public scandal by falling for a ghazal singer (Tabu), who’s considerably older than him.

In the background, the construction of a mosque right next to a temple exacerbates tensions between Hindus and Muslims, who’ve become a persecuted minority since Partition… so of course the one young man (Danesh Razvi) who catches Lata’s eye at school is himself a Muslim. Are they to play out a Romeo and Juliet thing, or does Lata have an entirely different narrative ahead of her?

And as it goes along, it becomes clear A Suitable Boy may be revolutionary in its perspective but very conventional in most other ways. Dramatically, it sticks to the prestige-adaptation playbook, with a script by Andrew Davies – the go-to writer for literary ventures, with miniseries versions of Pride And Prejudice (the one with Jennifer Ehle and Colin Firth), Vanity Fair, Bleak House, Little Dorrit and most recently War & Peace on his resume – that lays out the novel for us in long, didactic stretches.

Passion is sublimated; violence is abstracted as Davies flattens the drama out, the better to make it easily digestible over the course of several evenings. There’s nothing here that might make viewers change the channel, but neither is there anything that will have them counting the days until the next episode airs.

It’s undeniably a net positive that A Suitable Boy exists, and that people of the Indian diaspora can see themselves represented in a major television miniseries in this way. And it’s also good that TIFF is making it available to stream at home, because sitting in a theatre for six straight hours seems like a really questionable idea right now – and in any case, this was absolutely designed to be watched in the comfort of one’s living room.