NOW MagazineMovies & TVTIFF review: The Best Is Yet To Come is a solid journalistic procedural

TIFF review: The Best Is Yet To Come is a solid journalistic procedural 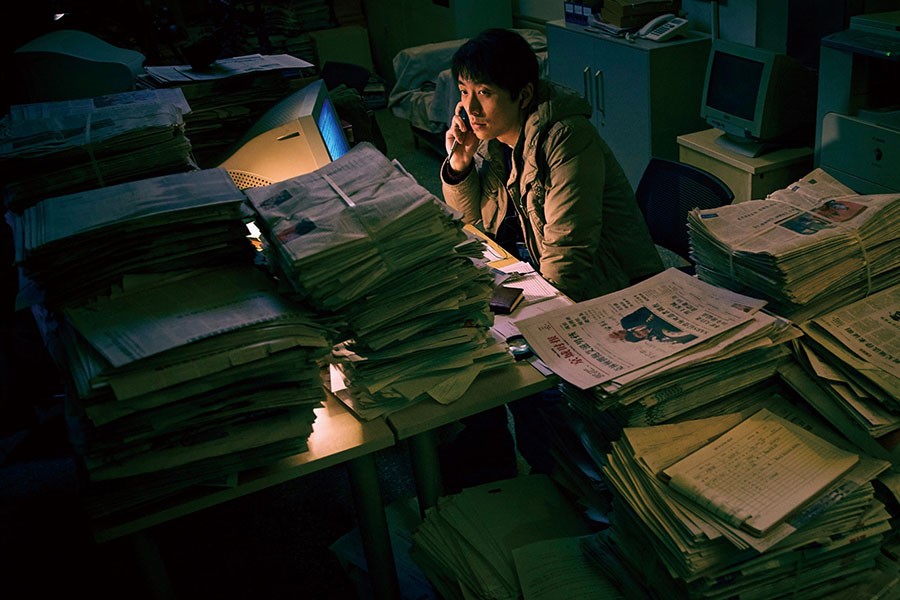 White K plays a dogged young journalist in The Best Is Yet To Come.

Boasting master filmmaker Jia Zhang-ke as an executive producer, Wang Jing’s first feature The Best Is Yet To Come is based on actual events that scandalized China a decade and a half ago – when it was revealed an entire illicit industry existed to provide clean health certificates to people with Hepatitis B.

Under Chinese law, even asymptomatic carriers were prohibited from certain jobs and graduate-school positions; Hep B patients were further stigmatized by widespread ignorance about the blood-borne disease, which has a difficulty of transmission similar to HIV but was perceived as easily communicable.

The Best Is Yet To Come filters this story through the experiences of Han Dong (White K), an untrained but resourceful and observant journalist who lands a job as an intern at the Jingcheng Daily under the wing of equally dedicated reporter Huang Jiang (Zhang Songwen). The two bond while investigating a mine collapse, but when Dong discovers the blood scandal Jiang is skeptical. Will Dong continue to pursue the story? Of course he will.

Director Wang and screenwriters Huang Wei, Hwong Minmimn, Chen Chengfeng and Li Jingrui appear to have watched every Western movie and TV show about dogged journalists who risk everything to bring the truth to the world. Their interpretation of the genre is crisp and engaging, using Dong’s relationships with his girlfriend Xiao Zhu (Miou Miou) and his oldest friend Zhang Bo (Song Yang) to illustrate the issues he’s investigating. And the actor known as White K is very good at showing us how Dong’s single-mindedness in pursuit of a story leads him to miss important details that might be staring him in the face.

The filmmakers also layer in historical elements which resonate with the present moment: the film is set just a year or so after SARS burned through China, making the discussion of any infectious disease seem contentious, and Dong’s lack of a residence permit in Beijing – as well as his lack of a formal journalistic education – effectively places him in the same powerless space as the people on whom he’s reporting.

It’s a solid debut, though – ironically, given the film’s title – the Western influences overwhelm The Best Is Yet To Come in its last movement, as Wang and his writers structure a series of uplifting triumphs for maximum corniness, complete with an English-language power ballad on the soundtrack. The movie earns its upbeat ending, but its execution seems designed to appeal to an entirely different audience than the one it’s been playing to all along.