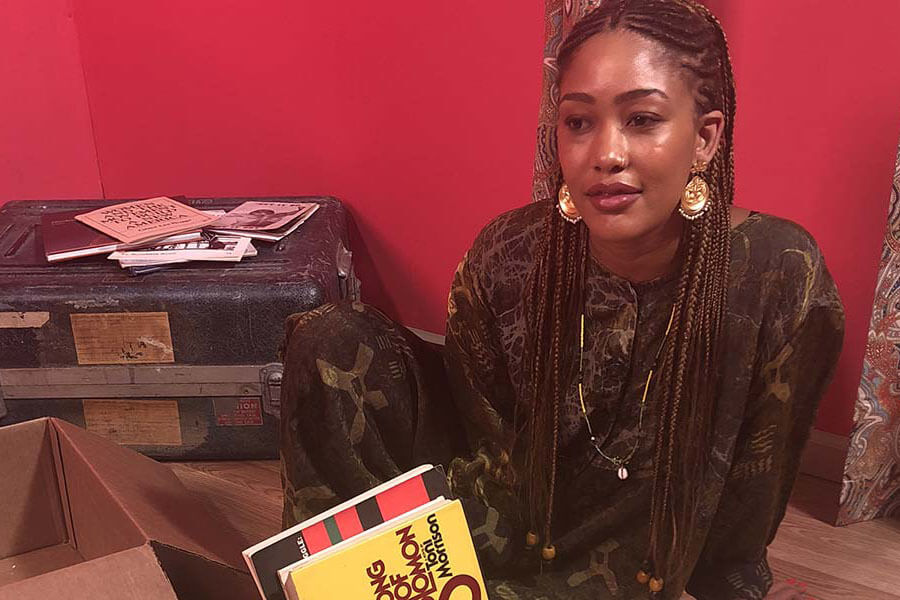 Ephraim Asili’s debut feature immerses viewers inside a radical collective of Black artists and activists to energetically explore the spaces between talk and action, idealism and materialism, and younger and older generations.

The Inheritance opens with Julian (Eric Lockley) sifting through a trunk full of records and books in the West Philadelphia home he has inherited from his grandmother. When he asks his girlfriend Gwen (Nozipho Mclean) to move in, she suggests they use the home to form a socialist collective.

The opening scenes lay the groundwork for the ideas underpinning their intergenerational group: the desire to subvert colonial notions of family structure and individual land ownership, and more deeply connect with African ideas. And the ways those ideas play out over the course of the film are both funny and affecting. Asili uses pops of colour and portrait-like framing – of people and objects – to convey the life-giving vitality of radical thinking while also adding critical dimensions.

There are wry and sharply written exchanges involving negronis, no-shoe policies and a spirulina mishap. These moments show how Julian and Gwen have to think outside the realm of books and academia and in the context of mundane, everyday situations.

In contrast, Asili also suggests a greater stakes by mixing in archival footage of Shirley Chisholm’s 1972 presidential bid and the 1985 Philadelphia police bombing of the Black liberation group MOVE that killed 11 people, including five children. (MOVE members, including Debbie Africa and Mike Africa Jr., also appear in the film to recount their experiences.) These historical events take us back to attempts to forge social change, from inside and outside the established power structures, while showing both the effort required and the state-backed violence can result.

Every frame of The Inheritance is as alive and vibrant as the ideas bouncing around in the heads of Julian, Gwen and their friends. Asili’s essayistic exploration of personal resistance bluntly riffs of Godard’s La Chinoise – he shot on 16 mm and the film’s poster features prominently. But the movie also feels urgently connected to current political conversations. Poets Sonia Sanchez and Ursula Rucker also drop in to put powerful voices to the intergenerational passing of wisdom.

A clip of Chisholm warning that “you can’t change the system by ego tripping” definitely hasn’t lost its bite, but equally affecting are the smaller, mundane moments that create tension between theory and action. The Inheritance is a totally refreshing burst of cinematic energy that inventively suggests the joys, dilemmas and stakes that come with a life that’s oppositional to deeply ingrained values all around us.