NOW MagazineMovies & TVReviewsTIFF review: The Way I See It lets Obama’s photographer remind us what decency looks like

TIFF review: The Way I See It lets Obama’s photographer remind us what decency looks like

Dawn Porter's documentary looks at Pete Souza's decades as a photographer, and his new mission to throw shade on Donald Trump 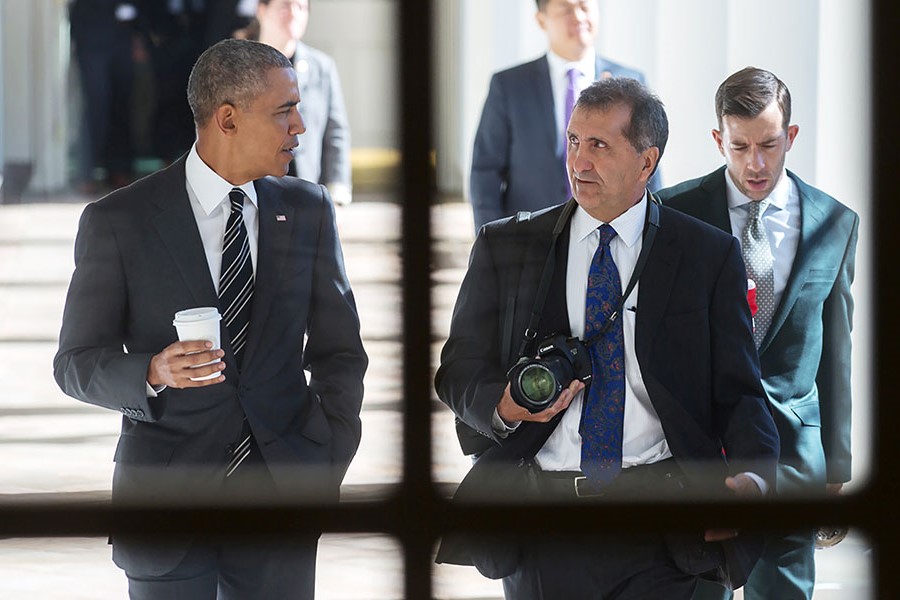 Barack Obama and Pete Souza share a moment in The Way I See It.

For four years now, journalist and former White House photographer Pete Souza has been taunting Donald Trump on Instagram. It’s an impressive second act, when you think about it.

Ever since Trump’s inauguration, Souza has been posting his photographs of Barack Obama – whom he shadowed for the entire eight years of Obama’s presidency – to draw a contrast between the 44th President and the current occupant of the White House. The images are polished; the captions are snarky as hell. And when one tweaks Trump on social media, which is the air Trump breathes, people notice. The intent is unmistakable.

The Way I See It uses a similar approach, examining Souza’s career and the people for whom he’s worked to illustrate the failings of Donald J. Trump. Using Souza’s book tour for Shade: A Tale Of Two Presidents as her film’s spine, director Dawn Porter (John Lewis: Good Trouble) reminds us what simple human decency looked like in the Oval Office. Souza captured the highs and lows of Obama’s terms in office – the raid on Osama Bin Laden’s compound, the passage of the Affordable Care Act, the massacre at Sandy Hook Elementary – but he also shot his subject as a husband, father and person.

And as Souza tells it, the more time the photographer spent with Obama, the more he realized that he needed to photograph the people his presidency inspired the most. Porter steers her film smoothly but deliberately to the subject of representation, to the Black children (and adults) who start to appear in Souza’s images and then dominate them. Obama’s election truly changed the perception of American in the rest of the world… even if it also paved the way for the rise of Trump, who was banging the birther drum years before he decided to run for office.

Porter and Souza don’t have much time for Trump; when he turns up in The Way I See It, it’s usually because he’s sharing the frame with Obama. Mostly he’s there to signify how delicate the concept of democracy really is, and how his presidency has been just as transformative, in its way, as Obama was. More’s the pity.