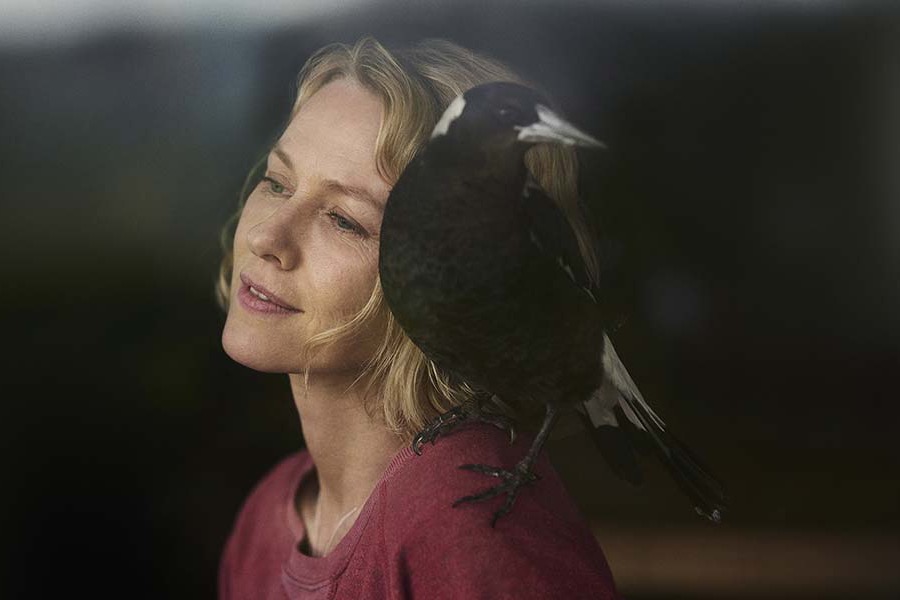 Inspirational biopic starring Naomi Watts is strictly for the birds.

After active Aussie Sam Bloom (Naomi Watts) falls from a faulty roof railing and breaks her back while vacationing with her family in Thailand, she sinks into a depression. The appearance of an injured magpie – whom the family calls Penguin because of its black and white colouring – helps her recovery.

Yes, Penguin Bloom – based on a real-life story – is every bit as maudlin as that premise sounds. It’s got all the complexity of a children’s fable – fitting, since it’s partly narrated by one of Sam’s three sons, who feels responsible for causing the accident.

That son never comes into focus, but then again, neither does anyone else except Sam. Her photographer husband Cameron (The Walking Dead’s Andrew Lincoln) is merely patient and loving; her mother Jan (Jacki Weaver), is overly protective and might have a drinking problem. That’s it, as far as character development. The kids are sad when their parents are fighting, happy when they’re jumping on a trampoline. Rachel House jolts the film to life as a no-nonsense kayak instructor.

It’s up to Watts to carry the picture, and she does with her usual intensity and intelligence. Still, at times she seems embarrassed to be speaking some of screenwriter Shaun Grant and Harry Cripps’s cringeworthy dialogue, especially as the life-affirming epiphanies pile up near the end.

There are many holes in the script. A lighthouse’s significance is never revealed; Sam’s athleticism isn’t fully developed before her accident. And while Penguin is awfully effective at squawking and ruffling its feathers, it’s obvious the creature is being played by more than one bird.

But at least director Glendyn Ivin spares us the physiotherapy scenes that are usually part of such pictures. And it’s refreshing to see Watts, Lincoln and Weaver speak in their own accents for once. So that’s something.