TIFF review: Summer Of 85 is filled with queer nostalgia 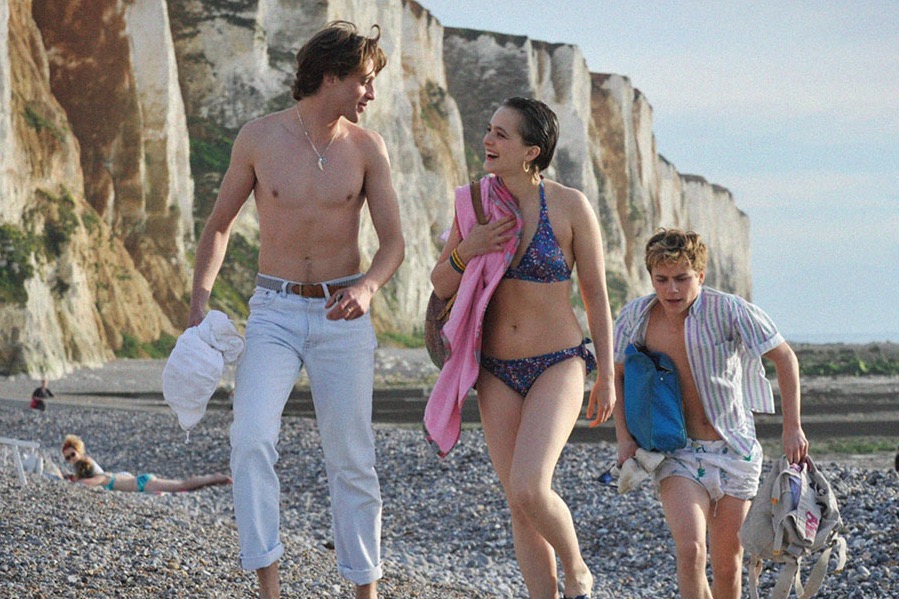 Boys, boats, beaches… and Bananarama songs. Prolific director François Ozon’s latest is a nostalgia-drenched coming-of-age pic about Alexis (Félix Lefebvre), a 16-year-old teen figuring out who he is during the summer of 85 on the Normandy coast.

Adapting British writer Aidan Chambers’s 1982 YA novel Dance On My Grave, Ozon has made a film that is equal parts queer romance, psychological thriller and meta mystery. It doesn’t quite come together, but the fresh performances, spot-on costumes and gorgeous cinematography – it’s shot in 16mm to evoke an earlier era – offer lots of pleasures.

After being rescued from a capsized boat by the capricious, charismatic David (Benjamin Voisin), Alexis – who now calls himself Alex – is taken under the slightly older boy’s wing. The two become inseparable, and Alex begins working at David’s mother’s (Valeria Bruni-Tedeschi) naval-themed shop. Soon, after a sensual scene in which they nurse each other’s wounds, the two teens become lovers.

Hovering over this relationship, however, is the fact – revealed in the film’s first minutes – that we know David dies, and Alex has had something to do with it. Ozon handles this narrative device less adroitly than he does the central romance. And several plot points – about David’s neurotic mother, for instance, or about a writing teacher shared by David and Alex – remain a little vague. Alex’s working-class background also doesn’t seem very convincing.

But the two actors have a great chemistry, whether they’re dancing in a club, motorcycling through the coastal town or reciting Verlaine to each other. The addition of a third character (Philippine Velge) ups the stakes and suggests a teen version of The Talented Mr. Ripley.

And just try not humming along to the 80s soundtrack.