Screening a queer film at TIFF can launch a movie into the stratosphere. Look what happened to Moonlight last year. Who knows what could happen to these LGBTQ-themed pics in 2017-18? 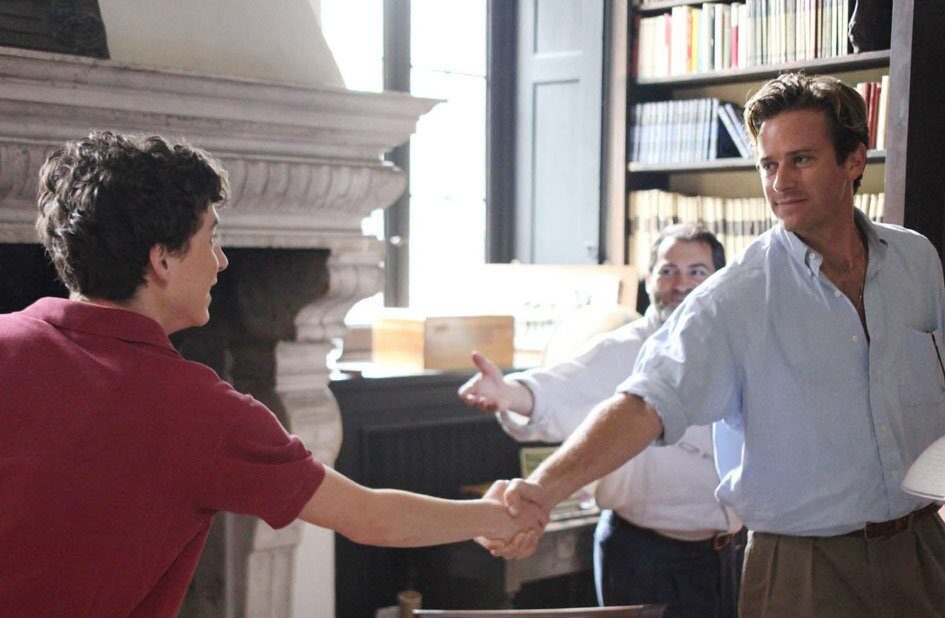 An Italian-American teenager (Timothée Chalamet) falls in with a 20-something grad student (Arnie Hammer) in this adaptation of André Aciman’s novel. The pre-screening hype touts the gorgeous landscapes and fabulous food of northern Italy, but the focus instead should be on the potential of a pic adapted by legendary screenwriter James Ivory and directed by Luca Guadagnino. This is the third in Guadagnino’s trilogy, which includes I Am Love and A Bigger Splash. Splash was one of the best films of 2016, and both are very smart movies made for grown-ups. Can’t wait. 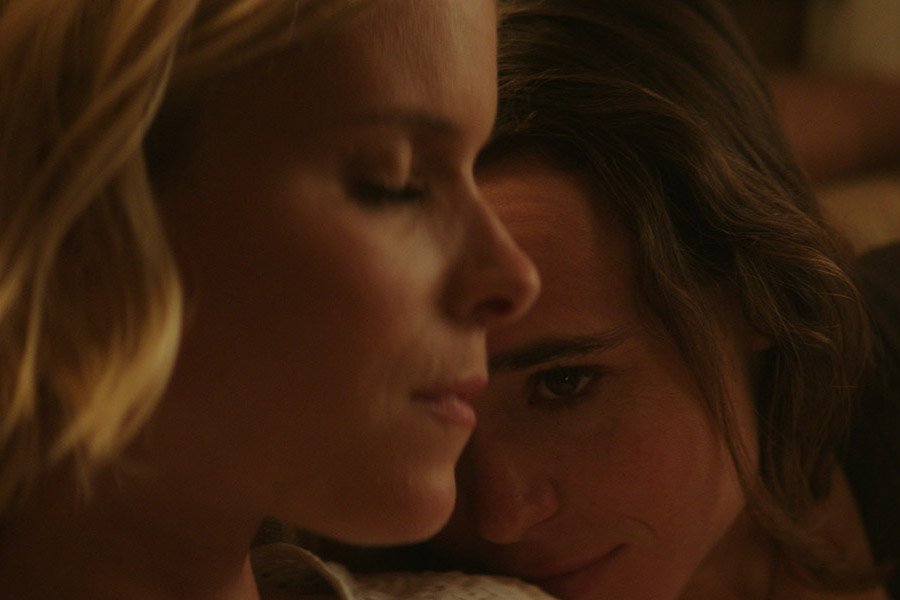 All hail Ellen Page. One of the few out and proud actors in Hollywood, she’ll make a comic book blockbuster when she feels like it (X-Men: Days Of Future Past) but doesn’t shy away from queer-themed works. Freeheld, at TIFF in 2015, was criminally underappreciated. Here she plays the daughter of a man on death row who falls in love with a woman (Kate Mara) on the other side of her family’s campaign to save him. 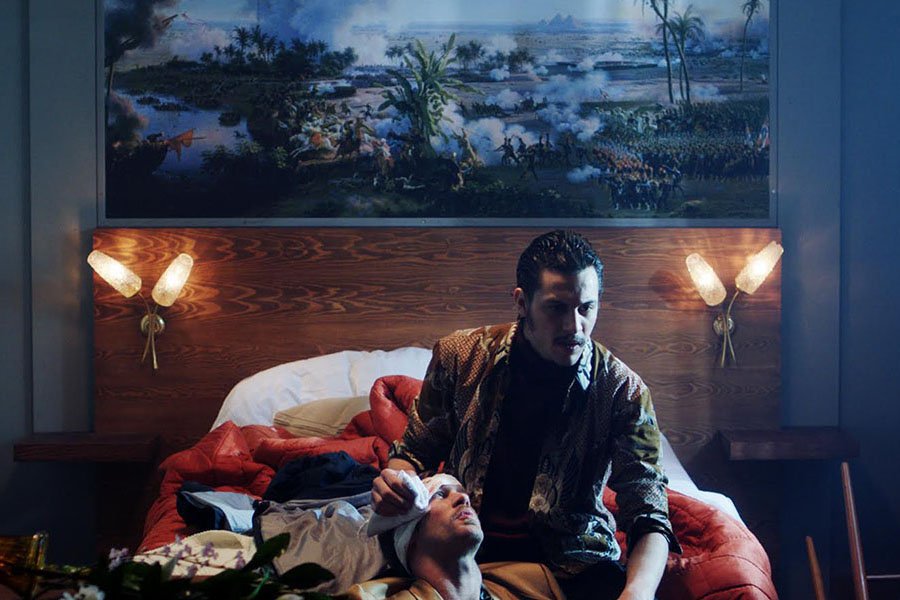 Visual-artist-turned-filmmaker Neil Beloufa’s batshit combo of farce, drama and thriller zeroes in on what happens when a gay couple checks into a Parisian hotel. The stylish piece aims consistently to keep audiences off-balance – the technology is contemporary, the costumes retro 70s – while messing with narrative expectations. Ultimately it’s a meditation on homophobia, xenophobia and paranoia. This is in the Wavelengths program, so don’t look for a mainstream sensibility. 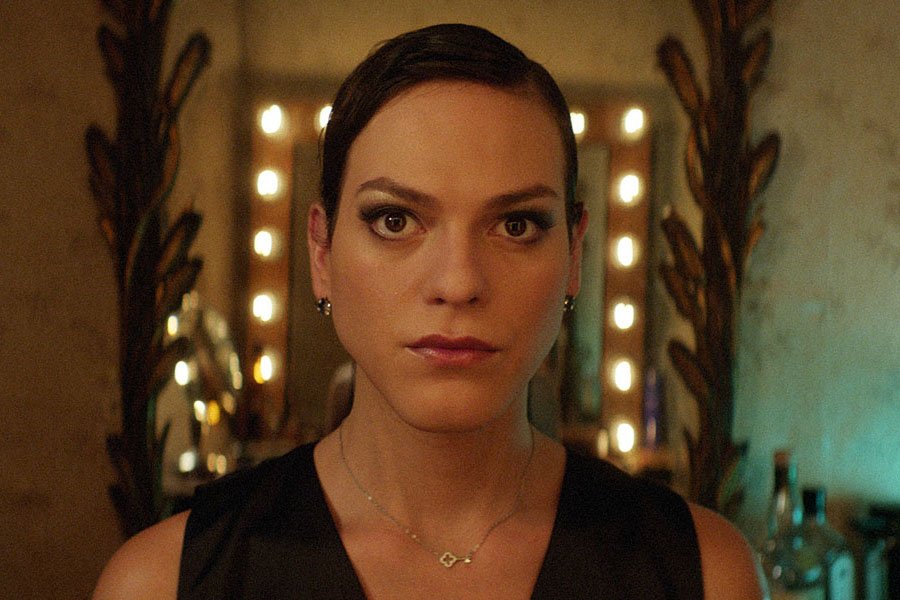 When her boyfriend dies, Vega, a trans bar singer (Daniela Vega, herself trans, who sings here) faces infuriating discrimination from doctors and police and contempt from her lover’s ex-wife. Sebastián Lelio and his co-writer, Gonzalo Maza, have a gift for creating  strong, believable female characters, willing to step outside convention. Their 2013 pic Gloria, about a middle-aged woman looking for love, also set in Chile, was a revelation. This one has already picked up three awards at the Berlin festival. 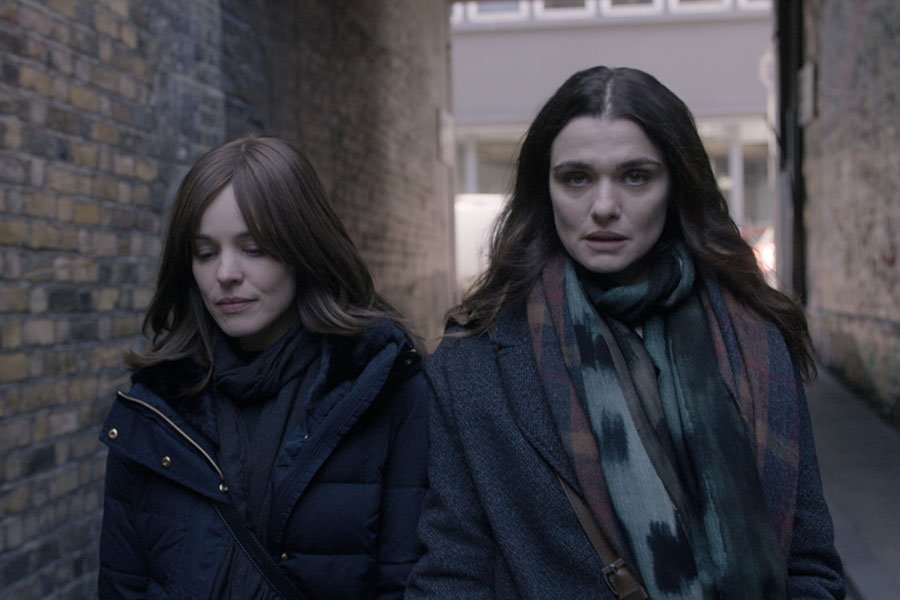 Sebastián Lelio’s second queer-themed film at TIFF this year, alongside A Fantastic Woman, is an adaptation of a novel by Naomi Alderman. Rachel Weisz plays the daughter of a rabbi who returns to her Orthodox community in London, UK, where she falls in love with her cousin’s wife (Rachel McAdams). Weisz is always intense, and I’m impressed with the ways Mean Girl’s McAdams continues to widen her palette. 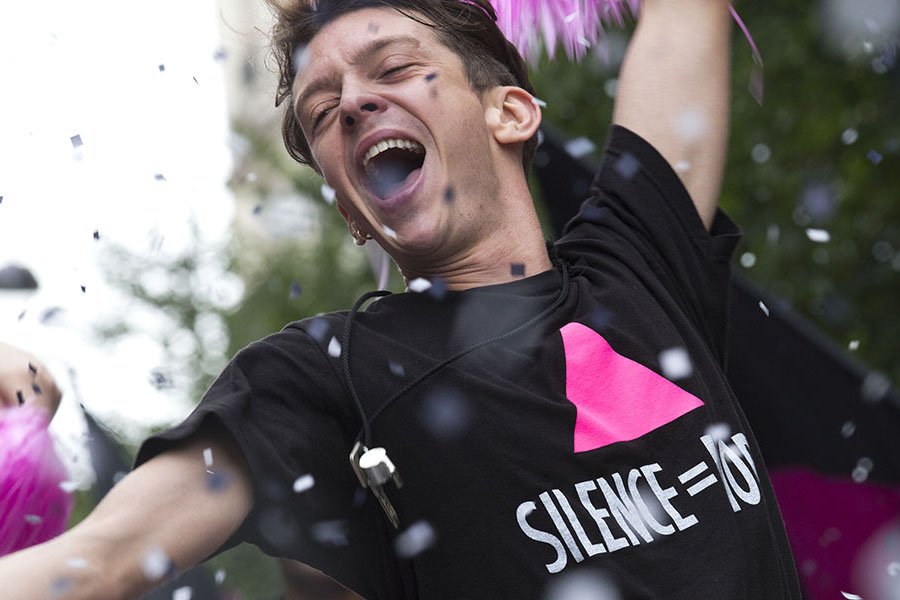 Robin Campillo looks back at AIDS activism in early 90s Paris, particularly the radical group ACT UP. The pic, following four activists – including two who fall in love – takes aim at Big Pharma and the other institutions that shrugged off the medical crisis, and offers a clear-eyed analysis of where the passionate activists got it wrong and right. Campillo has a great track record: he scripted the 2008 Palme d’Or winner The Class, and BPM took the FIPRESCI Prize and three other awards at Cannes this year. And consider his impeccable credentials: he has personal experience with ACT UP, so he knows what he’s talking about. 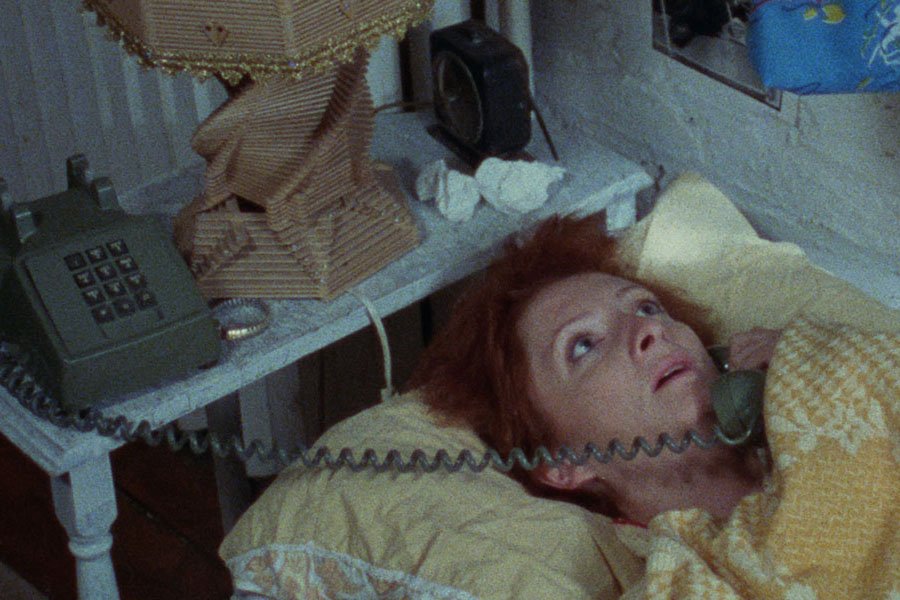 Don’t miss the chance to see Patricia Rozema’s debut, winner of Cannes’ best first feature prize in 1987, on the big screen. Sheila McCarthy plays prone-to-fantasy Polly, who becomes enmeshed in the lives of the gallery owner she works for and her lover. This was a bold first film at a time when lesbians were almost completely invisible onscreen – when I wrote about it for a now defunct publication, an incredulous editor changed the pronouns because he couldn’t trust there was a dyke narrative. Watch out for the spectacular shot of Polly flying through the air past the Toronto Dominion Centre. Rozema broke some rules to shoot from the top of City Hall.

In 1973, in what was one of the great all-time publicity stunts, Bobby Riggs challenged Billy Jean King, the world’s number-one female tennis player, to a televised match. King was then lobbying intensely for more lucrative winnings for women, and Riggs was arguing that women weren’t worth it. Technically, this isn’t a queer movie, but King was a closeted lesbian at the time – trust me, those of us watching knew a dyke when we saw one, and the lesbian subtext was very meaningful. Watch it because the casting is irresistible: Emma Stone plays King, and Steve Carell is Riggs. 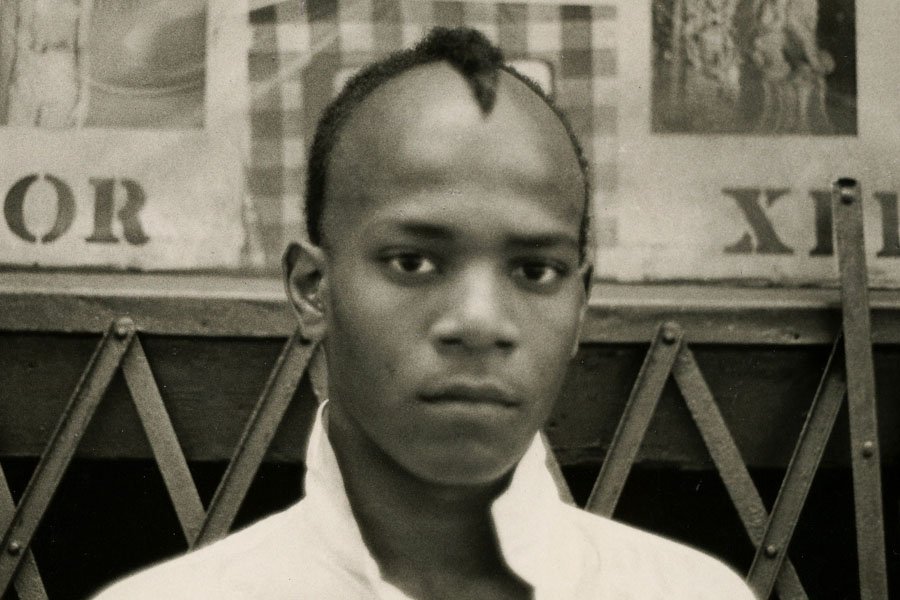 BOOM FOR REAL The Late Teenaged Years Of Jean-Michel Basquiat

BOOM FOR REAL The Late Teenaged Years Of Jean-Michel Basquiat

Sarah Driver’s documentary looks at the early development of famed artist Basquiat and especially the influence of New York City, its people and its art scene. The focus doubtless is on Basquiat’s work, but it can’t ignore the impact of his family and its negative response to his possible queerness. 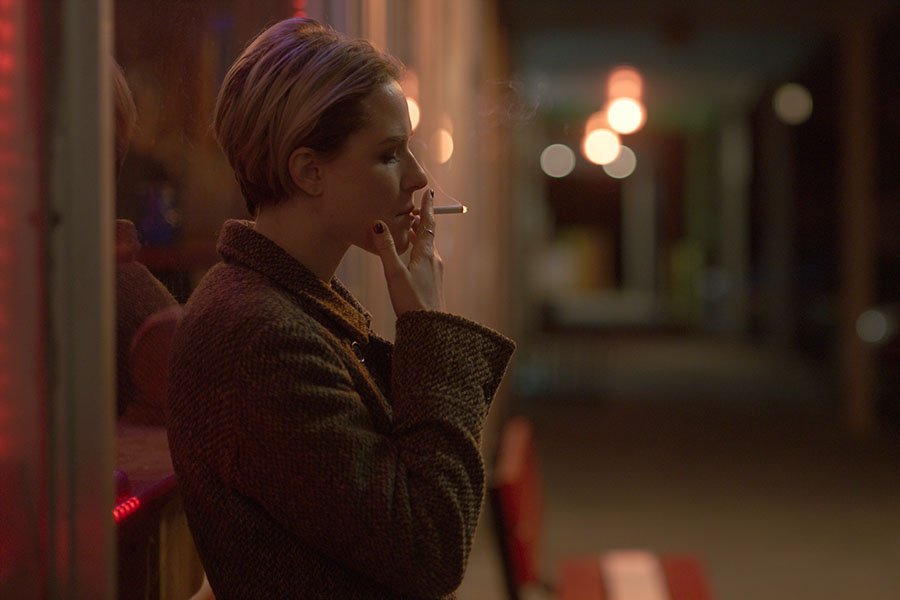 Troubled Laura (Evan Rachel Woods, who’s always great to watch) gets involved with 16-year-old Eva (Julia Sarah Stone) in what promises to be an intense tale of trauma and obsession. This is the first feature written and directed by Montrealers Carlos and Jason Sanchez. The film might wind up pushing that dreary stereotype about lesbians being messed up, but the directors are both photographers, so it’s sure to be visually arresting.