All You Can Eat Buddha

ALL YOU CAN EAT BUDDHA DISC D: Ian. 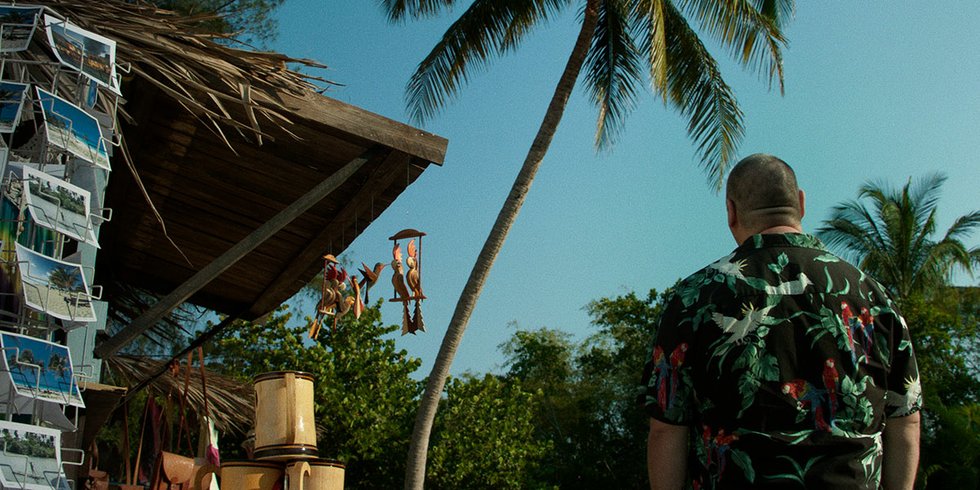 The first feature from Quebec director and cinematographer Lagarde is a deadpan religious allegory set at a resort in an unspecified Latin American nation, where a beefy man named Mike (Ludovic Berthillot) spends his days gorging at the buffet, floating in the pool, gazing into the ocean, communing with an octopus goddess and occasionally raising the dead.

I think it’s an allegory, anyway. Whatever it is, All You Can Eat Buddha is a properly strange cinematic experience, and one that fits comfortably in the new Quebec cinema alongside Denis Villeneuve’s Maelström, Jean-Marc Vallée’s Café De Flore and maybe Stéphane Lafleur’s Tu Dors Nicole.

Lagarde spins out his absurd story with a seductive confidence, surrounding Berthillot’s taciturn Mike with supportive acolytes and hesitant disciples and letting us slowly figure out who’s who. (Silvio Arriola really pops as a concierge who makes sure Mike’s plate is always full.) And slowly, as the arc of Mike’s purpose becomes clear, the film slides further and further into surreality.

It’s not for everyone my screening had the most walkouts of any film I’ve seen at the festival this year. But I was into it. Maybe you will be, too. Only one way to find out, right?