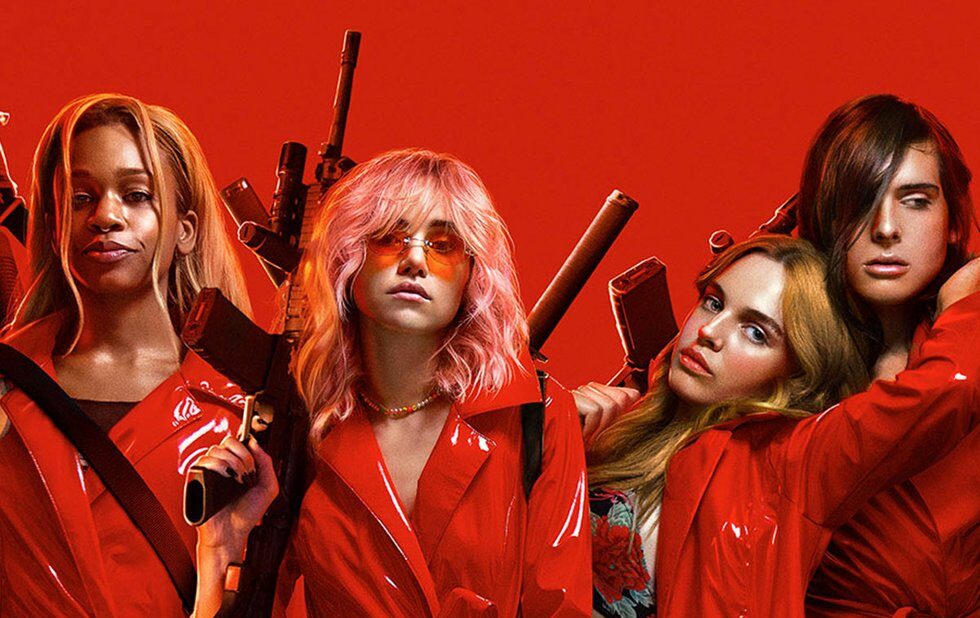 The trigger warning in the opening announces words like toxic masculinity and transphobia, attitudes we’re going to inevitably encounter in a story about high school kids whose private online lives explode out into the open and wreaks havoc on their small town.

The astonishing Odessa Young plays Lily, a Lolita-like teen who, along with her entourage, straddles the fine line between exploitation and empowerment. They become prey when online hacks exposing people’s dirty laundry turns the town into a violent mob looking for someone to physically hack.

Pulsating with style and tension while tying in all the talking points that incite woke Twitter’s outrage, the film eventually gets backed into a corner and gives way to girl power retribution that’s bloody but also basic.