When 82 per cent of film critics are white and 78 per cent are male, no wonder people are complaining about who's reviewing their films 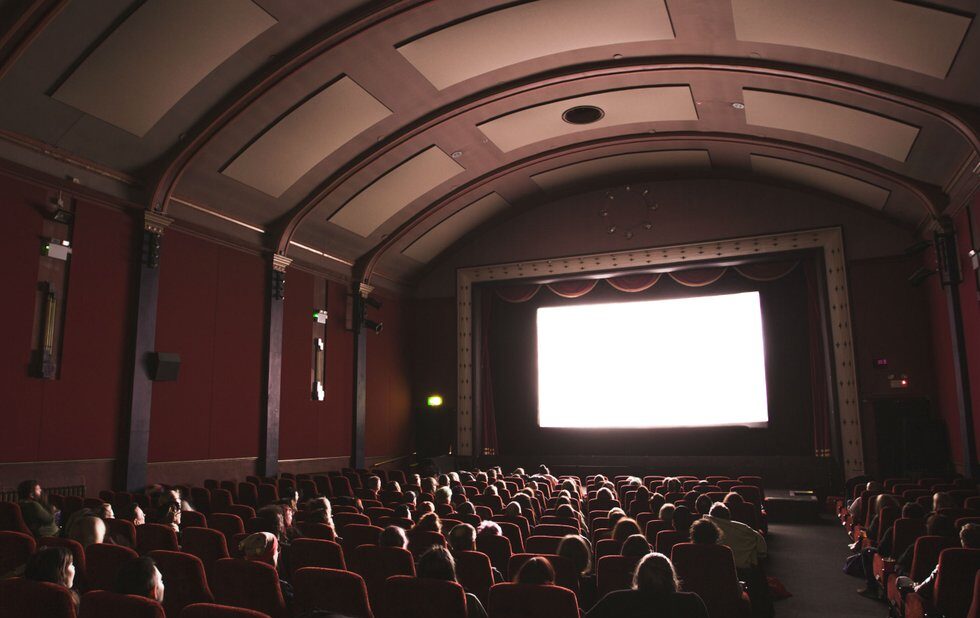 In an interview with Variety at last year’s Toronto International Film Festival, Jessica Chastain, who is always on point when it comes to talking representation, shifted the conversion from diversity in film to diversity in film criticism.

“The industry is making great strides to be more inclusive,” said Chastain, in reference to post-#OscarSoWhite initiatives and onscreen efforts to tell diverse stories, including the film she was promoting, Woman Walks Ahead.

“However, there is a group that still remains quite from one perspective. I am hoping that we’ll have diversity in the critics who see our film,” Chastain continued, speaking to an industry that a USC Annenberg study pegged at 82 per cent white and 78 per cent male in June.

“When you only have one demographic judging all the films and telling a society what is valuable, then that’s where you’re also going to get into big problems.”

The irony here is that Chastain was saying this to Variety, where not only the critics but pretty much the entire editorial staff are white. She was making valid points but also giving more clicks to an outlet that exemplifies the lack of inclusion she was speaking to.

Full whiny disclosure: I was especially bitter about her comments… for personal reasons. Chastain was the one actor I pursued hard at last year’s festival, putting in passionate interview requests with her publicity teams on behalf of NOW.

These requests came after my conversations about sexual abuse in the film industry with Sarah Polley (last year’s TIFF cover story) and a month before Jodi Kantor and Megan Twohey dropped their bombshell New York Times story on Harvey Weinstein. I had no clue what was coming down the pike, but wanted to follow up with Chastain based on what I knew from Polley. Chastain is generally outspoken about such matters and was at TIFF with Molly’s Game, in which she plays a real-life woman who’s had her own brushes with Hollywood’s sleazy side.

All my requests were brushed off, which I’m pretty used to. Meanwhile I was reading all the interviews she gave my white colleagues at the major papers. This I’m also used to. But then she made her comments about diversity in film criticism, and I couldn’t help but get annoyed.

This is not Chastain’s doing, of course. It’s the publicity machine that sorts out her schedule, looking to use limited time to maximum effect by granting interviews only to the TV shows, newspapers and magazines that reach the most audiences – outlets where the staff, to quote Chastain, “remains quite from one perspective.”

But perhaps her comments at last year’s TIFF inspired some action. We’re now approaching TIFF 2018, where 200 film critics from underrepresented backgrounds will have access for the first time to films on display thanks to an accreditation initiative between TIFF, Sundance and USC Annenberg. Brie Larson announced the initiative in June. And it’s no coincidence that both Larson and Chastain are affiliated with Time’s Up, where a lot of this began.

“The critics study came out of early conversations within Time’s Up,” says Nithya Raman, executive director at Time’s Up Entertainment.

She’s referring to research by Dr. Stacy Smith at USC Annenberg, pulling up stats regarding who gets to review movies to back up what Time’s Up was thinking. “She was able to do the study drawing from Rotten Tomatoes data.”

Ever since the Golden Globes moment, where female actors teamed up with Time’s Up to protest sexual harassment on the red carpet, the organization has spread its conversations and initiatives around safety and equality in the workplace to include a variety of sectors. Raman oversees the entertainment sector (the biggest, because that’s where Time’s Up started). Early on, they started paying attention to critics.

“Critics and Rotten Tomatoes scores are still powerful voices in entertainment,” says Raman, mapping out why Time’s Up would even bother with a segment of the entertainment industry that’s altogether disappearing.

“[Critics] can shape audience response to particular movies. They can shape what gets seen. They help make decisions around how marketing dollars are allocated and ultimately how films are green-lit.”

Time’s Up has been actively involved in the conversations that led to the accreditation outreach at TIFF and RottenTomatoes, adding 200 new critics to their holy-fucking-grail Tomatometer. What this all adds up to is a slightly more representative response to films at this year’s festival. That might prevent what happened last year, when critics (myself included) praised the shit out of Three Billboards Outside Ebbing, Missouri only for Black voices to find out months later that the movie is rather offensive.

“The critical conversation around movies wasn’t necessarily reflective of the voices of creators who were actually putting that stuff out there, and also increasingly of audiences who were coming out to see movies,” says Raman, reiterating a point that TIFF programmer Kiva Reardon made in her article 2016’s Need For Female Film Critics.

Reardon also addressed this point (long before writing that article) by launching cléo Journal in 2013, where the film criticism comes from intersectional feminist perspectives and the authors of those underrepresented perspectives get paid for their work.

That’s not really something that these newly accredited, Tomato-meter approved critics can secure. I’ve noticed a lot of big outlets with white male bylines grabbing clicks by reporting on how great these initiatives are, but I haven’t noticed any new hires as a result.

Among those newly accredited is Jaleesa Lashay, a freelancer who announced her trip to TIFF as well as her hire-ability on Twitter: “Please contact me if your outlet is interested in having representation onsite.”

Lashay also happens to be the reporter who gave voice to the frustrations I mentioned earlier a frustration felt on a much deeper level by underrepresented entertainment reporters who aren’t as privileged as I am. (For real, I actually have it pretty good.) POC and especially WOC entertainment journalists who don’t find room at the biggest outlets find themselves left out of interviews or relegated to the ghettoized spots on red carpets so that publicists can whisk talent past them.

Lashay addressed that in a pointed question to actor Sterling K. Brown after he won his SAG award.

“Are you aware of the disparities between the opportunities given a Black journalist in comparison to our white counterparts?” Lashay asked a stunned Brown, as he scanned the media room while she continued. “Do you think there’s any plan in Hollywood to make sure that the media room starts to reflect the diversity that we’re beginning to see in the industry?”

Brown responded: “Just taking a look around the room, like, you got a point. It’s a lot of white people. I never paid attention, and shame on me for not having done so, but maybe this conversation is the beginning of something taking place.”

I have no doubt that the conversation Lashay started helped shape Time’s Up Entertainment’s other initiative: CRITICAL. The organization created a database where underrepresented critics and entertainment reporters can submit their information, which Time’s Up plans to share with studios and publicists to help them reach target inclusion goals.

I get excited about this initiative, because I figure the press community can pursue an inclusion rider of its own.

You might remember that moment on the Oscar stage, when Frances McDormand dropped those two mysterious words on us.

The inclusion rider is a stipulation that stars with negotiating power can put into their contracts, ensuring that a film production will hire inclusively, from cast on down to crew. Brie Larson, Matt Damon, Ben Affleck and Michael B. Jordan are among those who announced they’ll be demanding inclusion riders.

USC Annenberg’s Dr. Stacy Smith developed the inclusion rider. She’s the same woman who did the research on representation in Hollywood and film criticism. She’ll be delivering a keynote address at this year’s TIFF.

So I figure you got the inventor of the inclusion rider delivering a keynote at the same festival where diverse critics are shipped in and given Tomato-meter status while a CRITICAL database is being prepped for studios and publicists. You got to be announcing an inclusion rider for press, right? This is how Jessica Chastain and Sterling K. Brown can actually make sure that when they give promotional interviews, they don’t just see the same demographic, right?

Raman explains that CRITICAL is in its beta-testing phase, being sent to the industry so that they can assess its user interface and give feedback.

“We’re moving somewhat deliberately slowly,” says Raman, who hopes to launch a wider version in a couple of months, “because we want it to be a process that’s iterative and has a lot of feedback in it.”

My feedback goes back to the inclusion rider. It’s a way for stars who talk about diversity to stand by it. It’s a way to get studios and publicists to actually commit to inclusion. And it’s a motivation for all those big media outlets to not just report on celebrities talking about diversity but actually hire inclusively.

“The exciting thing is that people are having conversations about something they weren’t talking about before,” says Raman. “I think this critical database is the next step, a tool that enables you to match your ideals to action. And then the third step is to think about how do you hold people accountable for this.”

Oh, and by the way, reps for Chastain said she wasn’t available for this story.