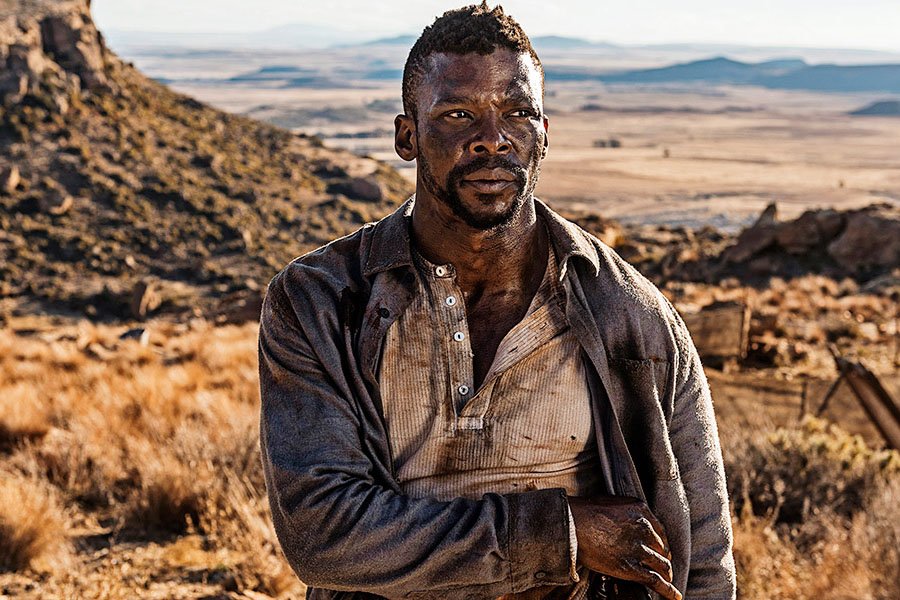 “A South African spaghetti Western” sounds like a weird pitch, but within the first few minutes of Matthews’s first feature it all snaps into place. Five Fingers For Marseilles is the story of a handful of gunslingers trying to liberate a small town under the thumb of a ruthless criminal.

The town is called Railway, a one-horse nothing above the Eastern Cape city of Marseilles. And the twist is that the story takes place in the present day, and our heroes are dealing with the legacy of colonization and apartheid as well as their own interpersonal issues.

All the requirements of the genre are fulfilled: there’s a sneering villain (Hamilton Dhlamini) and a conflicted hero (Vuyo Dabula), a dusty visual aesthetic captured in glorious, sprawling widescreen, and tense standoffs between childhood friends who’ve found themselves on opposite ends of the moral calculus.

Screenwriter Sean Drummond takes his time setting everything up – seriously, that opening prologue could have been half as long – but once all the pieces are in place, the film goes hard and doesn’t let up. Nicely done.