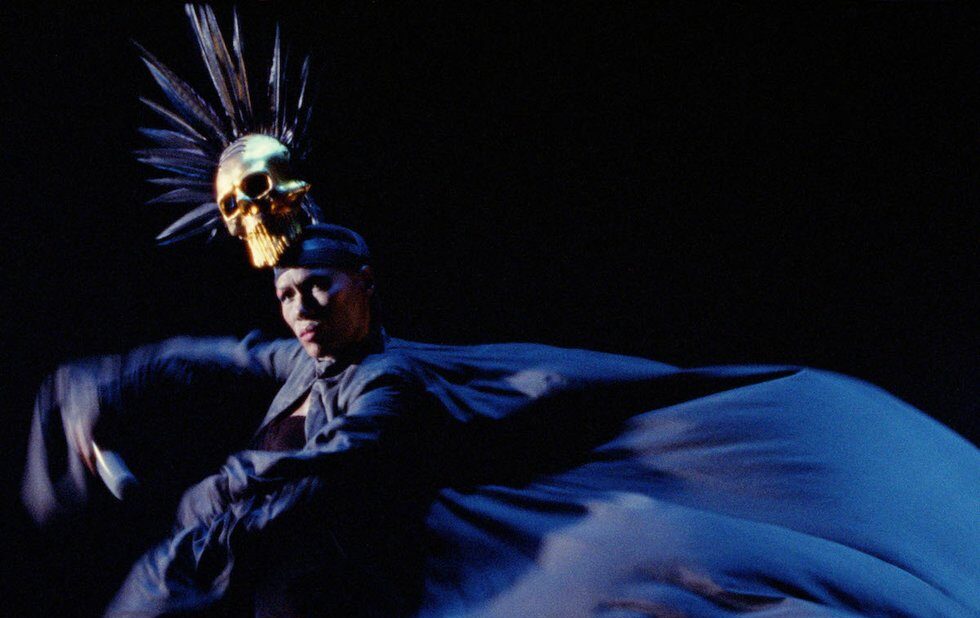 Music docs about artists who’ve been around for decades tend to look backwards more than forwards. Talking head reminisces are spliced together with old music and footage, and familiar anecdotes are recounted with an air of finality.

Grace Jones: Bloodlight And Bami manages to cover the past, but without ever leaving the present. Director Sophie Fiennes spent 11 years filming with the Jamaican musician and model throughout the recording and touring of her 2008 album, Hurricane. Jones has had a long and prodigious career, first as a model in Paris and Studio 54-era disco fixture in the 70s, then as a movie star and musician who rebuffed pop cliche.

Rather than explain all that, Fiennes creates a compelling and often raucous late-career portrait of an artist who is looking back in order to move forward.

Concert scenes showcase Jones’s signature ferocity and artful staging – a performance of Love Is The Drug with a laser beam projected onto a mirrorball hat is particularly enthralling – but also serve to illustrate and flush out dynamics happening offstage. We see Jones arriving at her mother’s home in Jamaica and Fiennes cuts to a performance of the autobiographical Hurricane song Williams’ Blood.

Fiennes and DP Remko Schorr have an affinity for using reflections, surfaces and lights to sometimes dream-like effect. The film is almost non-linear, with the recording of Hurricane as a loose narrative device. We see many sides of Jones in many memorable sequences, and whether glammed up or dressed down she is endlessly watchable, hilarious and extremely quotable.

When arriving at a French TV channel to rehearse her disco hit La Vie En Rose, producers ask her to remove her costume mask and have a ridiculously rote pop-performance setup waiting. An image Fiennes captures in the audience of two unimpressed young Black girls reflects back on Jones’s fight to be herself, and the way she handles the idiocy afterwards – with a mix of professionalism, biting humour and clear-eyed resolve – demonstrates the authority and savvy she has gained in fighting that fight. It’s also laugh-out-loud funny.

Other moments are more expressly personal. In one of several scenes of Jones and her family in Jamaica, we learn that her intimidating stage presence is a kind of interpolation of her domineering step-grandfather, Mas P. It’s her way of taking ownership of the physical abuse she and her siblings experienced as kids.

Again, the past comes to bear in the present and while many music docs attempt to be the ‘definitive’ account, this film captures an artist constantly in motion. And anyway, who needs archival footage when your subject is this good at storytelling? Bloodlight And Bami has the stuff to be an instant cult classic.

Read our interview with Grace Jones about the doc here.