Why TIFF’s 25th anniversary screening felt as relevant as ever, especially after a summer when Asian-Americans broke through big time in Hollywood 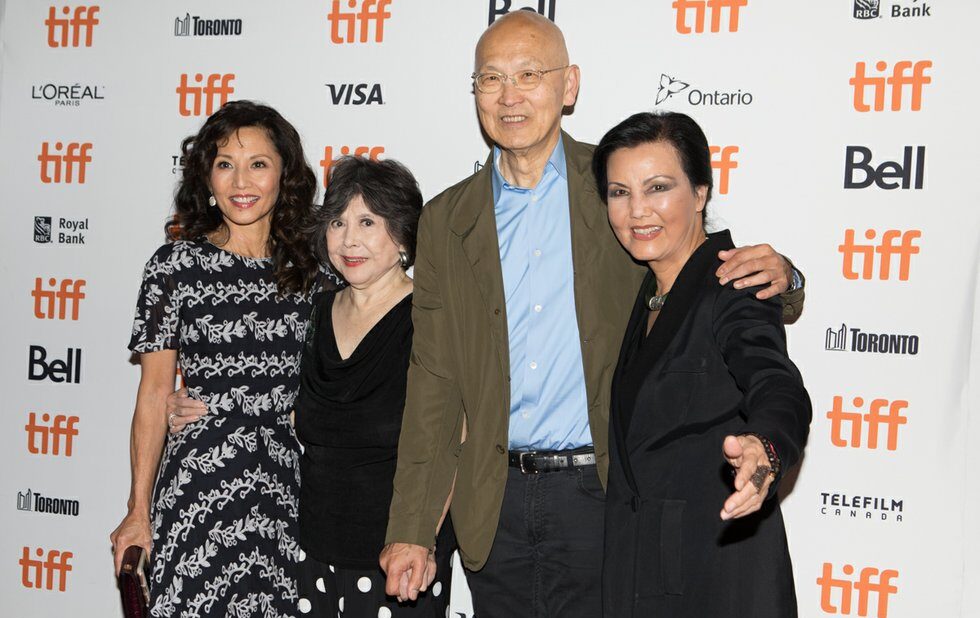 I was nine years old when The Joy Luck Club hit movie theatres. I didn’t see it then because I didn’t watch many movies as a kid. Like The Joy Luck Club’s June (played by Melanie Chang and then Ming-Na Wen in the 1993 film), I spent all my free time practicing to become an elite concert pianist. I was trying to please my mom, learning to become myself and admittedly failing at both.

It would be years later before I watched Wayne Wang’s adaptation of Amy Tan’s beloved novel. Still confused about my relationship with my mother – perhaps even moreso because I was a teenager – I watched June, Waverly, Lena and Rose, seemingly rebellious Asian-American daughters coming to understand their traditional, immigrant Chinese mothers onscreen.

I couldn’t understand it at the time, but the lump that formed in my throat then and the tears that rolled down my cheeks weren’t just because of the emotional storyline. They represented pangs of recognition, of belonging and feeling understood that I hadn’t really experienced before.

I can recall the handful of times I would experience this in theatres again: watching Disney’s animated Mulan a few years later, witnessing the smart and complex Dr. Cristina Yang on Grey’s Anatomy in my 20s and then obsessively revisiting actor Sandra Oh’s earlier work to discover Double Happiness, coincidentally filmed in my hometown of Vancouver.

Of course there were the crouching tigers and kung-fu films I’d sometimes watch late at night with my mom, never really understanding the language being spoken onscreen and scrambling to read tiny subtitles.

I read and then saw Memoirs Of A Geisha, and like many film lovers, I have a deep-rooted appreciation for Wong Kar-Wai. But while the actors in these movies looked like me with their shiny black hair and almond eyes, they didn’t sound like me and certainly didn’t think like me – a westernized gui mui, or white girl, as my aunties and uncles called me.

Then the summer of 2018 came like a monsoon: powerful, inescapable and exhilarating. Crazy Rich Asians made a big splash on the big screen, and so many of us flocked to cinemas to celebrate what still feels like a momentous event. As I watched the smart and beautiful Rachel Chu (Constance Wu) fall for Nick Young (Henry Golding) on screen, I couldn’t help but wonder if Hollywood was finally changing and that soon we’d be served these stories and images every season.

Watching Asian-American actors star in a Hollywood movie felt so novel and strange, yet there were scenes in Crazy Rich Asians that directly paid homage to the film that broke the mold 25 years earlier.

One connection is actor Lisa Lu, who portrays An-Mei, a mother desperate for her daughter to realize her worth, in The Joy Luck Club. In Crazy Rich Asians, Lu plays the ultimate mother: Ah-Ma, the revered matriarch of the Young family. But there are deeper bonds between these two films.

In Crazy Rich Asians, when Rachel attends a lavish party to meet Nick’s family for the first time, Ye Lai Xiang, a song so important to the Chinese that its melody creates a longing for an ancestral homeland many of us have barely stepped foot in, plays wistfully in the background.

In essence, the song is about the Chinese violet, a delicate yellow flower that blooms only at night, emitting a fragrance so unique and intoxicating it requires no further speculation as to what it might be.

I had forgotten about the song’s use in The Joy Luck Club until I watched the film again last night at its 25th anniversary screening during the Toronto International Film Festival. Ye Lai Xiang is played during another party scene, one where Ying-Ying meets her cruel and narcissistic husband.

While the outcome of both party scenes could not be more different, the song represents a golden thread binding the two films. In turn, it connects the films’ audiences to their ancestral culture, like a rare but familiar perfume that’s immediately known and comforting.

Waiting outside the Elgin Theatre for The Joy Luck Club to start, I felt this excitement and sense of belonging I hadn’t experienced at other TIFF screenings. There were so many Asian-Canadians of all generations, proud that we had shown up for our film. I heard chatter about who had read the book and when the last time someone had seen the movie.

Actors Tamlyn Tomita, Tsai Chin and Kieu Chin Nguyen, along with director Wayne Wang, had also come to the special screening. It was one of those occasions you’d want to share – laugh, cry and remember – with those who understood why The Joy Luck Club meant so much. The film’s importance was not lost on TIFF’s artistic director Cameron Bailey, who told us in his opening remarks, The Joy Luck Club was for those of us with the “best quality heart.”

As the movie started, its mahjong scene and frequent use of “la” punctuating the end of Chinglish sentences was a reminder of how unapologetic and normalized these elements also seemed in Crazy Rich Asians.

For so many of us who are Asian-Canadian and Asian-American daughters of immigrant mothers, the relationships depicted in both movies require no explanation. A daughter’s sense of guilt that she is perhaps not perfect enough, a mother’s discomfort that she has raised too spirited of a gui mui – these are our experiences, too.

A lot of words have been written this summer about whether Crazy Rich Asians represents true Asian-North American experiences and whether it went far enough. I can imagine a similar sentiment was expressed a quarter century ago about The Joy Luck Club.

The reality is that when so few Hollywood movies depict Asian stories, they can’t possibly embody the realities of all. But for some of us, they do help make sense of the complex relationships we have with our mothers, and they show our struggles with our ancestral cultures. They help us understand this experience of straddling two worlds, yet never truly feeling like we belong in either one at all.

I hope it doesn’t take another 25 years for another Asian-North American story to be told by Hollywood. I hope that, at some point, our stories are shared so frequently, they become cliché and seemingly unoriginal.

As the Q&A with the cast and crew got started after the film, Wang expressed the emotions he felt watching the film for possibly the hundredth time.

“I cried in this room 25 year ago,” the director told the crowd. “Tonight, I cried again.”

That was true for many of us. The Joy Luck Club helped me understand parts of my identity – and my mom’s as well. Even 25 years later, it’s as important and relevant as ever.