The Little Girl Who Was Too Fond Of Matches

THE LITTLE GIRL WHO WAS TOO FOND OF. 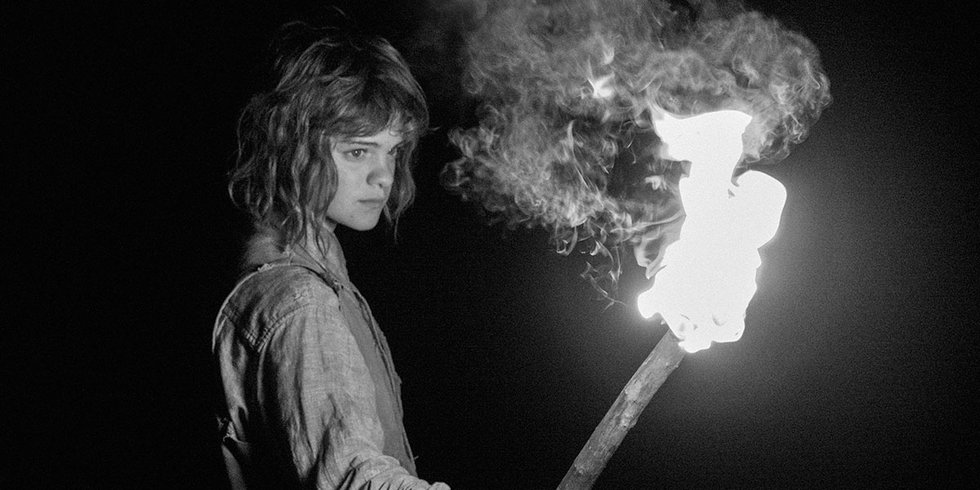 Writer/director Lavoie, whose last feature Those Who Make Revolution Halfway Only Dig Their Own Graves (co-directed with Mathieu Denis) was named best Canadian feature at last year’s festival, tackles Gaétan Soucy’s dense novel about two siblings (Marine Johnson, Antoine L’Ecuyer) raised by a deranged father on a remote Quebec farm in the 1930s.

Before the film even begins, a title informs us that it’s been “freely adapted” by Soucy’s novel, which is the only way that book could be brought to the screen: a key element of the story is that its narrator isn’t who she thinks she is, or at least what she thinks she is, and that’s something that a visual medium reveals right away.

So rather than try to hide it, Lavoie puts it right out there, and his movie follows the plot of the book from a different angle – one that plays fewer games, and also traps us with these unfortunate teens as years of psychic damage immediately turn them against one another, and with the third inhabitant of the farm.

It’s a gripping story, and Johnson – in her first leading role – is riveting as the maladjusted hero. At times animalistic, at times tender and ethereal, she’s whatever the role requires – a character trying to understand herself and the world around her with severely limited knowledge and resources.

I just wish Lavoie had trusted her enough to dial down the visual pyrotechnics. Those Who Make Revolution was unnecessarily stylized and busy, but it seemed to do so in tribute to Jean-Luc Godard’s radical cinema of the 60s and 70s The Little Girl Who Was Too Fond Of Matches is similarly cluttered with visual flourishes, Nicolas Canniccioni’s handheld black-and-white camerawork deployed in increasingly baroque close-ups and spinning tracking shots straight out of Alejandro González Iñárritu’s The Revenant.

Here’s a truly radical idea: sometimes the way to illuminate a performance is to back off a little and let the actor do the work herself.