TIFF 2018 was all about lying and fake news

From literary fraudsters to Donald Trump, several movies at this year's fest engaged with the idea that objective reality is subject to negotiation 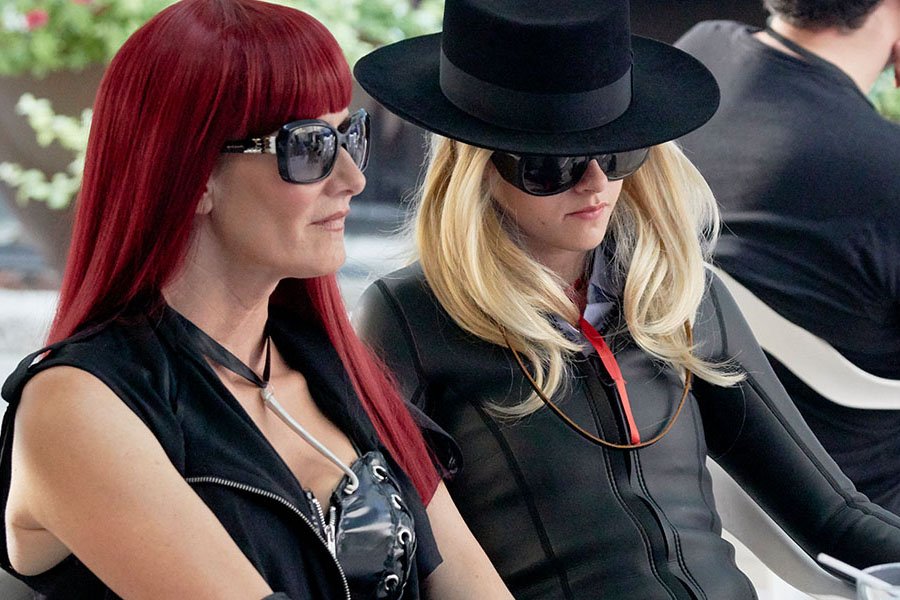 So here we are, a week into the 43rd Toronto International Film Festival, and I’m trying to figure out a theme.

Not just a prevalent subject, mind you: every year offers us a few films about addiction, and a few about despair, and a few about dignity. Those are essential dramatic ideas. (I remember a few years back when a director proudly declared that his film was about conflict. Dude, they all are.)

But after A Million Little Pieces and Can You Ever Forgive Me? and Through Black Spruce and Jeremiah Terminator LeRoy, I’m thinking maybe this year’s theme is truth.

Can You Ever Forgive Me? and Jeremiah Terminator LeRoy are the stories of Lee Israel and JT LeRoy Israel forged letters from celebrities and sold them on the collectors’ market, while LeRoy didn’t even exist at all, being a persona invented by Laura Albert and Savannah Knoop.

James Frey originally published A Million Little Pieces as a memoir, then had to recant when it was exposed as a fiction. The movie, written by director Sam Taylor-Johnson and star Aaron Taylor-Johnson, simply adapts the book without addressing the controversy at all. And Don McKellar’s film of Joseph Boyden’s Through Black Spruce comes with its own cloud, since Borden’s Indigenous bona fides were called into question as the film went into production.

And that’s not all. Over and over again, I’ve seen movies at TIFF that engage with the idea, bubbling somewhere in the zeitgeist, that we have arrived at a place where the idea of objective reality is subject to negotiation.

Olivier Assayas’s Non-Fiction is the story of an author who can only write barely-disguised autobiography, using the term “auto-fiction” to rationalize his creative limitations, and to avoid responsibility for any damage resulting from the half-truths within Michael Moore’s Fahrenheit 11/9 is, of course, a documentary about the presidency of Donald Trump, a man who lies as easily as he breathes and never, ever takes responsibility for a single thing he does.

And of course Trump couldn’t have made it to the White House without Steve Bannon, the subject of Errol Morris’s latest documentary, American Dharma. In that film, Morris lets Bannon talk about the war between working-class heroes and the “elites” determined to keep the common man from rising up that this former investment banker turned filmmaker turned political mastermind imagines himself leading the workers rather than the elites is a contradiction Morris allows us to see for ourselves.

Not that Bannon could ever be brought around to that perspective confronted with objective realities several times in the film, he simply denies the premise of the question and talks about something else. It’s how Trump got elected. It’s how Doug Ford got elected. It’s how Nigel Farage and Boris Johnson convinced their countrymen to vote for Brexit. Lying works. You just have to keep repeating the lie, loudly and with great force, until you win. Fake it ’til you make it – consequences are someone else’s problem.

That’s the reality in which we’ve been soaking for the last few years, and the movies are starting to reflect it – stories of fraudsters and grifters who managed to get away with a given scheme, for a little while at least. Of course, the movies have the luxury of creating a narrative that gives us closure: the fraudsters are eventually held to account. In the real world, we’re still trapped in the second act.

Oh, but if you want a happy ending, Green Book will take the people’s choice award. Count on it.