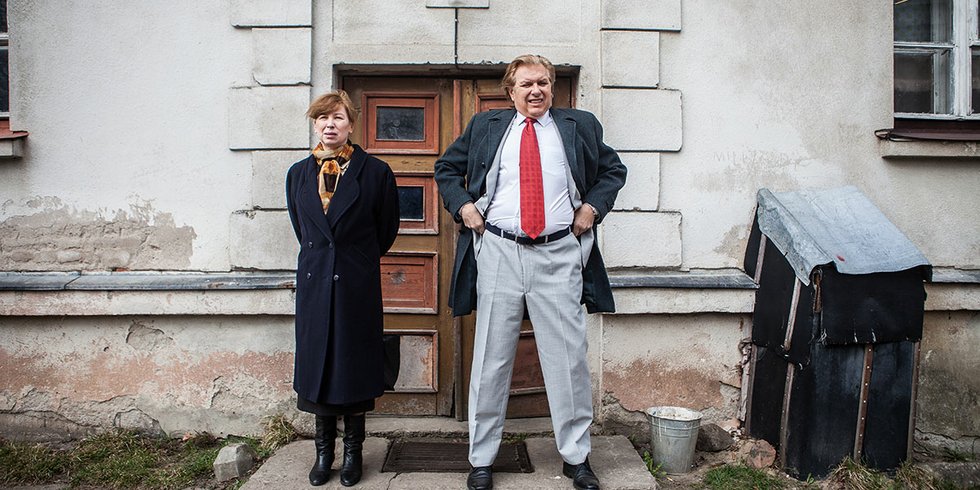 Making her first feature, writer/director Vertelyte sets a pretty easy satirical bar, with the British-born Ruginis doing a passable physical imitation of Donald Trump, right down to the hair and the overextended ties. (His Lithuanian is almost certainly better than Trump’s, though.)

There’s not much more to this uneasy buddy comedy than the sight of Bernardis goading the suggestible Irena to increasing levels of personal risk. But Mikulionyte and Ruginis are fun together, and Vertelyte convincingly re-creates the post-Soviet world in which they’re both ultimately trapped.