How an experimental Toronto play, which no one – including movie star Jodie Foster (!) – ever thought would make a movie, became one of the best, buzziest and timeliest TIFF premieres 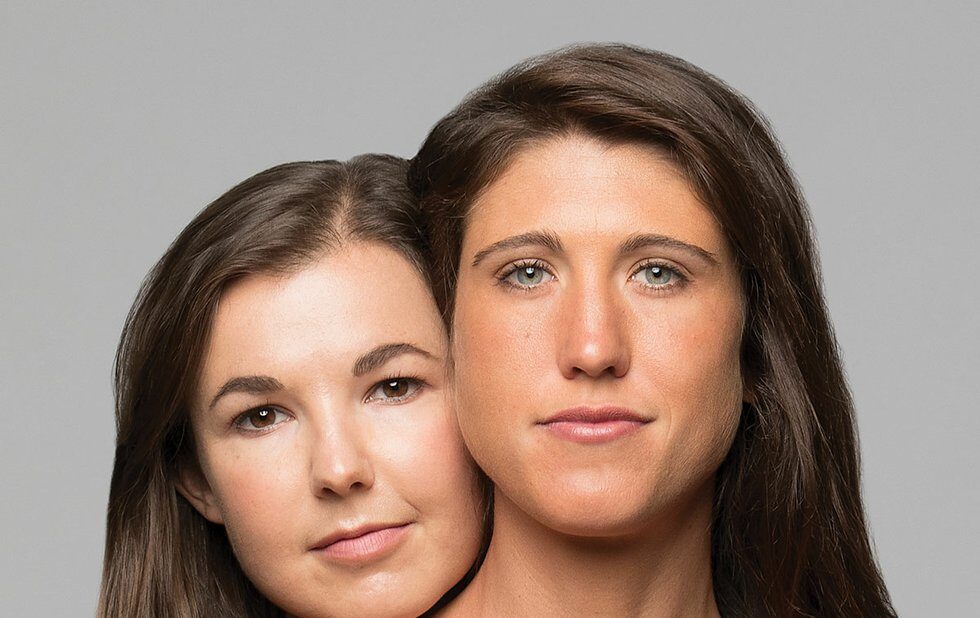 Norah Sadava (left) and Amy Nostbakken never thought their award-winning play would become a film. And then director Patricia Rozema saw the show.

There’s nothing new about acclaimed plays being adapted for the screen, but usually those plays feature strong plots, compelling dialogue and well-defined characters.

No disrespect to Amy Nostbakken and Norah Sadava, but their indie stage sensation Mouthpiece features none of that. There’s very little plot in the two-hander. There’s text, but it’s more a Beckettian stream of consciousness filtered through a 20-something boho lens. And while we get glimpses into the complex world of Cassandra, a struggling writer trying to pen a eulogy for her just-deceased mother, the other figures remain purposefully on the periphery.

The fact that the two playwrights, clad in white bathing suits, harmonize (literally – with lots of music, composed by Nostbakken) and weave in and out to inhabit the character makes it even more adaptation-unfriendly.

But director Patricia Rozema, who caught a performance of the play during its Nightwood presentation at Buddies in Bad Times two years ago, saw a movie in the material.

“I’ve always been a lover of Pinter, Beckett, Ionesco and, in film, Charlie Kaufman,” says Rozema. “I love the absurdist element and have been wanting to find its expression in film, and I thought this was that.”

She also responded emotionally to the material, which, in its bracingly original and poignant film version, opens TIFF’s Special Presentations series and features an all-female creative team that makes it fit perfectly into the current cinematic moment. (No inclusion riders needed here, thank you very much.)

“My first thought after seeing the play was, ‘This is a new voice, it’s strong and real.’ I have been a daughter. I’m a mother. My mother died when I was about the same age as Norah and Amy. So it felt like I had a legitimate contribution to make.”

Nostbakken and Sadava say they never dreamed the play would become a film.

“We went for coffee and the third thing that came out of Patricia’s mouth, after ‘Hi,’ and ‘Nice to meet you,’ was, ‘I’d like to throw my hat into the ring to direct a movie of the play,’” says Nostbakken.

“We both laughed,” adds Sadava, “because it was so out of left field.” 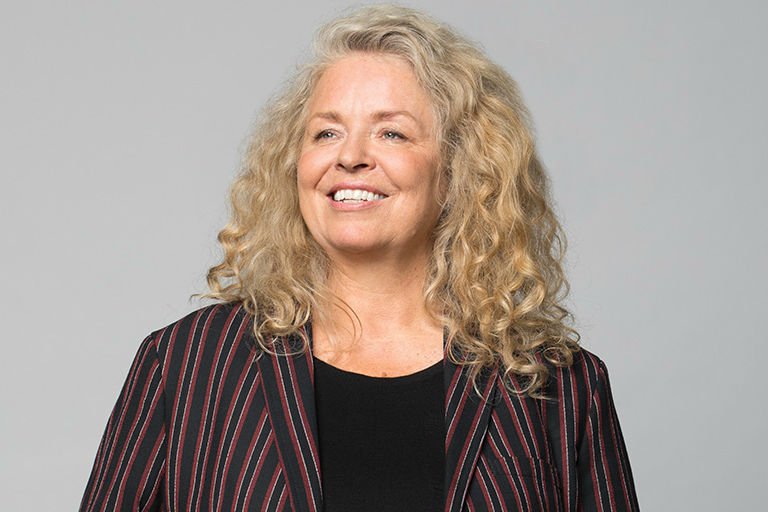 Only after finishing the film did director Patricia Rozema realize she had made it for her late mother.

Rozema invited the two women up to her lakeside cabin, and they hashed out what the play could be. A TV series? A feature? All three ended up telling each other stories from their lives that seemed relevant.

“Whatever made all three of us laugh or cry was what stayed in,” says Rozema.

One of the biggest changes was fleshing out the character of the mother, in the film a book editor who’s given up her career to raise her children.

“We were hesitant to expand the character of the mom,” explains Sadava. “We were trying to write a character that we kind of saw from behind. In the play, the audience gets to piece together for themselves who this woman was, so it was important that we didn’t define her too much. But we realized, writing the script, that this would be a great opportunity to see the full life of a complex woman onscreen.”

As a Dutch immigrant woman, Rozema’s mother wasn’t allowed to pursue higher education, even though her brothers did.

“She didn’t have the means of expression that she should have, and she always regretted that,” says the director. “Then later, in her early 50s, she decided to go back to school, finished a degree with honours and was just getting rolling when she got cancer and died.”

One of the joys of the film, besides seeing a complicated mother-daughter story – one filled with jealousy, competition, guilt and resentment – is watching the screen debut of the fine stage actor Maev Beaty as the mom, Elaine.

“At first the producers thought a ‘name’ actor would be better for the role, but no film star wanted to play second fiddle to two total unknowns,” points out Rozema.

“We were going down the list of actors, and I thought, ‘Why not take someone from here?’ and my mind immediately went to Maev. I’d been watching her onstage for years, and she’s got intelligence and this incredible bandwidth range. I’m proud of the fact that all three leads have never stepped foot on a film set before.”

Rozema gave the show an unexpected boost of publicity when she recommended to Jodie Foster and spouse Alexandra Hedison that they catch the play at Buddies while Foster was in town working. 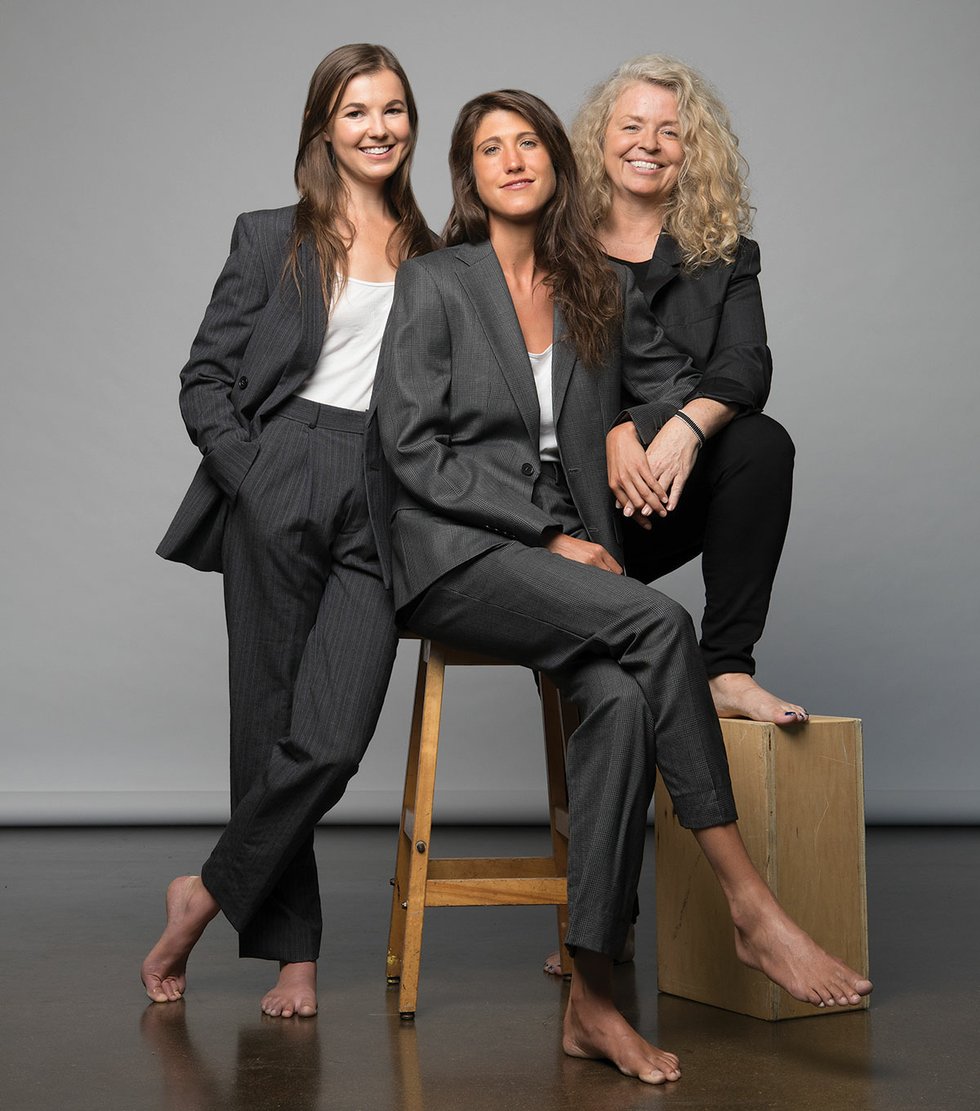 Nostbakken and Sadava still remember the moment when the Buddies box office manager told them two VIPs were at the show and wanted to meet them.

“I said, ‘Is it Margaret Atwood?” laughs Nostbakken, “but they said no, it was Jodie Foster. And, because Norah and I spend so much time together, we literally said, in unison, ‘The movie star?’ It was so incongruous. I mean, this is Canada!”

Foster and Hedison were so taken with the show that they financed a two-night performance of the work a few months later for their friends, family and industry types.

It’s easy to see the film as a product of this social and artistic moment, when women’s stories are finally, proudly, being told on the big screen.

But, as Nostbakken points out, when the pair began writing the show, in 2013, the social landscape was much different.

“It was pre-#feminism, which launched in 2014,” says Nostbakken. “When we premiered the show, Jian Ghomeshi had just been acquitted. Every time we remount the show” – it’s travelled across Canada to London, Edinburgh, Berlin and is set for more dates in California in 2019 – “people talk about how relevant it is.

“But before all that, it felt radical to write some of the things in the script, because they just weren’t discussed.”

Rozema, who dealt with the plight of another single Toronto female artist in her first feature, I’ve Heard The Mermaids Singing, says the film is proudly of its time.

“It is political in its DNA, but it’s not only selling an idea or way of thinking,” she says. “It just is that way of thinking. It’s shot by a woman, produced by three women, edited by a woman, features a score by a woman, has three women in its leads, with production and costume design by women. I loved working this way, and somehow I’ve never done it before.”

It’s clear that without Rozema’s enthusiasm, the film wouldn’t have got made. No one else thought it would translate to screen.

“It was just over a year from the time I saw the play to the time we started shooting,” she says.

“The whole process has made me re-examine the expectations people have around film. They have a very limited view of what film can do.”

Among other things, Mouthpiece is a glorious ode to living in Toronto, with everything from the Communist’s Daughter to The Bay to cycling dangerously close to streetcar tracks popping up onscreen.

Rozema recalls shooting a party scene in which she needed an extra bit of dialogue.

“I asked the actors to make up a story about raccoons, Canadian Tire and a snowblower,” she says. “Something that couldn’t take place anywhere else but here.”