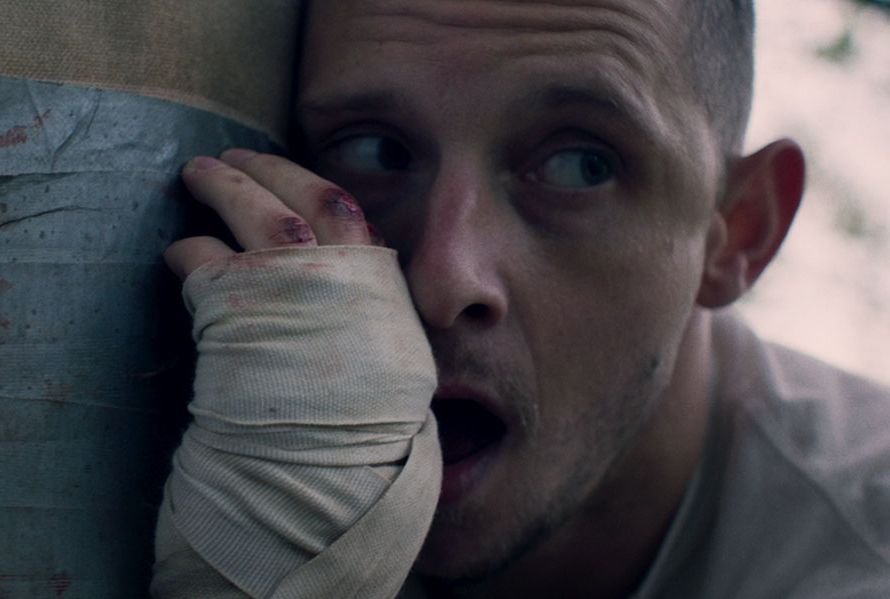 Donnybrook is an incredibly ugly film, morally not aesthetically. Though the drab and bloodied palette isn’t exactly the stuff you want to frame on a wall.

Set in a harsh swath of the American South, the character spectrum here is mostly drug-dealers, junkies and a crooked sheriff. Jamie Bell, so gritty and heartfelt, is the decent one in this crowd, though even his veteran Earl is introduced violently holding up a rifle shop. All he needs is a little loot so that he can take a road trip to the Donnybrook, a bare-knuckle tournament dangling a $100,000 cash prize.

The journey has Earl pairing up with Margaret Qualley’s Delia, a wounded soul who has committed heinous acts while under her rotten big brother’s thumb. The latter, played by Frank Grillo, is appropriately described as the devil, racking up a serial killer’s body count in a movie that takes every opportunity to make your body squirm and your soul sink.

Sutton’s skill is making you care for these characters and keeping you rooting for them to find some redemption. But then he punishes you for such hopes, all to get across a blunt and hollow message about Trump’s America.