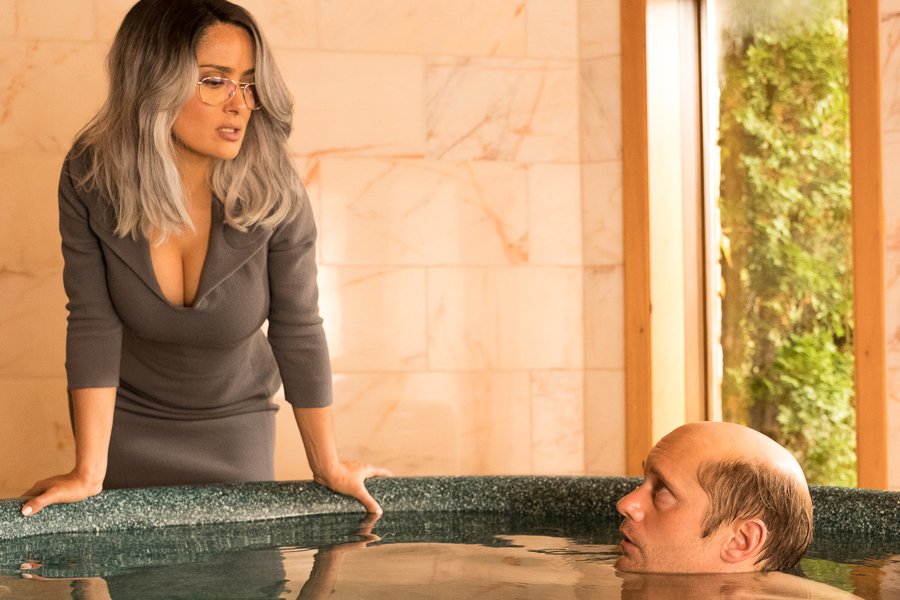 The latest from Montreal writer/director Nguyen (Two Lovers And A Bear, Eye On Juliet, the Oscar-nominated War Witch) is a curious sort of buddy picture, with Jesse Eisenberg and Alexander Skarsgård playing cousins who set out to run a fibre-optic line from Kansas to Manhattan in 2011 to save Wall Street traders a couple of milliseconds’ advantage on the markets. Naturally, things don’t go as planned.

Salma Hayek is the duo’s competitive ex-boss and Better Call Saul’s Michael Mando and Barry’s Sarah Goldberg turn up in smallish supporting roles, but The Hummingbird Project rolls along entirely on its leads’ awkward rapport.

Eisenberg filters most of the story’s stress through his usual fast-talking hustler thing, while Skarsgård – his angular good looks hidden under male pattern baldness and a paunch – takes the more broadly comic role as a fussy genius.

It’s lightweight but entertaining until the last act, when Nguyen starts running through the film’s themes with a highlighter. And even then, it’s fine.