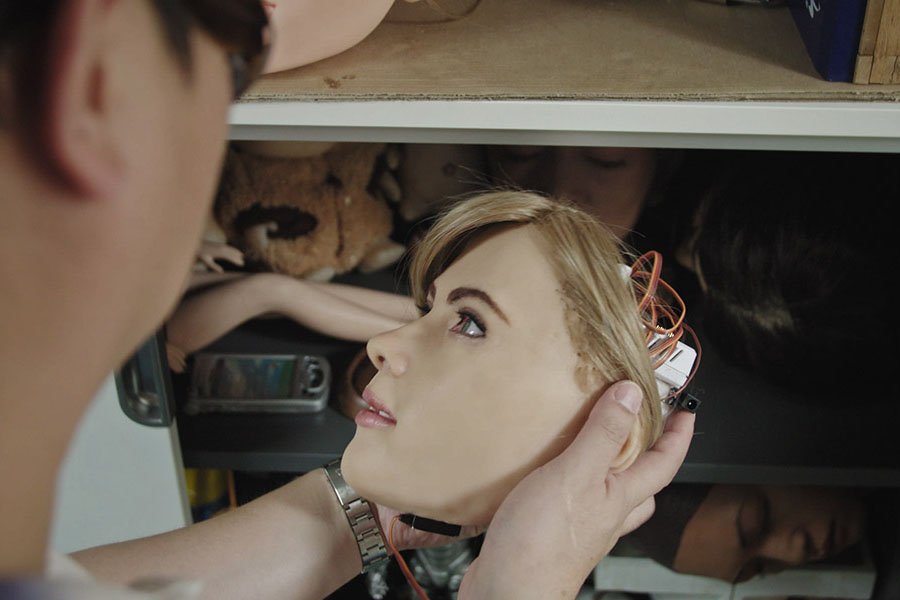 Pozdorovkin follows his satirical collage film Our New President with a more serious-minded project, examining humankind’s relationship to automatons and the evolution of a separate ethical perspective for them. Using SF writer Isaac Asimov’s Three Laws governing robot behaviour (a robot shall not harm a human, and so forth) as a loose framework, Pozdorovkin travels around the world, dropping in on locations like a Volkswagen plant in Germany where a malfunctioning robot crushed a human worker on the assembly line, a semi-automated Chinese postal station and a Japanese research centre where scientists manufacture and maintain their own android doubles.

And just when you’re ready to dismiss the movie as toothless and gimmicky, The Truth About Killer Robots looks at actual killer robots – a bomb-disposal bot that was hastily reconfigured to deliver an explosive to a Dallas mass shooter, and AI software that lets “smart” guns use facial-recognition software to target and take out supposed evildoers with no human handlers involved. Those segments are truly disquieting, nodding toward a future where we just sit back and let the machines decide who lives and who dies. When Pozdorovkin pivots to a lighter story of a man and his sexbot, it’s not reassuring at all.