TIFF review: Touch Me Not 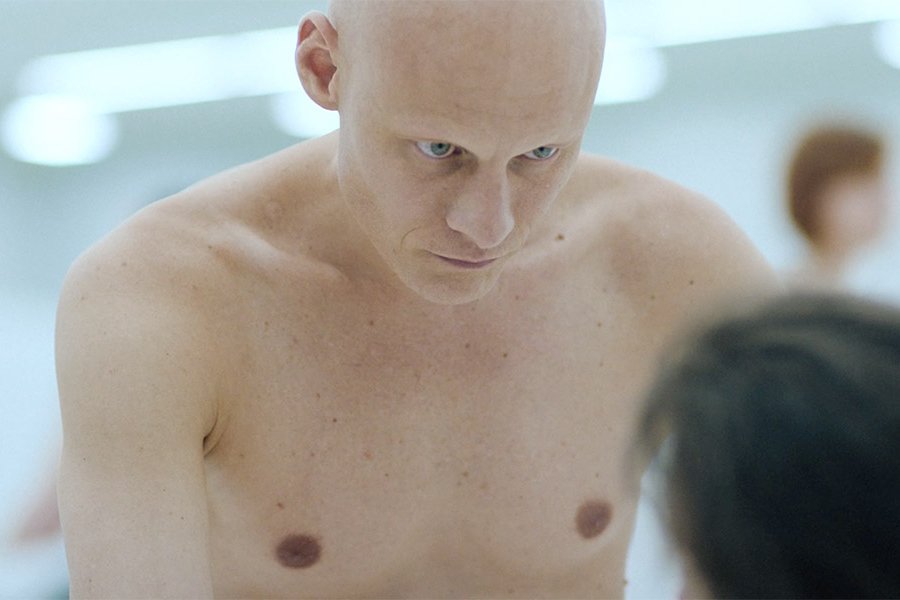 Touch Me Not might be the touchy-feel-iest movie playing at TIFF. Romanian director Pintilie’s polarizing Berlinale prize winner follows a pair of characters (Laura Benson and Tómas Lemarquis) who are estranged from their own bodies and engage in different forms of therapy to rekindle the desire for intimacy. Primarily, they connect with trans sex worker Hanna Hofmann and activist Christian Bayerlein, who is not allowing spinal muscular atrophy to inhibit his sex life.

Aside from having so-called “non-traditional” bodies, both Hofmann and Bayerlein exude warmth and openness and are extremely articulate communicators. Pintilie also films herself speaking to her subjects. The framing adds a meta-layer to the mix of documentary and scripted scenes that is less compelling than the exchanges in therapy sessions, but suggests cinema can be a kind of “surrogate” similar to the surrogate partners portrayed onscreen.

Blindingly white art direction gives the film a gloriously European arthouse aesthetic while effectively forcing the audience to confront the physicality onscreen as if part of the group therapy. Gratuitous trip to a sex club aside, Touch Me Not makes viscerally clear how aspects of culture – directly or indirectly – are damaging and marginalizing.

This is a movie that challenges you to get uncomfortable and then to articulate that discomfort.