NOW MagazineMovies & TVToronto International Film Festival 2018TIFF review: What You Gonna Do When The World’s On Fire?

TIFF review: What You Gonna Do When The World’s On Fire?

Roberto Minervini's documentary about the lives of Black Americans in the U.S. South is startlingly intimate 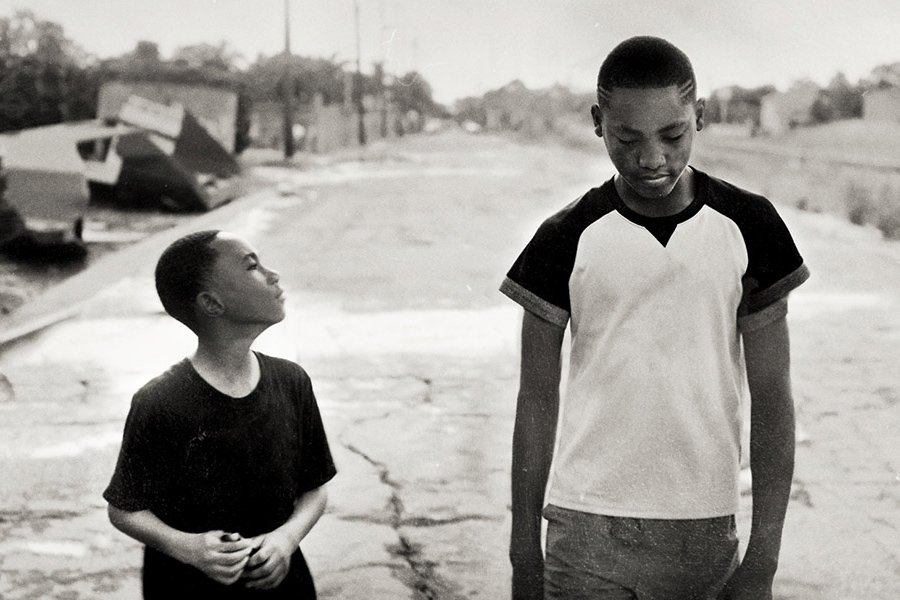 Italian-born, U.S.-based director Roberto Minervini has largely focused on stories set among working-class white American families in the southern U.S. For his fifth feature, he follows a group of Black Americans living in Jackson, Mississippi, and New Orleans, Louisiana, using striking and tightly framed black-and-white photography (by DP Diego Romero Suarez-Llanos). Lately, many filmmakers are reflecting on racism in America, but this documentary avoids a lighting-in-a-bottle “moment,” preferring to show everyday life with a close-up intimacy.

The film intercuts between three stories: Judy Hill, a bar owner and community focal point who has turned her life around adolescent brothers Ronaldo and Titus, who are grappling with the spectre of gun violence as they enter their teenage years and members of the New Black Panther Party as they comfort the poor and protest white supremacists and police violence. The portrait that emerges is of people constantly checking in on each other, of empathy, anger, pragmatism, patience and intense joy.

The access Minervini has to his subjects is startling at times. This is a film about faces, gestures and life lessons. One particularly heartbreaking moment comes when Ronaldo explains to his younger sibling that he must realize that he’s Black and thus subject to discrimination. It’s a mundane scene and yet it’s also momentous, recalling the work of James Baldwin.

Such quiet moments, captured in vivid detail, make What You Gonna Do unassumingly powerful.