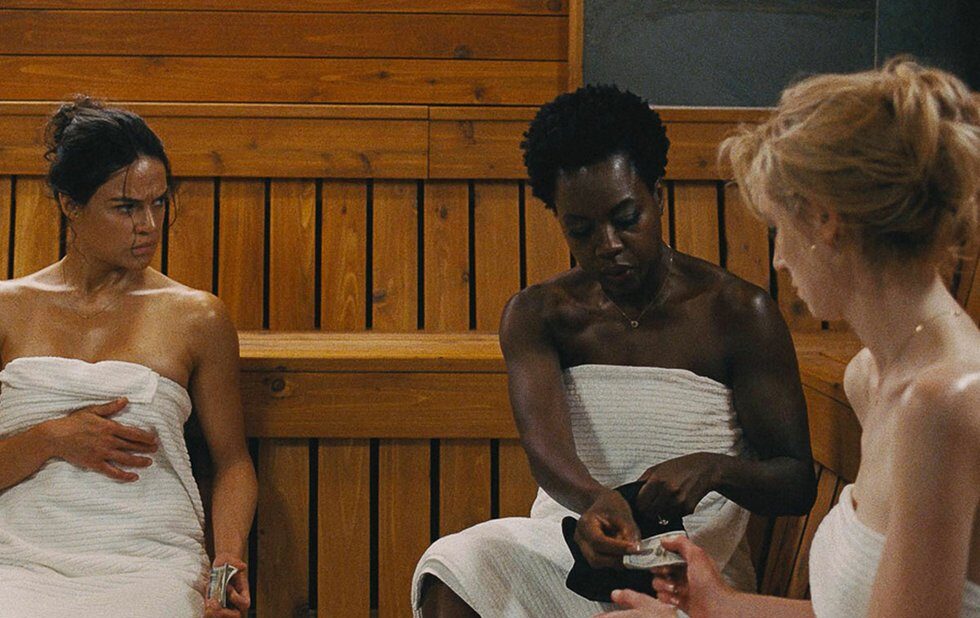 Like Denis Villeneuve’s Sicario, it’s a propulsive, artful genre work that finds something electric and unnerving in familiar material, elevating every moment with perfectly considered casting and a willingness to find unconventional choices and run with them.

Viola Davis, Michelle Rodriguez and Elizabeth Debicki are the eponymous widows, who band together to pull off the heist that would have been their husbands’ next job to pay off a mob debt.

An all-star cast fills out the supporting roles – Robert Duvall and Colin Farrell as father-son politicians, Brian Tyree Henry and Daniel Kaluuya as sibling gangsters, Liam Neeson, Carrie Coon, Garret Dillahunt, Jon Bernthal, Jacki Weaver – and McQueen and co-writer Gillian Flynn (Gone Girl) never treat any of them as furniture, even when the movie tips into its biggest set pieces.

There’s even a little social commentary thrown in, because… well, that’s what McQueen does. He can’t not.