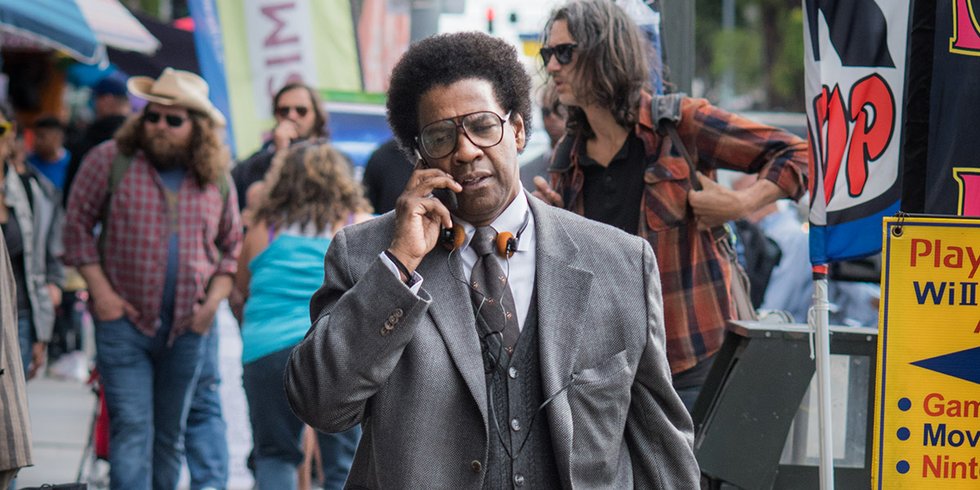 You’re going to hear plenty of celebratory awards talk about Denzel Washington’s performance, and they’re not entirely underserved. The actor – who could be easily accused of playing different variations of the same characters – is great in a role so far from anything we’ve seen him play before.

Washington’s Roman J. Israel, Esquire (he insists on that last part) is a lawyer accustomed to drafting paperwork in the backroom while his partner makes the public appearances in court. There’s a reason for that. He’s socially awkward, bumbles about conversations, and looks people straight in the eye while tripping over blunt truths.

He’s pretty much been stashed in a closet since the Civil Rights era, and is now thrust into the public at large when his partner dies, his idealism withering away with every cynical, morally compromising decision he has to make to survive.

The setup is akin to any time travel movie, where a relic confronts modern times. Here, the Civil Rights movement meets Black Lives Matter in an SJW movie that wears its wokeness on Washington’s ill-fitting sleeve.

Writer/director Gilroy makes considered points about recent Black activism, its different variations and the contradictions between them but he throws it all into a confused mix that is so frustrating to follow and never emotionally engaging.